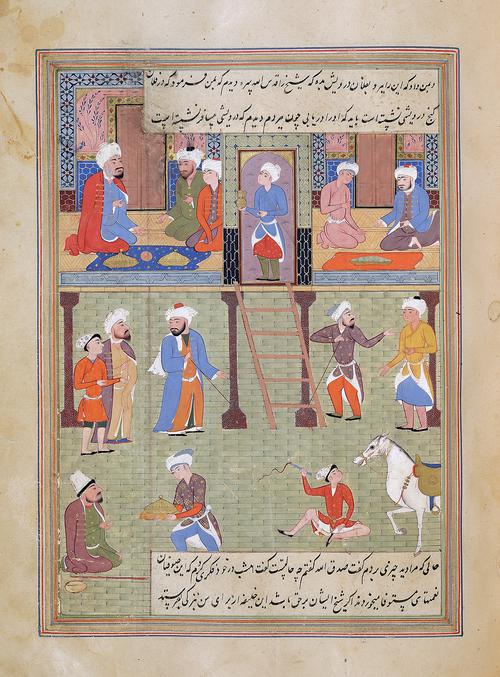 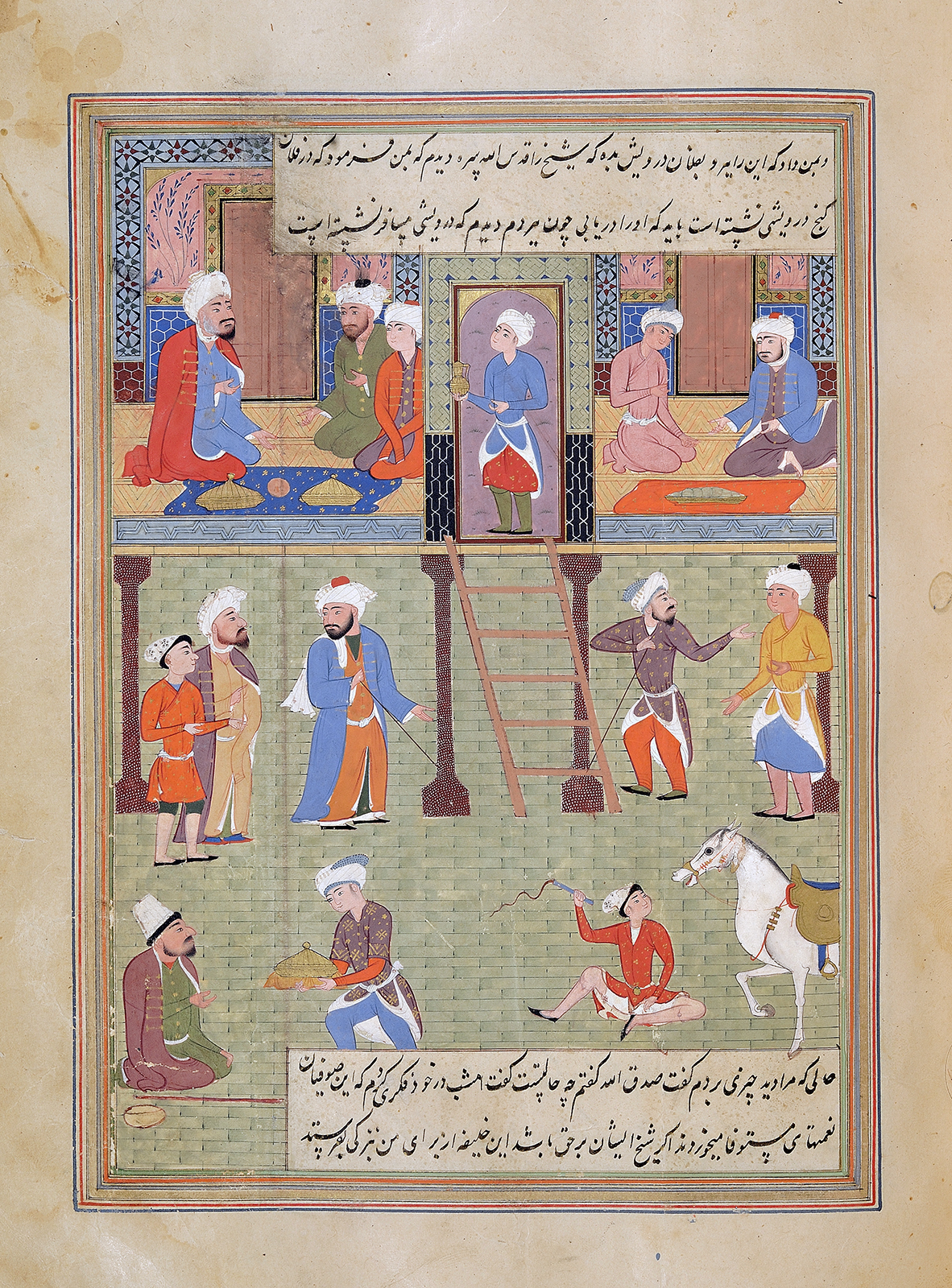 The story of the hungry dervish

“The story of the hungry dervish” depicts two phases of a narrative. In the upper left, a man sits in a dining room with two companions while two attractively prepared food trays lie beside them on the ground. The luxurious room is located in the top floor of a building constructed on columns. Beneath these columns, a servant presents a tray of food to another man whose headgear indicates he is a dervish. The story is as follows: Umar Nasr orders his servant to take a tray of rice and roast chicken to a dervish in the street. When the servant arrives with this food, the dervish tells him that he had dreamt the night before of how rich the meals of the sufis were. The dervish had also dreamt that Shaykh Safi had appeared and asked him if he would respect the sufis if they sent him gifts. In this dream, the shaykh added that he would send a gift to the dervish the following day to strengthen his will. The appearance of food confirms for the dervish that Shaykh Safi could read his thoughts.