Shaykh Zahid saving Surkheh (red) Faqih from the “Dragon of the Mind”, fol.76v 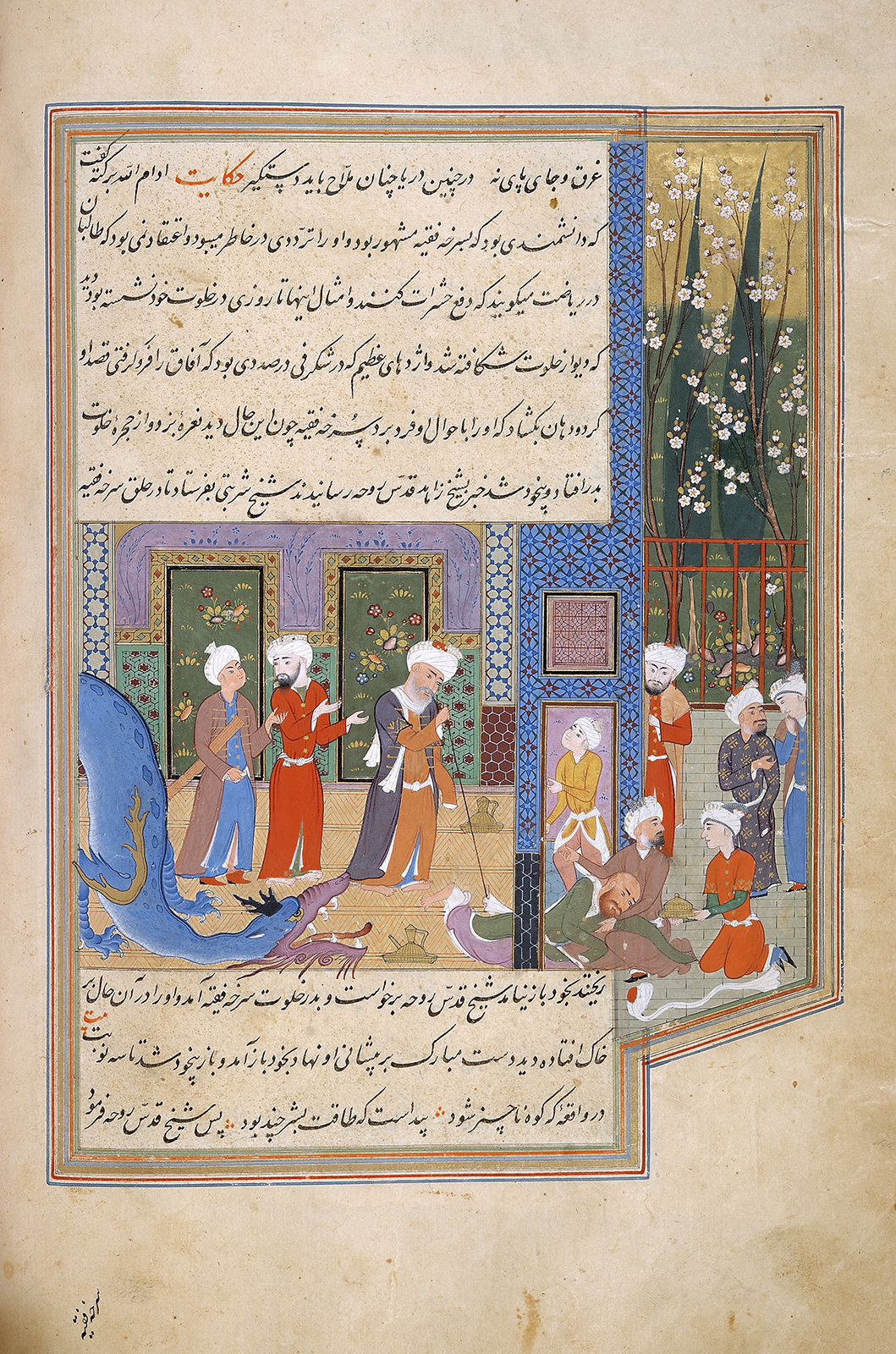 “Shaykh Zahid saving Surkheh (red) Faqih from the ‘Dragon of the Mind’” appears in the first chapter, which is about Shaykh Safi’s ancestors and his spiritual leader Shaykh Zahid. According to the story, a famous scholar named Surkheh (red) Faqih is suspicious about his pupils. One day while he is in seclusion (khalvat), a wall collapses and a dragon enters from the gap trying to attack him. Faqih rushes out of the room and collapses from fright. Shaykh Zahid is informed of this event, so he goes to see Faqih and resuscitates him by putting his hand on his forehead. After talking with him, he realizes that the dragon was a creation of Surkheh's mind and advises him to either fight with his “dragons” or take them to his grave. In the representation of this story a red-haired and red-bearded man is falling by the doorway as a blue dragon behind him lowers its head with its mouth open. An old man with a long stick in hand, who must be Shaykh Zahid, is standing inside the room in an even-tempered attitude.