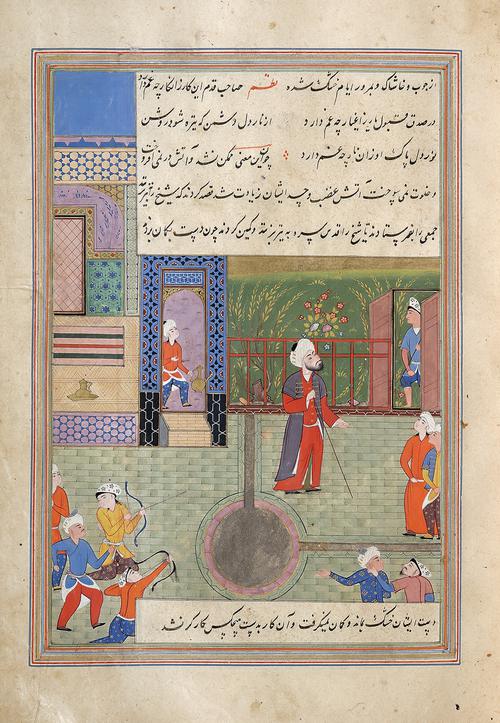 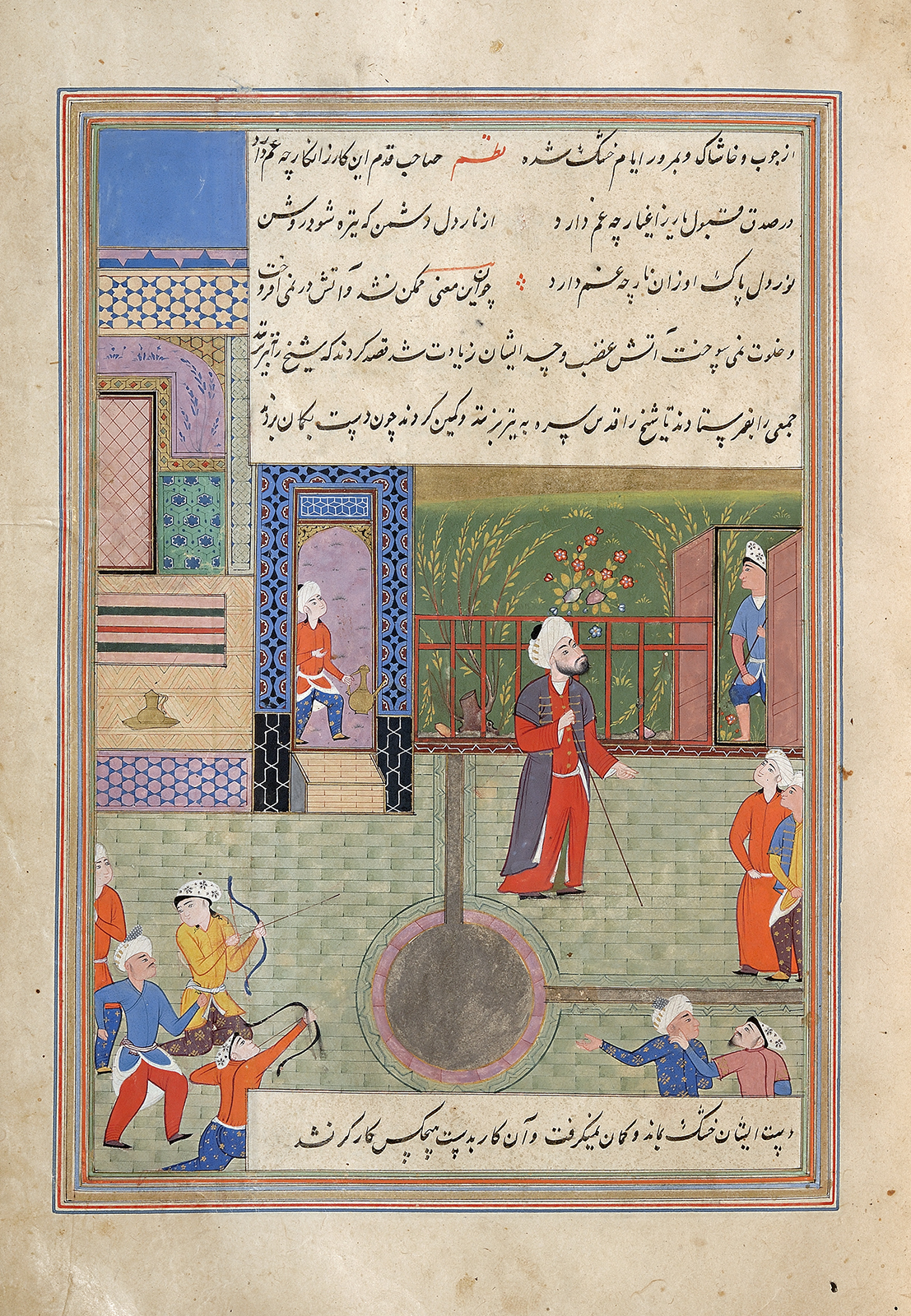 The painting “The unsuccessful assassination attempt on Shaykh Safi al-Din” is one of two illustrations in the fifth section of the seventh chapter. It takes place following Shaykh Zahid’s death and before the succession of Shaykh Safi. This period of almost three years was peaceful until some opponents of the shaykh became jealous over his increasing power and fame, and they began to devise a series of assassination plots (all of which are unsuccessful). First, they planned to kill him in a fire by burning his seclusion down, but they could not succeed as the flames were blown out by the shaykh’s spiritual power. Next, they decided to kill him by shooting arrows and sent their best archers, but none of them could release any arrows as their hands were paralyzed. Poison was a third attempt, though this failed, too, as someone warned the shaykh. Their decision to drown him at sea also failed when Shaykh Safi refused to take the ship. Finally, Shaykh Safi al-Din had a meeting with them and said that it was against God’s will to assassinate him, but if they really wanted him dead, he would poison himself. By his honest word, they were ashamed and asked for forgiveness. The painting depicts the assassination attempt by bows and arrows. Shaykh Safi can be seen in a courtyard by a circular-shaped pool with a stick in his hand. On the lower left corner, two men with bows and arrows can be identified as the assassins.