The Museum is temporarily closed in accordance with a provincial COVID-19 order. Go here for more details.
Leadership Team 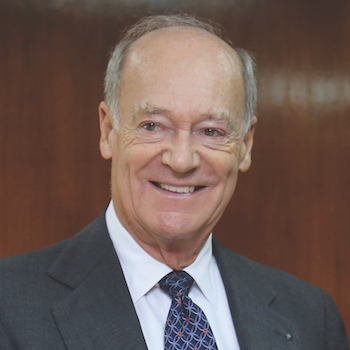 Prince Amyn Aga Khan (Chair) is a Director on the Boards of many institutions of the Aga Khan Development Network: Aga Khan Foundation, Aga Khan Fund for Economic Development (Chairman of its Executive Committee), Aga Khan Agency for Microfinance and Aga Khan Trust for Culture (architecture, urbanism and more recently music in societies with significant Muslim presence). He is also a Director on World Monuments Funds and Silk Road Project Boards. 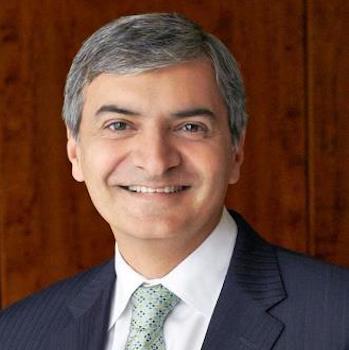 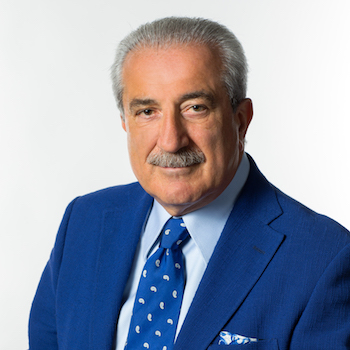 Radwan Khawatmi is Founder and President of Hirux International S.P.A., one of the leading producers of domestic electrical goods in Europe, as well as a supporter of Aga Khan Trust for Culture (AKTC)’s work in the restoration of the Umayyad Mosque and its minaret in Aleppo. 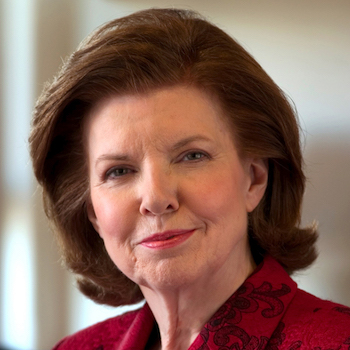 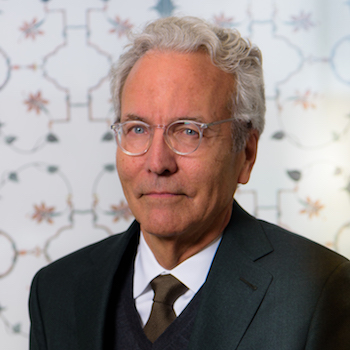 Thomas Lentz is a Fellow of the American Academy of Arts and Sciences. He recently retired as the Elizabeth and John Moors Cabot Director of the Harvard Art Museums. 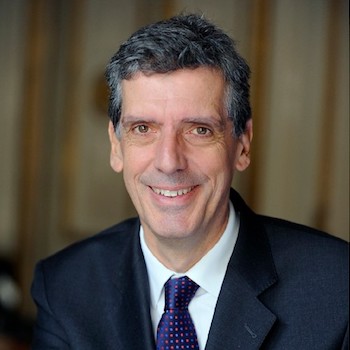 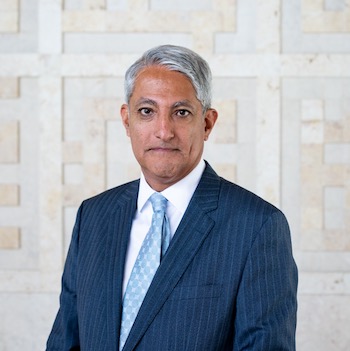 Malik Talib (Secretary), a Canadian entrepreneur and tax lawyer, is the past President of the Ismaili Council for Canada, serves on the National Committee of Aga Khan Foundation Canada, a non-denominational Canadian international development agency, and is the chairman of the Ismaili Leaders International Forum. 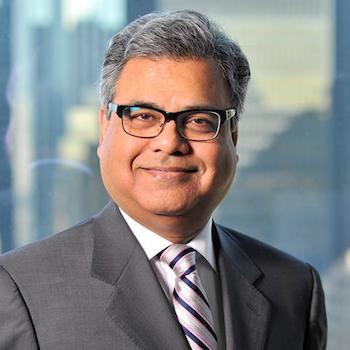 Raj Kothari is Vice Chair of PwC Canada and has served in various senior management positions at PwC including Managing Partner, Greater Toronto.  He is very active in the community and currently serves as Chair of the Board, Toronto General & Western Hospital Foundation.  He is also on the board of Soulpepper Theatre and Ontario Arts Foundation.  Previously he served as Chair of the Board of Governors of Stratford Festival Endowment Foundation, Canada and President of the Indo Canada Chamber of Commerce. 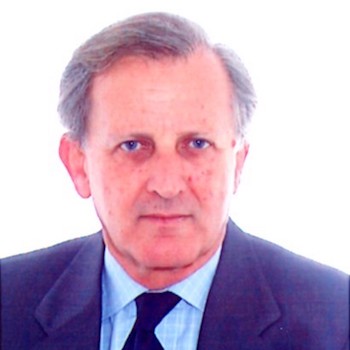 Luis Monreal, the General Manager of the Aga Khan Trust for Culture (AKTC), was previously the Secretary-General of the International Council of Museums at ICOM and Director of the Getty Conservation Institute. 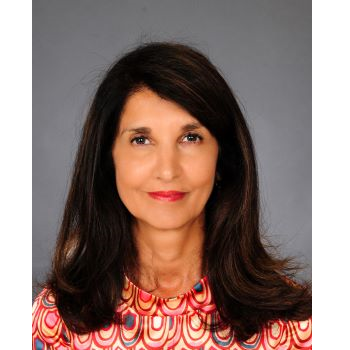 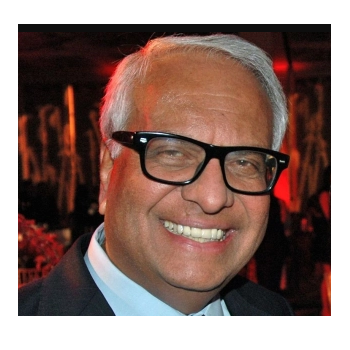 Amin Lalji is CEO of the Larco Group of Companies, and has previously served as Chairman of the Aga Khan Foundation Canada National Committee. 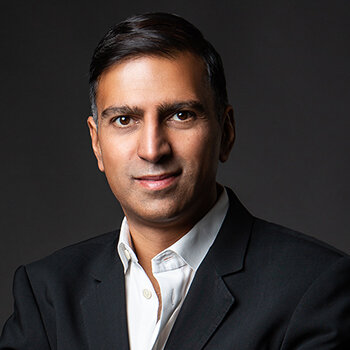 Irfhan Rawji is Managing Partner at Relay Ventures, and Founder & CEO of MobSquad. Irfhan also serves on the boards of Business/Arts, the Institute for Canadian Citizenship, Glenbow Museum, and CIFAR.

Zainub Verjee is a Senior Fellow of Massey College and a laureate of the 2020 Governor General's Award in Visual and Media Art for Outstanding Contribution. She has held leadership positions in the Arts, Culture, and Heritage sector and is currently the Executive Director of Galeries Ontario/Ontario Galleries—voice of Art Galleries and Museums in Canada. 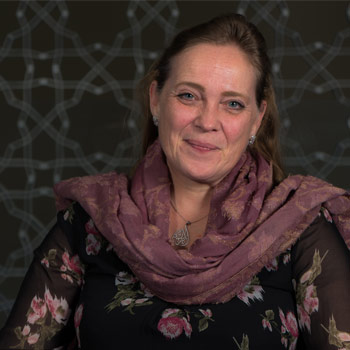 Dr. Ulrike Al-Khamis has over 20 years of experience as a curator and senior advisor for museum and cultural projects, working with institutions including the National Museums of Scotland and Glasgow. More recently Ulrike served as Co-Director at the Sharjah Museum of Islamic Civilization as well as Senior Strategic Advisor to the Sharjah Museums Department in the United Arab Emirates. 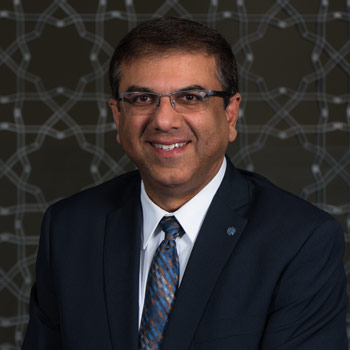 Kelly Frances is a leader in brand and business development. She brings over 20 years of marketing experience across diverse sectors and organizations, including the Royal Ontario Museum, the Art Gallery of Ontario, the Republic of Armenia, and the Global Centre for Pluralism, among others. Prior to joining the Museum, she held key leadership positions at a technology start-up and at one of Canada’s leading integrated advertising agencies.

Bob Baker’s 35-year career in the broader public sector spans leadership, organizational improvement, and team building. He is an experienced senior executive, working at national charities as well as in healthcare and higher education. These include Ryerson University, Habitat for Humanity Canada, Diabetes Canada, TVOntario, and Lakeridge Health Foundation.

As a third sector executive and consultant, he has extensive hands-on experience in designing and implementing integrated strategies, building brand and reputation, generating revenue streams, and moving decisions forward. He has extensive experience in strategic philanthropy, having led teams to raise in excess of $250 million in cumulative support.

We are deeply saddened to announce the passing of Vartan Gregorian, a founding Board Member of the Aga Khan Museum.

Vartan Gregorian was an illustrious historian and humanities scholar, with an exceptionally distinguished career as twelfth president of the New York Carnegie Corporation, president of Brown University and the New York Public Library, as well as provost of the University of Pennsylvania.

Gregorian was born in Iran to Armenian parents. He received his secondary education in Beirut, Lebanon, before moving to California in 1956 to attend Stanford University. Here, he graduated with honors in 1958 and was awarded his PhD in 1964.

In his capacity as an internationally acclaimed scholar, humanitarian and tireless volunteer for a variety of causes, Gregorian served on numerous boards, including those for many years those of the Aga Khan University and the Aga Khan Museum in Toronto after its inauguration in 2014. He was the recipient of numerous fellowships, including those from the John Simon Guggenheim Memorial Foundation and the American Council of Learned Societies. He was also a fellow of the American Academy of Arts and Sciences and the American Philosophical Society.

Gregorian’s work was recognized with numerous honors, including the Presidential Medal of Freedom, the US’s highest civilian award, the National Humanities Medal, France’s Chevalier of the Legion of Honor in recognition of his efforts to strengthen U.S.-France relations, and Armenia’s Order of Honor in appreciation of Gregorian’s service to his home country.

In 2010, Prince Karim Aga Khan IV announced the establishment of the Aga Khan Visiting Professor of Islamic Humanities at Brown University in honor of Vartan Gregorian. He was a close personal friend of both His Highness the Aga Khan and his brother Prince Amyn Aga Khan.

We are privileged to have benefited from Vartan’s enormous knowledge and experience during the early days of the Aga Khan Museum. He will be sorely missed.

It is with deep sadness that we announce the passing of James Wolfensohn, a key member of the Aga Khan Museum’s leadership team.

James was deeply committed to the arts and served on the Museum’s Board of Directors in 2014. He espoused completely the Museum’s aims and policy of education to promote pluralism and to reveal the cultural links that bind us. He also served as Chairman of the boards of both the John F. Kennedy Center for the Performing Arts and Carnegie Hall.

James, the 9th President of the World Bank Group, was a global champion of human rights, economic justice, and scholarship, as well as finding ways to alleviate poverty, to invest in sustainable development, and to promote social justice globally.

James Wolfensohn had a close relationship with His Highness the Aga Khan and presented him the Vincent Scully Prize on January 25, 2005 at the National Building Museum in Washington, D.C. His Highness recognized James for creating an ethic at the World Bank that recognizes that the development of individuals and communities are as important as return on equity.

We are honoured to have had James as a member of the leadership team at the Aga Khan Museum; he will be greatly missed.

Peter was a driving force in the development of the Aga Khan Museum long before we opened. In May of 2012, he was elected as a Founding Director of the Board of Directors, and maintained the position until his death in April of 2017. From 2014 to 2016, Peter was also Chairman of the Finance and Audit Committee of the Museum.

Throughout his five-decade career, including an unprecedented 15 years as President of McMaster University, Peter influenced a generation of students and researchers to be informed, engaged global citizens. It was an honour and a privilege to have Peter share his expertise and enthusiasm with the Aga Khan Museum. His humour and incisive perspectives will be sorely missed.”