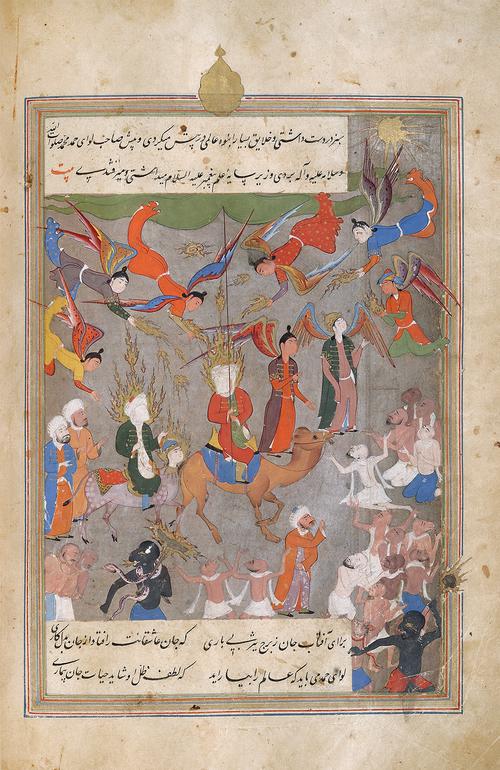 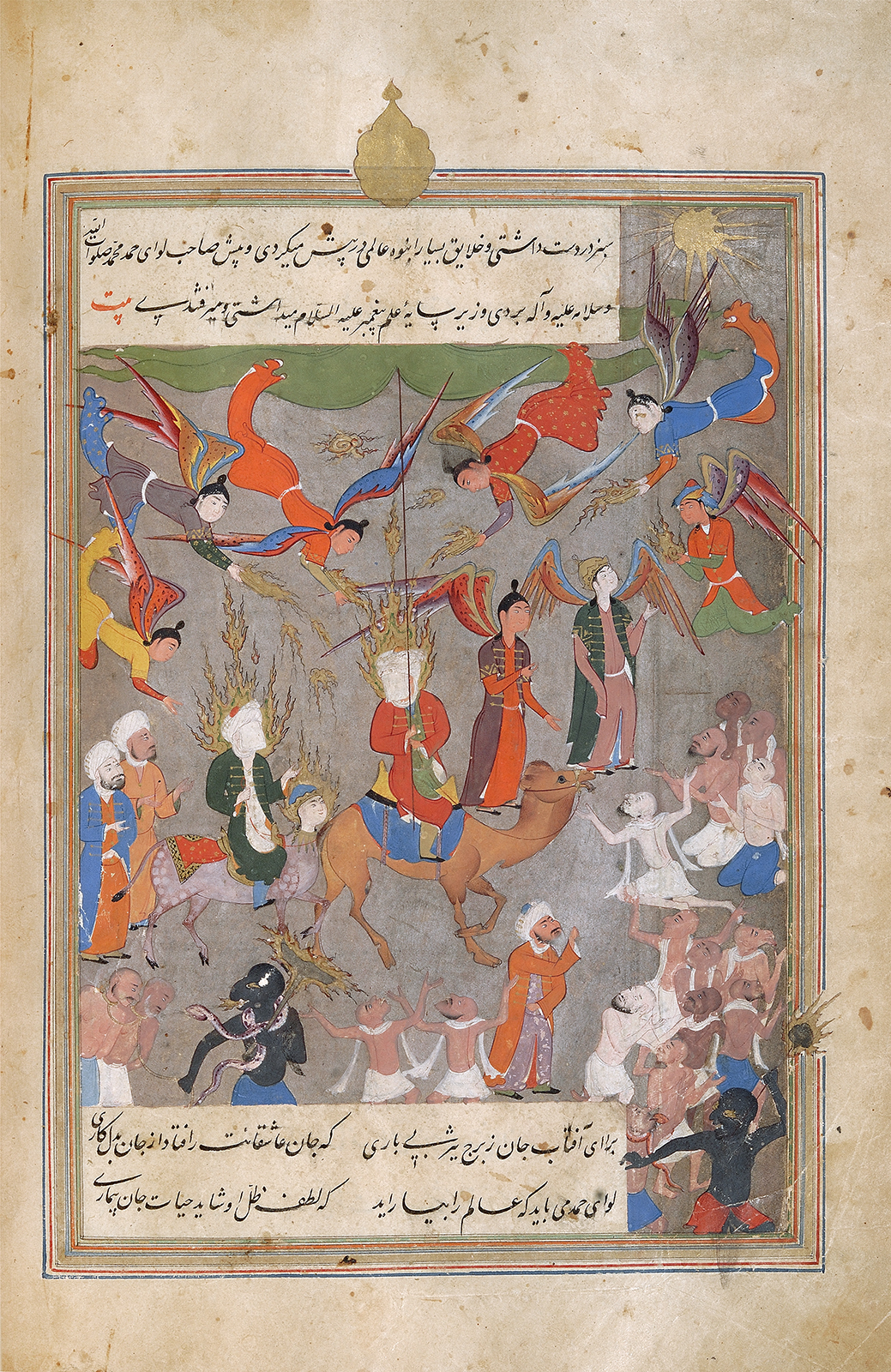 “Pir (elder) Ali Parniqi’s dream of the shaykh with Prophet Muhammad” is the third painting in the first chapter of Safvat al-Safa. This particular section in the chapter concerns the guidance of the Prophet, who has anticipated the coming of Shaykh Safi with his saying, “the person who saw me in a dream saw me correctly, for Satan has no power to come in my shape.” The text surrounding the painting conveys the story from Pir (elder) Saraj, whose father Pir Ali Parniqi has dreamt of the Shaykh holding a green staff in his hand and trying to bring order to a crowd. Muhammad Mustafa stands by his side as he takes them under the shadow of the Prophet.

The accompanying painting has many features combining the iconography and the traditional representations of the eschatological and ascension stories. There are two veiled figures in the middle ground: the first riding a camel and holding a long pole (that holds both a large green banner and a standard), and the second riding Buraq, the human-headed steed of the Prophet. On the upper register, angels carry trays of light (nur) over the veiled figures. On the middle left, two men are watching the riders as they move to a group of half-naked men who are apparently being tortured by two black divs (giants or demons) holding flaming maces.

Dreams in Islam carry a special authority as they communicate truth from the next world and are associated with mystical facility since the “true good dream” is a potential pathway to the divine. Moreover, the vision of Prophet Muhammad in a dream holds particular importance according to the tradition (hadith). Taking the references and iconographical elements into consideration, the camel rider who is described as “the keeper of the banner” should be the Prophet, whereas the Buraq rider is Caliph ‘Ali.