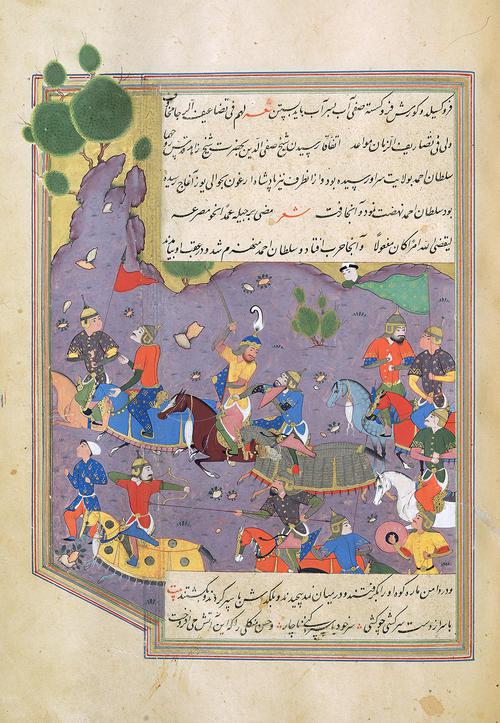 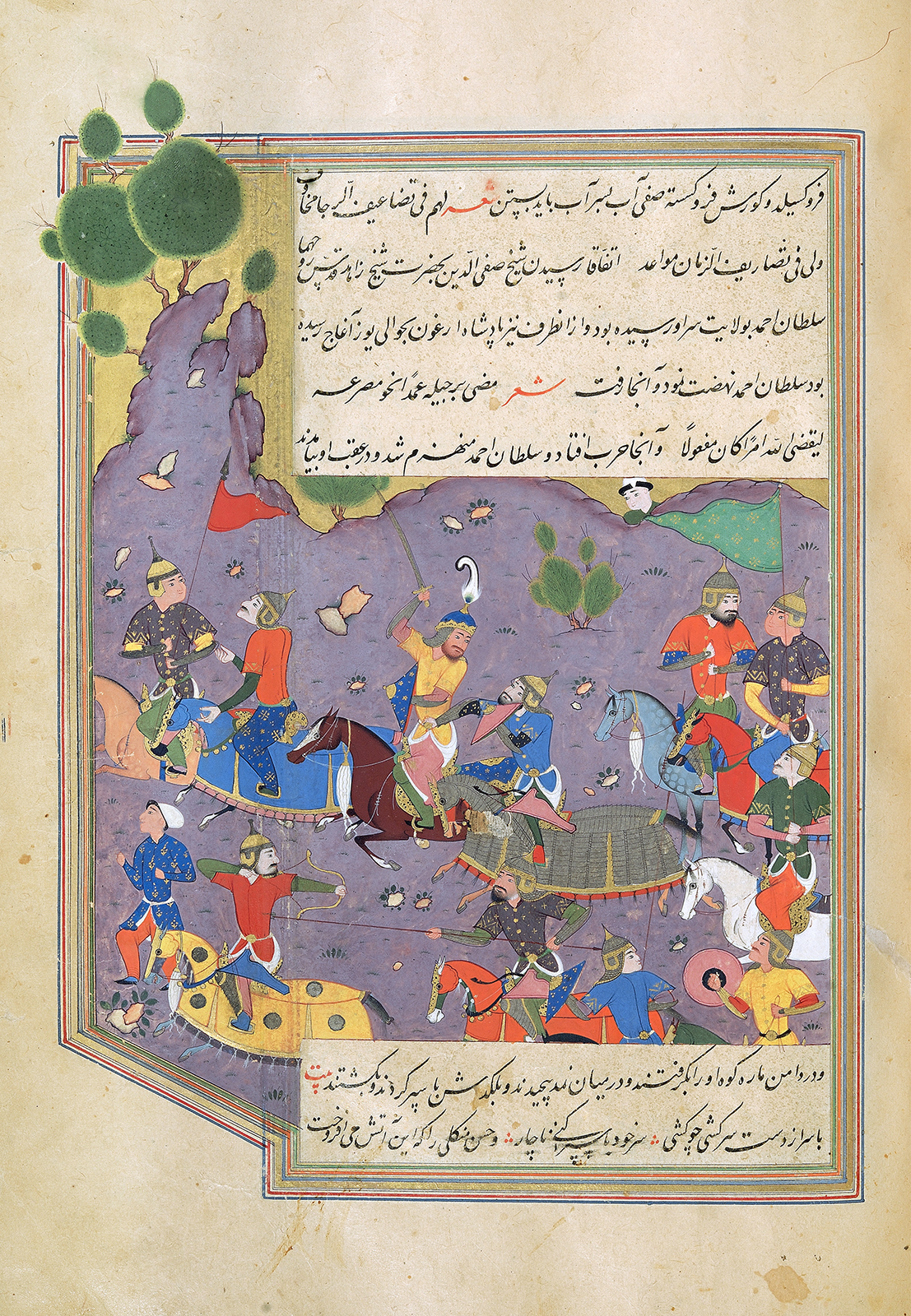 “The war of two Il-Khanid rulers, Arghun Khan vs. Sultan Ahmad” appears in the first chapter of Safvat al-Safa. The text gives information on the course of events that led to a war between two relatives, Arghun Khan (r. 1284–91) and his uncle Aḥmad, that culminated with Aḥmad’s death. The picture accompanying the text shows a battle scene where men on horses are fighting. Two men engage in close combat in the middle of the illustration. Both of their horses are in motion, and the man on the left is attacking another warrior behind him on an armoured horse with a sword. The swordsman is likely Sultan Ahmad; the other is likely Arghun.