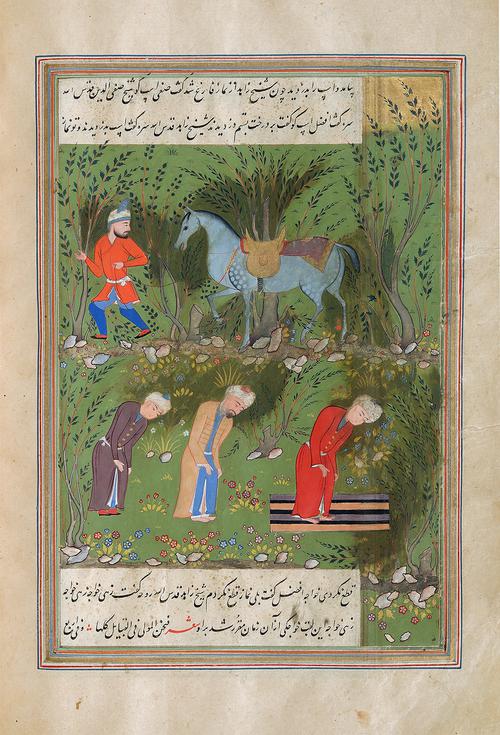 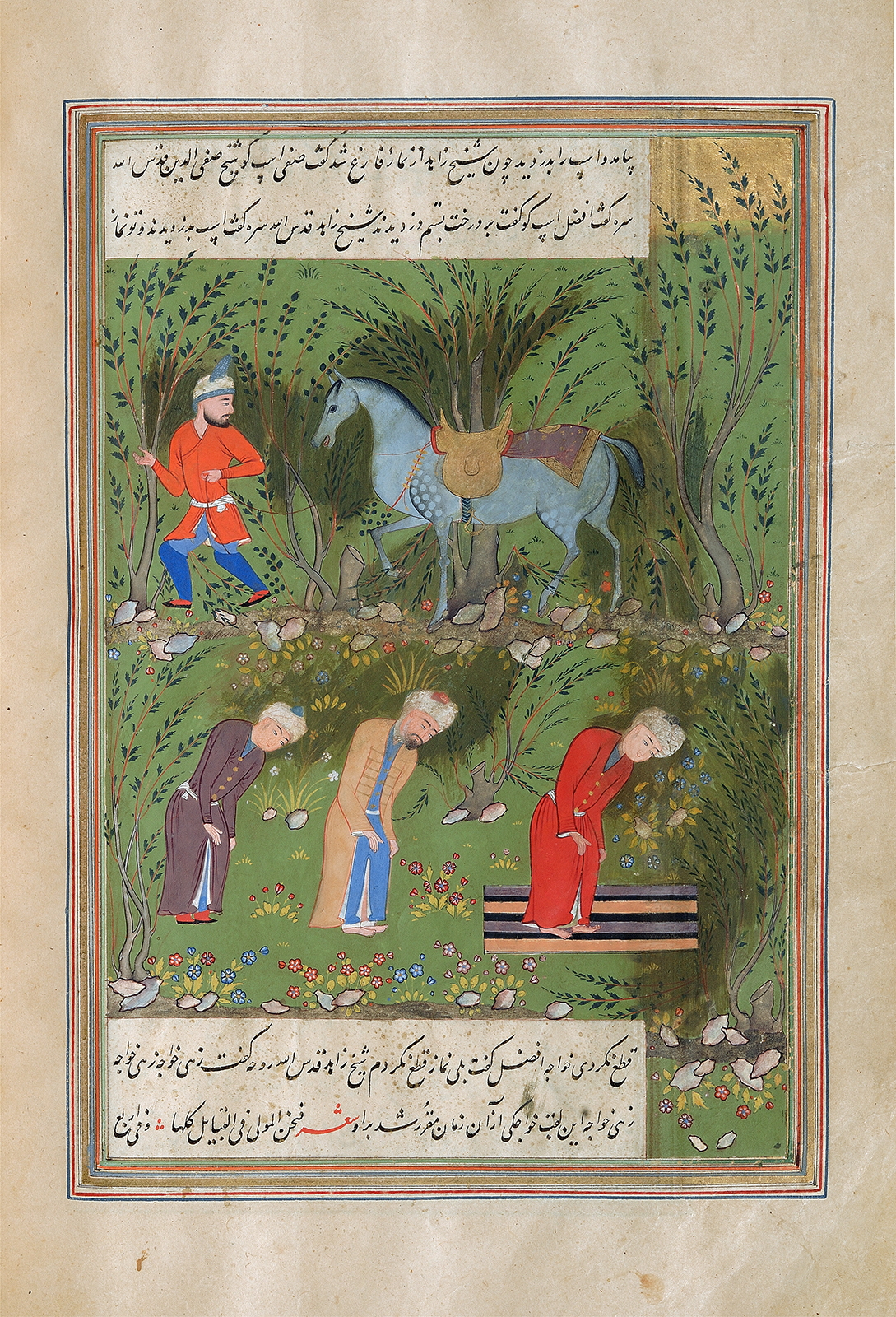 A thief stealing the horse

The last illustration of the manuscript, “A thief stealing the horse,” depicts a miraculous deed in the twelfth chapter, which concerns the prophecies of Shaykh Safi’s disciples. The episode tells the story of Shaykh Safi, Shaykh Zahid, and their young follower Afzal passing through the forest, where they stop for the daily prayer. First, Shaykh Zahid commends his horse to Shaykh Safi in order to complete his ritual. Shaykh Safi decides to join him and let Afzal keep an eye on the animal. Finally, the young boy ties the horse to a tree and joins the others. Then a thief comes and steals the horse. After their prayers, the shaykhs ask Afzal where the horse went. The boy replies that he did not want to quit praying. The shaykhs say, “congratulations, Khvaja,” which from then on became his pseudonym. The story does not end here, as the thief suddenly re-appears, pulling the horse. He grovels before Khvaja Afzal, claiming that the young boy did not let him take the animal away: he showed the thief visions of sea, fire, and swords, and he had no other choice than to bring the horse back. The illustration shows the thief stealing the horse in a green forest where three men bow in prayer. There is distinct overpainting of dark green on the heads of the men and the horse as well as on some parts of the forest. Those areas might have been erased and repainted afterwards since there are signs of relining on some of the contours and re-colouring of plants and flowers.