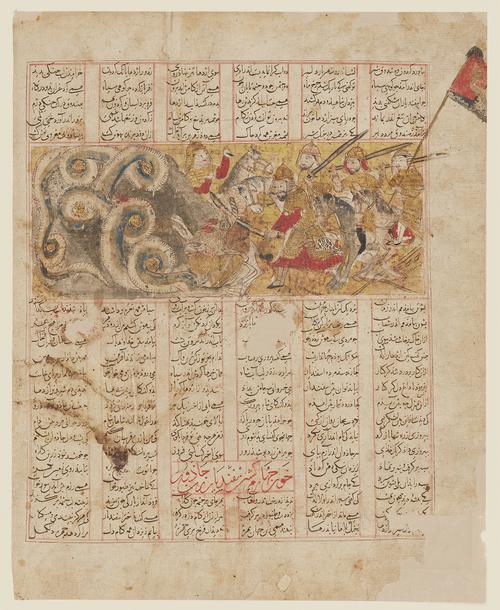 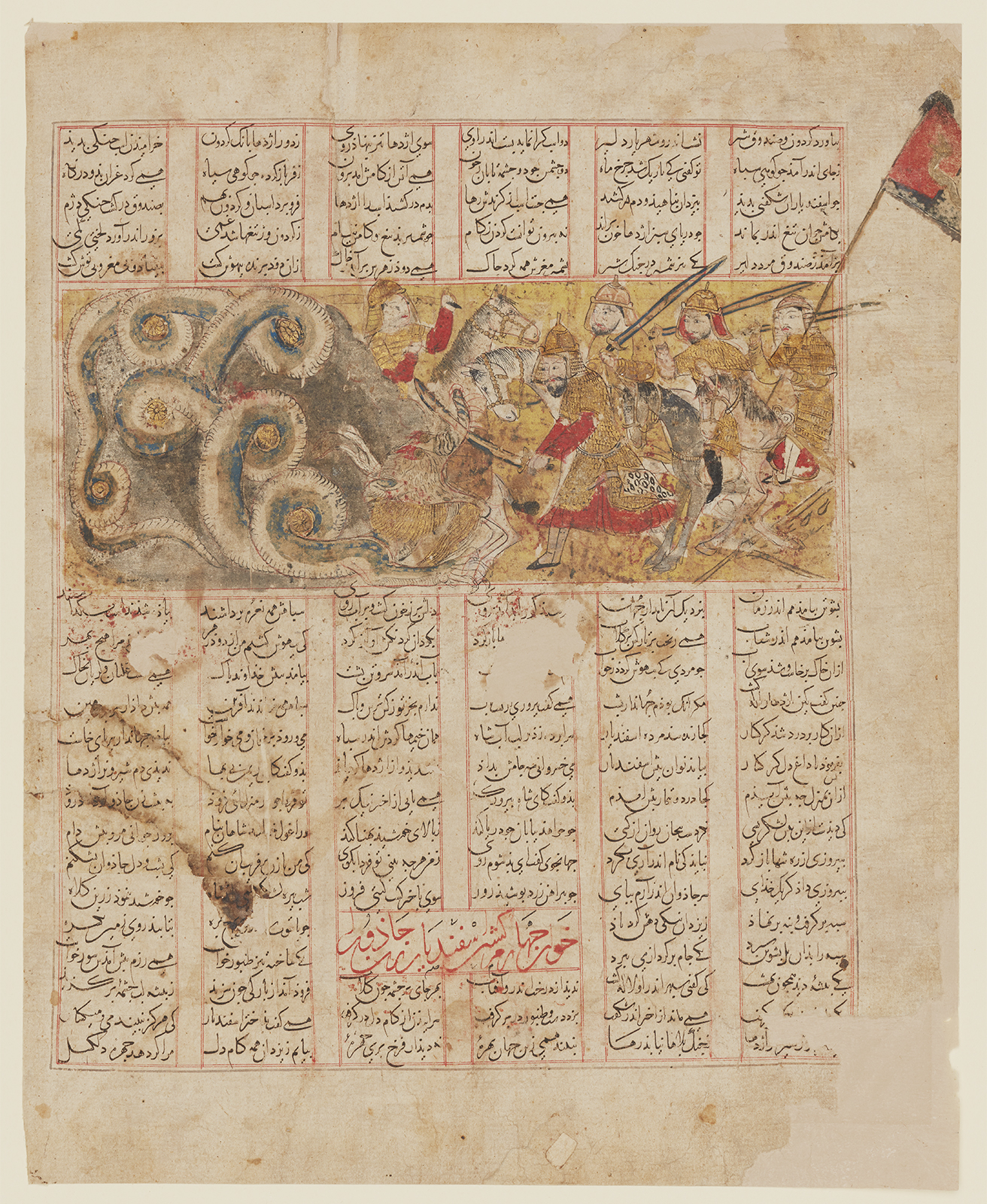 After slaying a pair of enormous wolves (an exploit not illustrated in the 1341 Shahnameh), Isfandiyar confronted two lions. According to Firdausi’s poem, Isfandiyar smote the lion with his sword, and then immediately killed the lioness in the same fashion. However, AKM34 depicts three lions rather than two, including one who appears to be facing forward while standing on its hind legs. Isfandiyar is depicted at the centre of the composition clad in gold armour and riding a black horse. Following closely behind is his trusted companion Bishutan, plus two additional warriors who are not mentioned in the poetic text. Interestingly, the Shahnameh verses recounting this story indicate that the lion fight took place on a plain, whereas the painting depicts a more dramatic backdrop: a mountainous landscape with blue and gold peaks and large flowering plants.

The illustration of Isfandiyar’s third exploit (AKM35) — in which Isfandiyar battles a dragon— depicts an enormous dragon, coiled and crouched against a dark mountain at the left side of the composition. Clearly, the creature has already swallowed the two horses and wooden box-like carriage bristling with swords that Isfandiyar had used to charge it: its gaping mouth contains part of the box as well as the hindquarters and tail of one of Isfandiyar’s horses. Its enormous body now looks black but may originally have been silver, while its many coils are highlighted with swaths of blue paint and gold rosettes. Standing against the painting’s ochre background, Isfandiyar hacks at the dragon’s head with his sword while his mounted troops, including a flag bearer, look on in dismay and astonishment.

Crowded and bursting from their horizontal frames, these illustrations were originally located on the back and front of the same folio (folio 180) in the 1341 Shahnameh. They exist today, however, as two separate leaves with sheets of plain paper on their backsides. When this manuscript of Firdausi’s Shahnameh was brought from Iran and dispersed in the early 20th century, several illustrated folios were split in half.