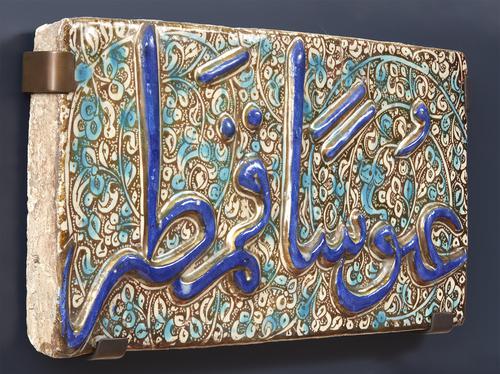 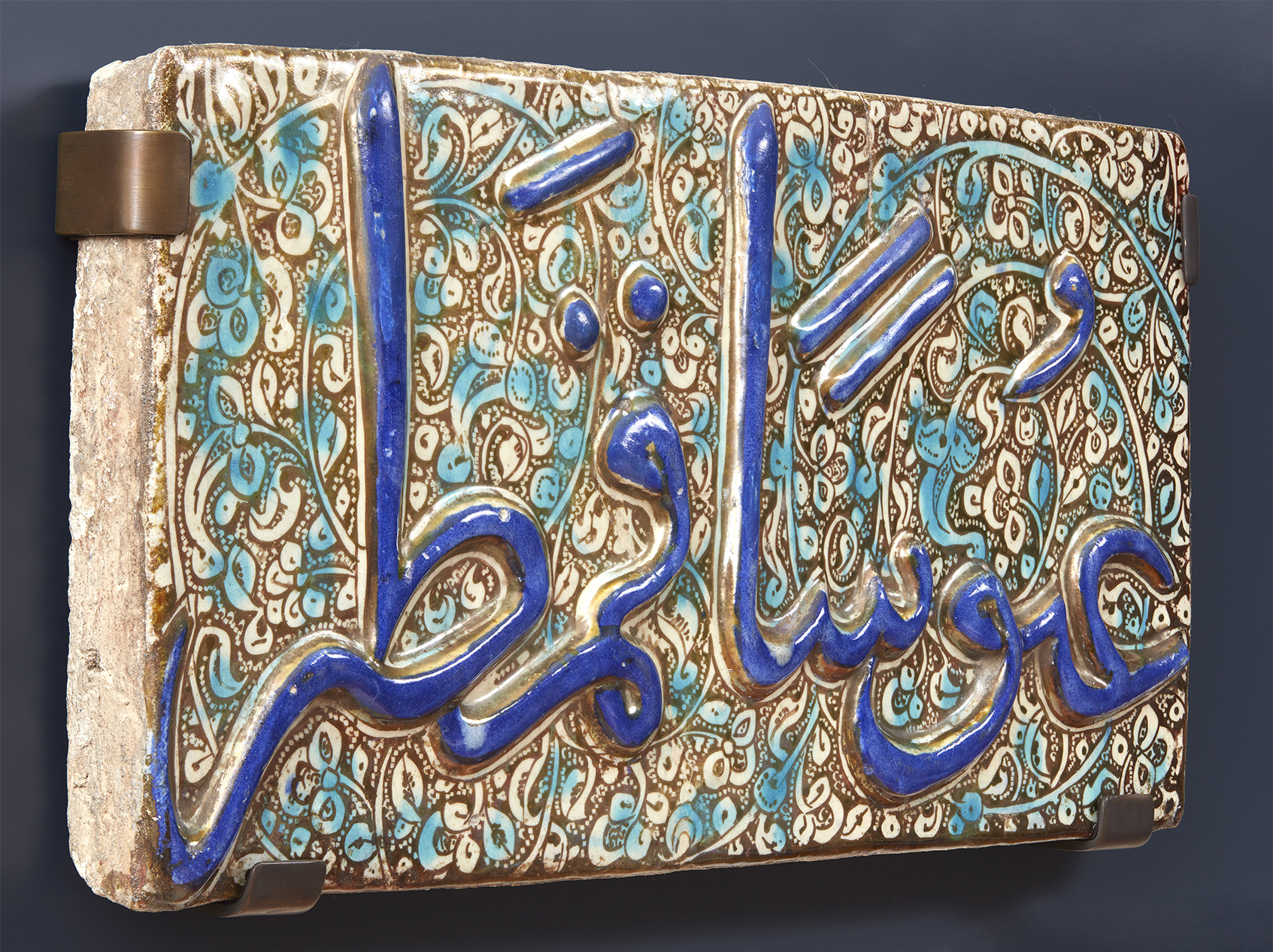 Possibly executed in Kashan, this borderless tile offers an impressive example of the lustre technique. Lustre painting involves compounding metal oxides to create bright yellows, browns, and other colours. The colour is applied after the first firing, which gives the tile body its shape and stability. Lustre painting was introduced from either Iraq or Egypt to Iranian cities such as Rayy and Kashan, already well-established centres for the production of fritware. Kashan is a city in the northern part of the Isfahan province of Iran, and the term for tile "kashi" in the Persian language is derived from the name of the city, underlining the prominent place of its ceramic and tile production between the 11th and 13th centuries.

The background of this tile is richly patterned with spirals and crisp vine scrolls of stylized flowers and leaves. These contrast with the turquoise and cobalt blue to create an aesthetic very characteristic of Ilkhanid Iran. The moulded cursive script painted in cobalt excerpts a Qur’an citation, (62:8) sura al-Jumu’ah (Friday), and is part of a longer frieze.