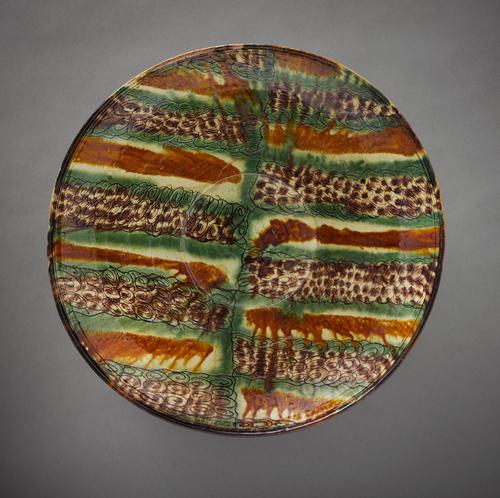 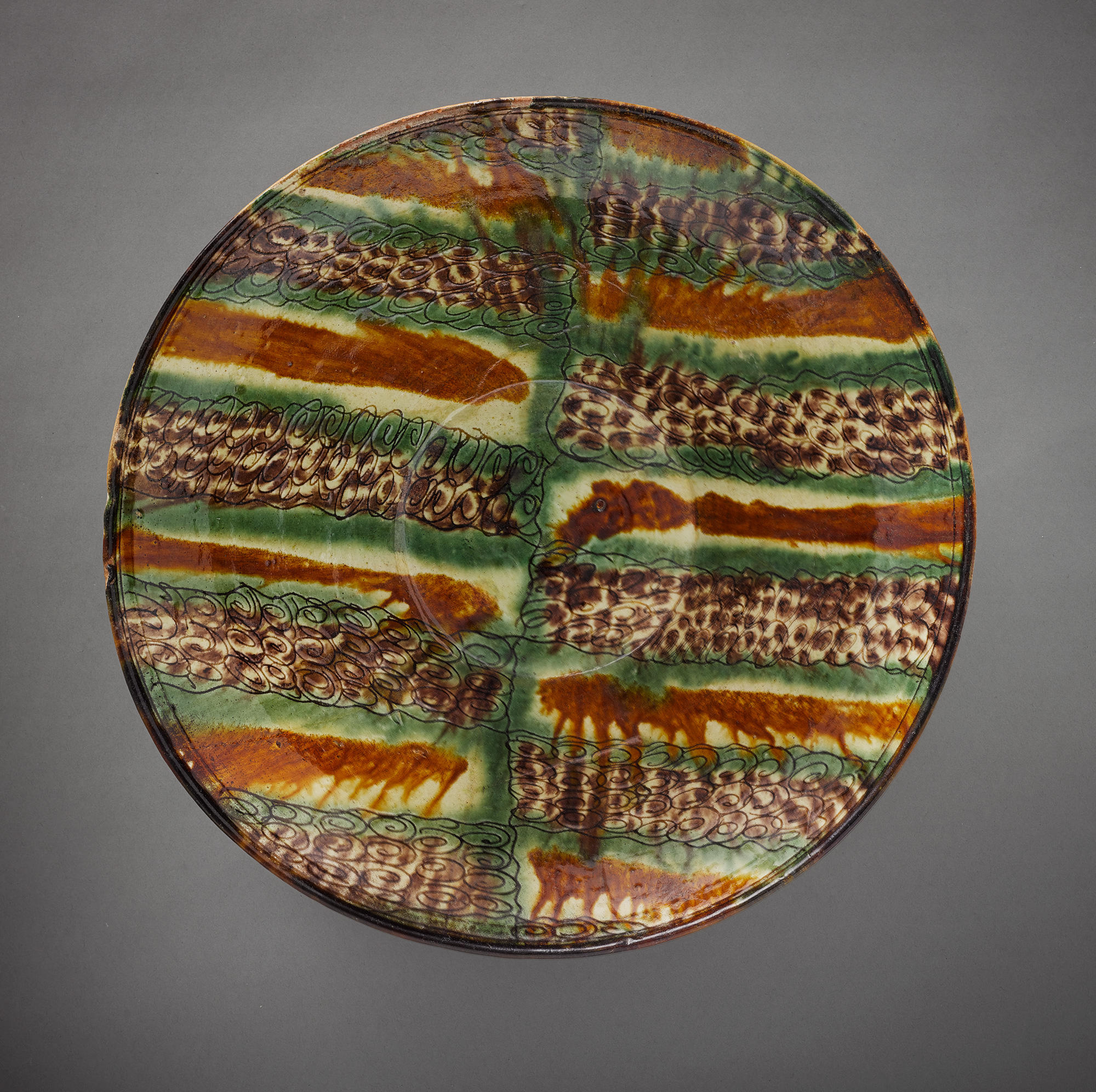 This exceptional dish with its broad splashes of ochre, green, and brown glazes over a white background with an incised pattern is as pleasing to the eye as it is probing to the intellect. The similarity of its splashing effect and colours to the splash-painted wares (san-ts’ai) of the Tang dynasty (618–907) led to the assumption that this style was directly influenced by imports from China into the Abbasid realms of Iraq and Iran. Indeed, there is ample evidence that during the ninth century, potters in Abbasid Iraq tried to emulate the forms and visual effect of imported Chinese porcelain, which led them instead to use tin glaze to create a white background on earthenware. The Chinese splash-painted ceramics, however, were mainly developed as figurines and tomb goods and were not utilized in daily life. There is also no evidence they were ever exported to Iran where this intriguing dish was made. Could this be a case of exchange of ideas for which we have lost the evidence, or could it be the result of simultaneous development in design and glazing techniques?