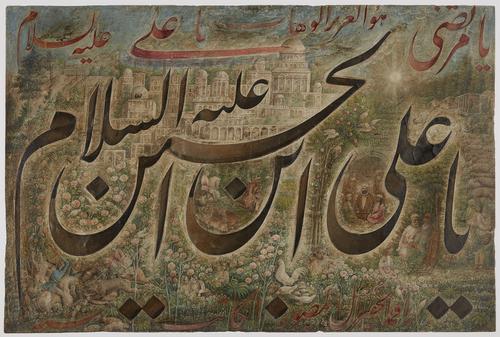 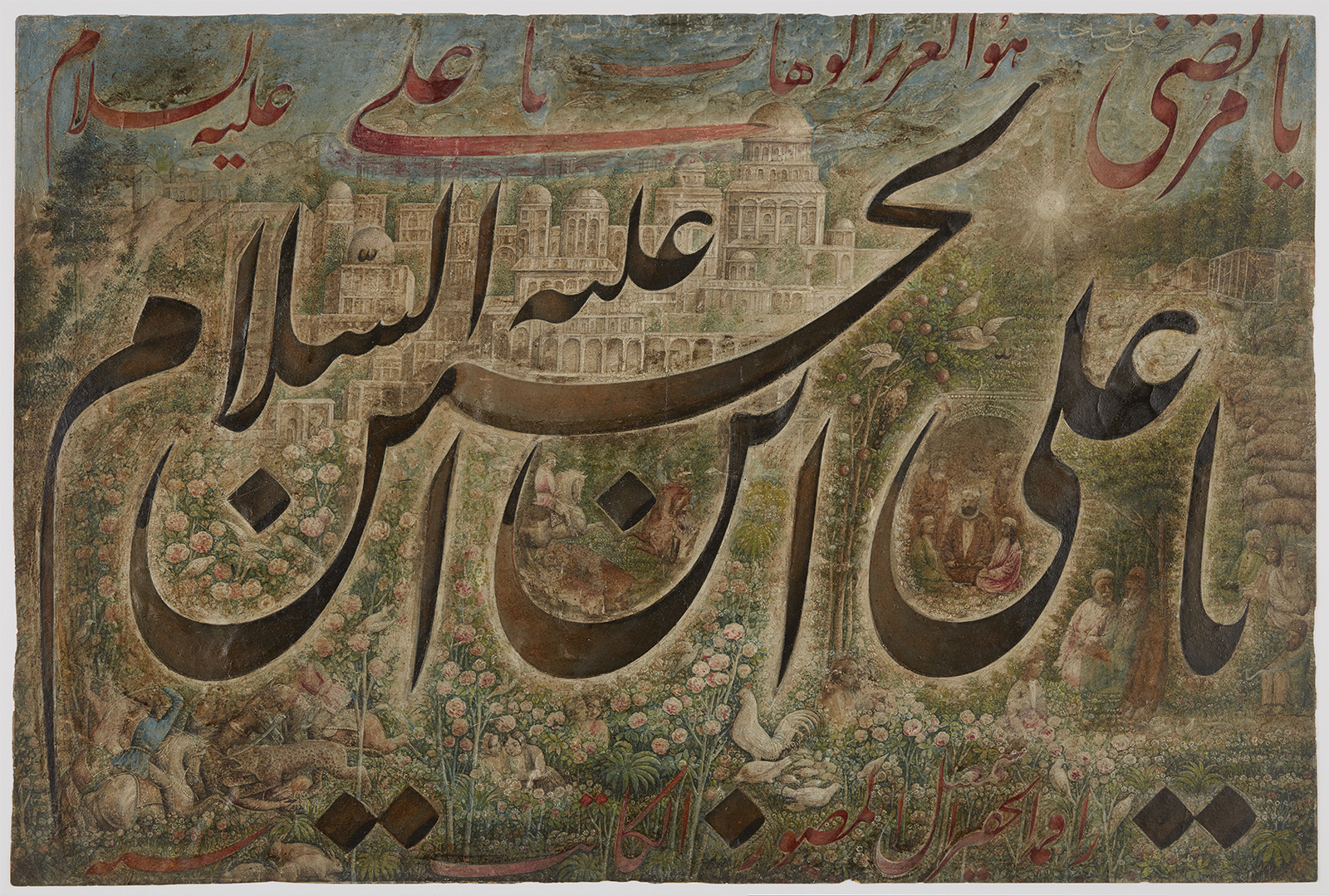 The calligraphy invokes God, the Prophet Muhammad, ‘Ali, and ‘Ali ibn al-Husayn. One of the vignettes reveals ‘Ali seated with his sons, Hasan and Husayn, next to the terminal ya of the world rendered in a bold stroke of black-pinned calligraphy. The other vignette displays an aged Sufi dervish. Isma‘il Jalayir painted at least four portraits of Nur ‘Ali, the leader of the Nimatullahi Sufi Order. This depiction of an elderly Sufi might suggest the interest of the artist in Sufism. These almost hidden scenes are a distinctive aspect of the artist’s style and create a pictorial link to the calligraphy.

The son of Hajji Muhammad Zaman Khan Jalayir of Khorasan, Isma‘il was trained at Dar al-Funun in Tehran, where he studied calligraphy with Master Mirza Ghulam. The Dar al-Funun, a polytechnic institute based on Western models and founded in 1851 during the tenure of Prime Minister Amir Kabir and the reign of the Qajar ruler Nasir al-Din Shah (r. 1848–96), [2] also started teaching photography, along with lithography, around 1860, when these subjects were adopted by the Qajar rulers as part of artistic education. [3]

Isma‘il Jalayir’s work was much appreciated by the shah, who commissioned a portrait and favoured the artist at court. Jalayir had a studio at Dar al-Funun where he worked as an artist and taught students. [4]