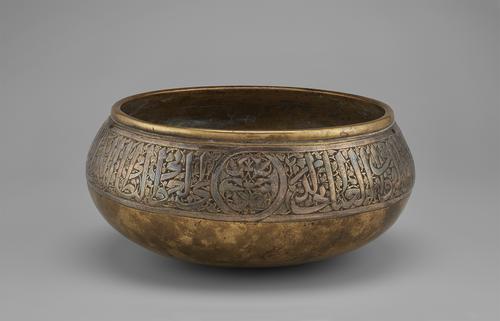 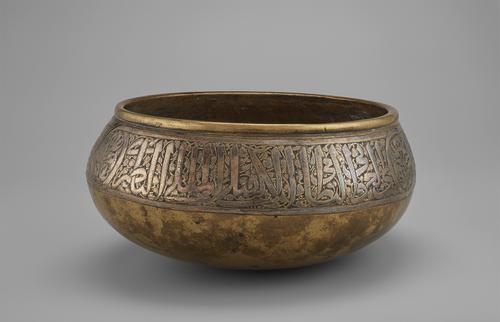 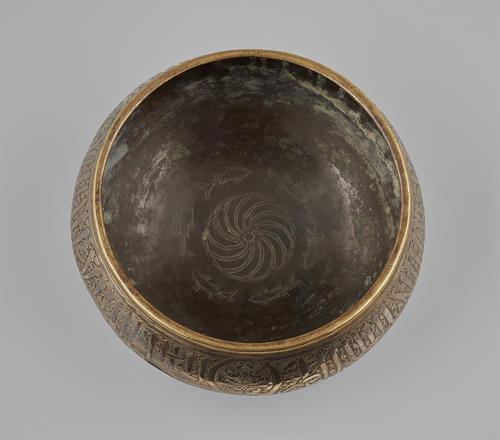 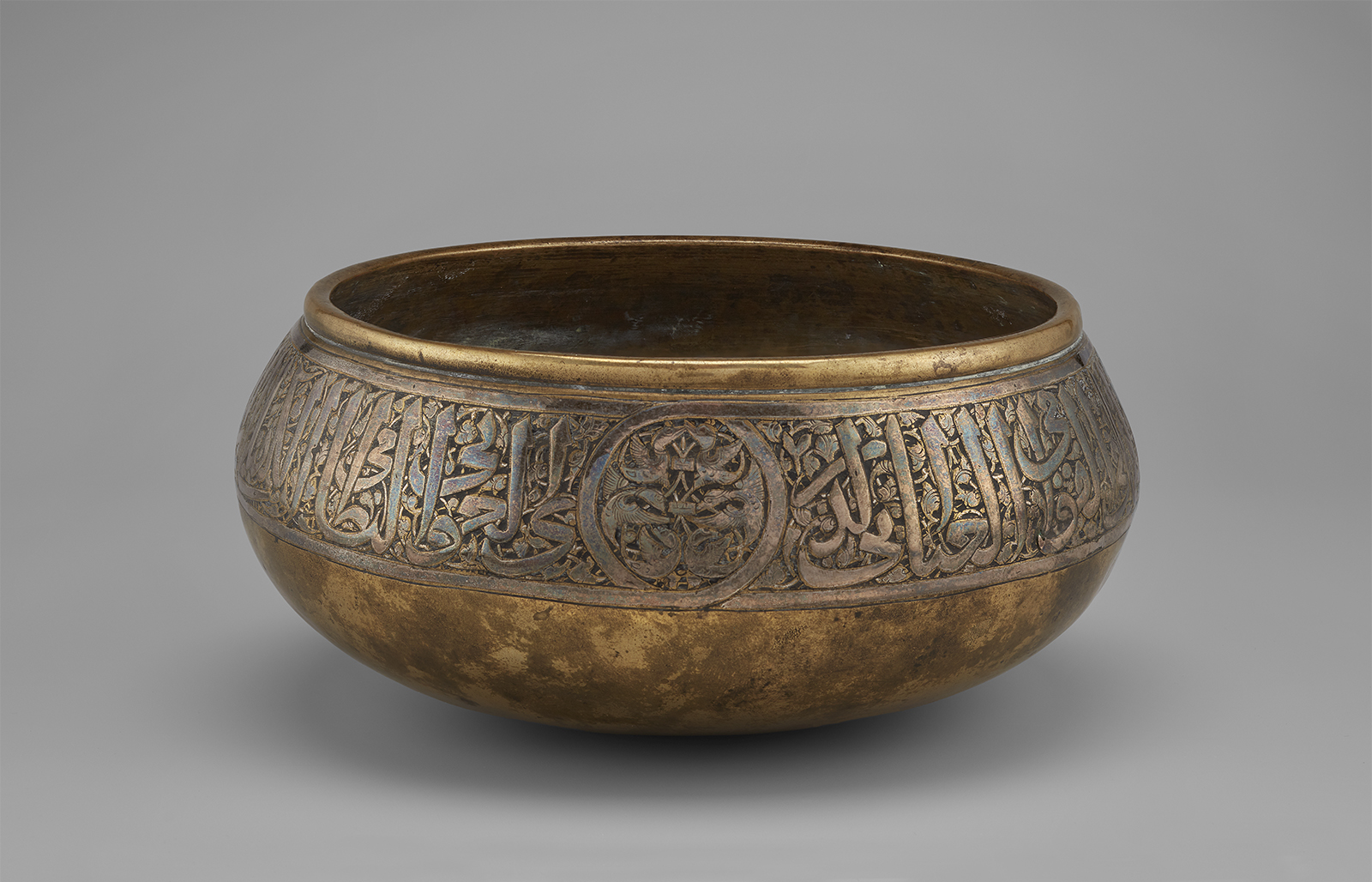 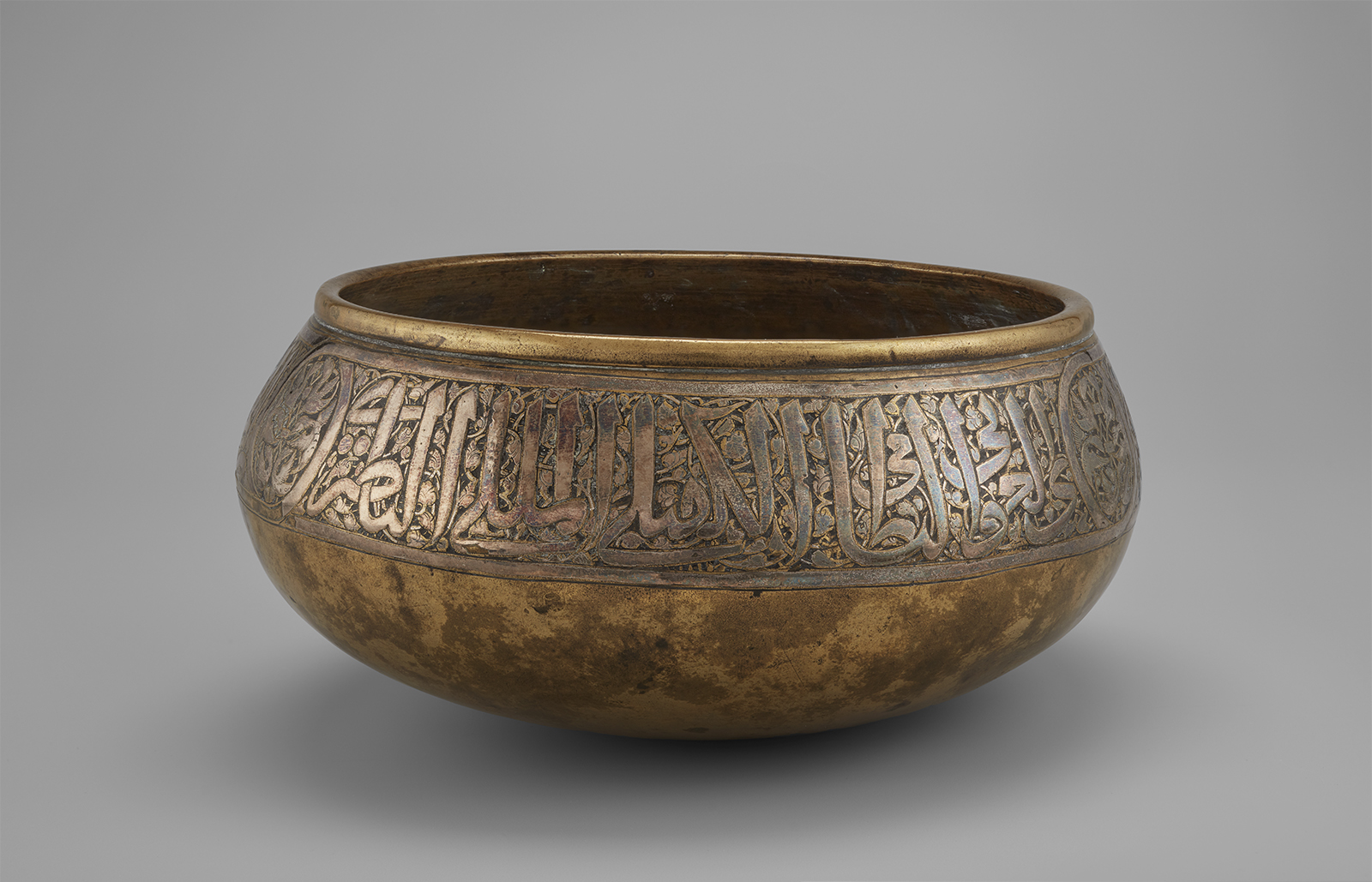 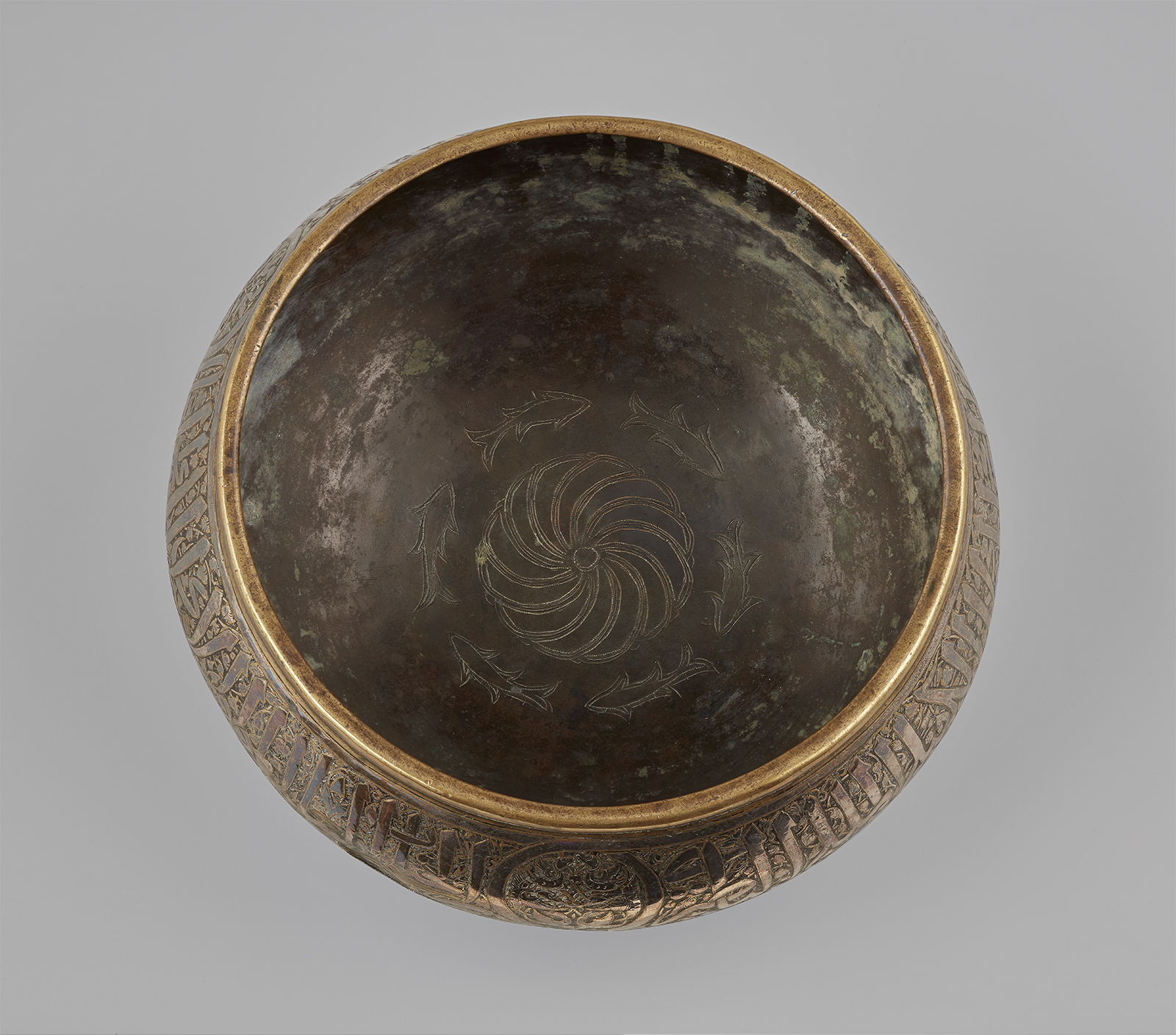 The wide band of Arabic inscription just below the exterior rim is punctuated by three large roundels containing flying birds whose tail feathers issue from interlaced stems. The inscription reveals that the owner of the bowl was an amir (officer) in the service of the Mamluk Sultan al-Malik al-Nasir. It reads:

Several Mamluk sultans held the title al-Nasir, but the shape of the bowl and style of its decoration suggest that the inscription refers to al-Nasir Muhammad, the longest reigning Mamluk sultan, who reigned three times (1293–94, 1299–1309, 1310–41). He first came to the throne as a boy and was manipulated by the powerful amirs of his father Sultan Qalawun. It was not until his third reign (1310­–41) that he was able to exercise real authority, and most of the metalwork bearing his name or title belong to this period. One of his many achievements was to negotiate peace with the Ilkhanids, the Mongol dynasty with whom the Mamluks had been at war since they took power from the Ayyubid dynasty in 1250. This bowl probably belongs to the early part of his third reign, before the wave of Mongol influence that dominated artistic production in the late 1320s and 1330s. [1]

The boldly written titular inscription is typical of the Mamluk period when position at court was a greater indication of status than birth or wealth. The titles do not contain military attributes, nor is there a blazon of the type held by the military amirs at court, which suggests that the bowl was owned by an official in the Secretariat rather than the Army.