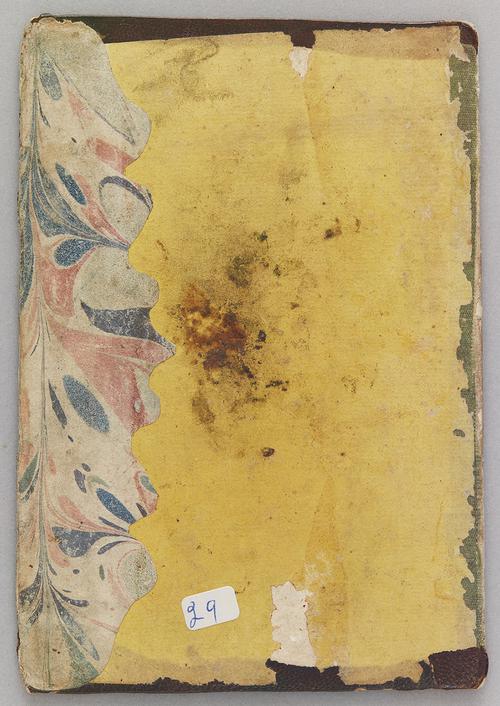 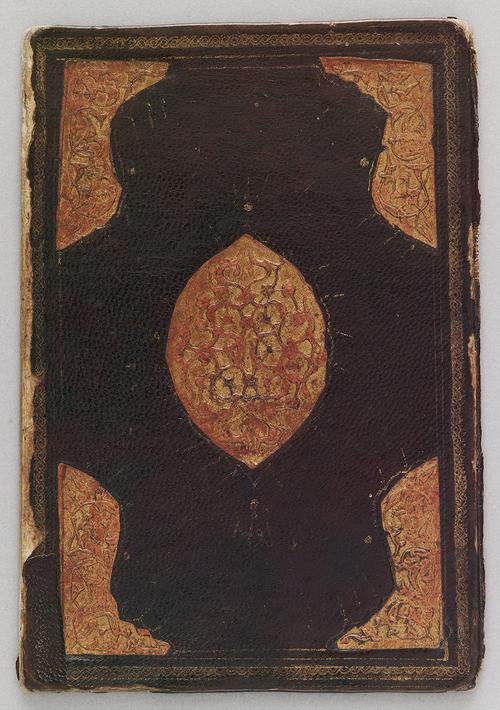 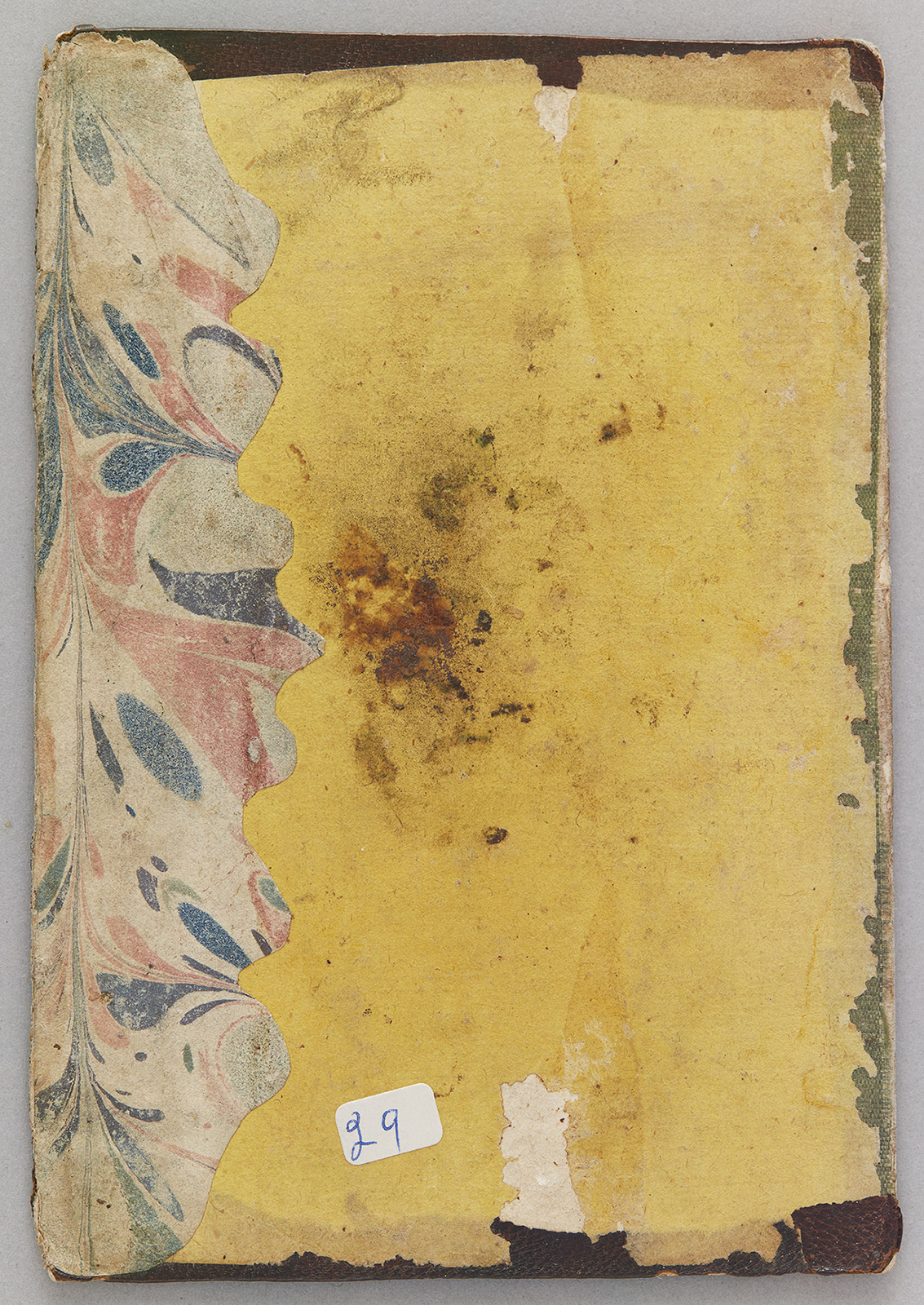 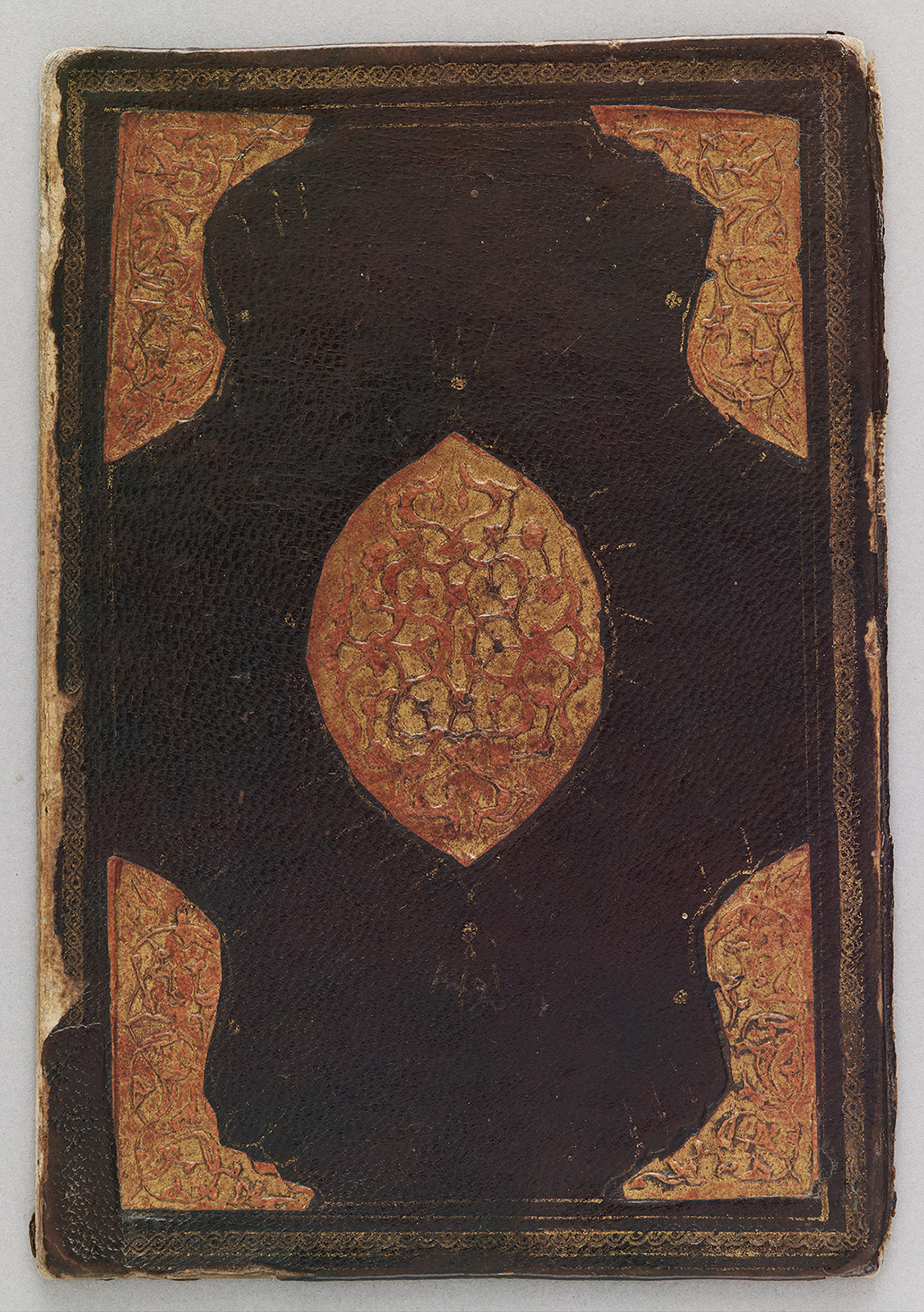 A relatively unskilled binder created this cover (upper or lower) and doublure in the Aga Khan Museum Collection. The cover is faced in chestnut-coloured leather and decorated with a central oval medallion filled with a two-tier design of scrolling branches and flowers overlaid by a cloud motif. The cornerpieces are filled with a design of branches and leaves. The stamped decoration is gilded.

The doublure is faced in plain yellow paper and marbled paper.