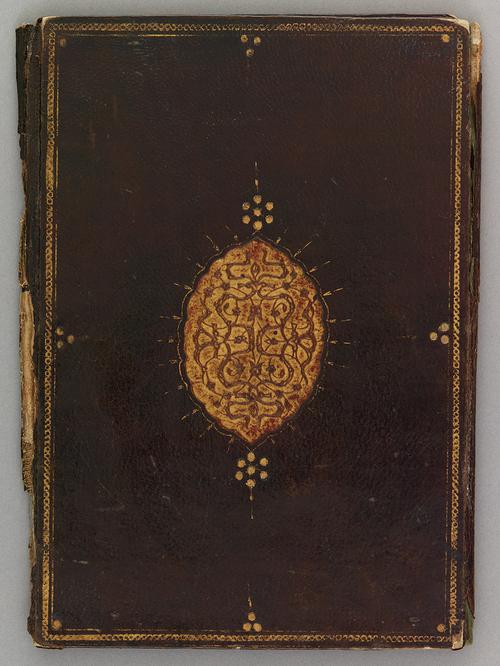 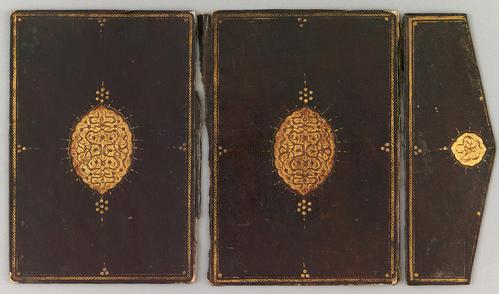 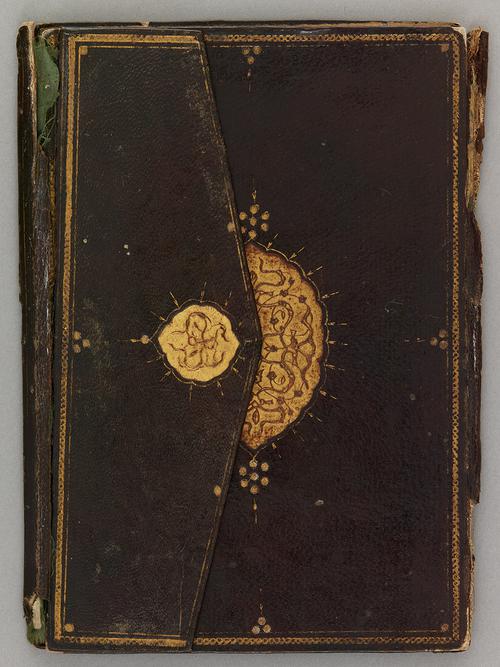 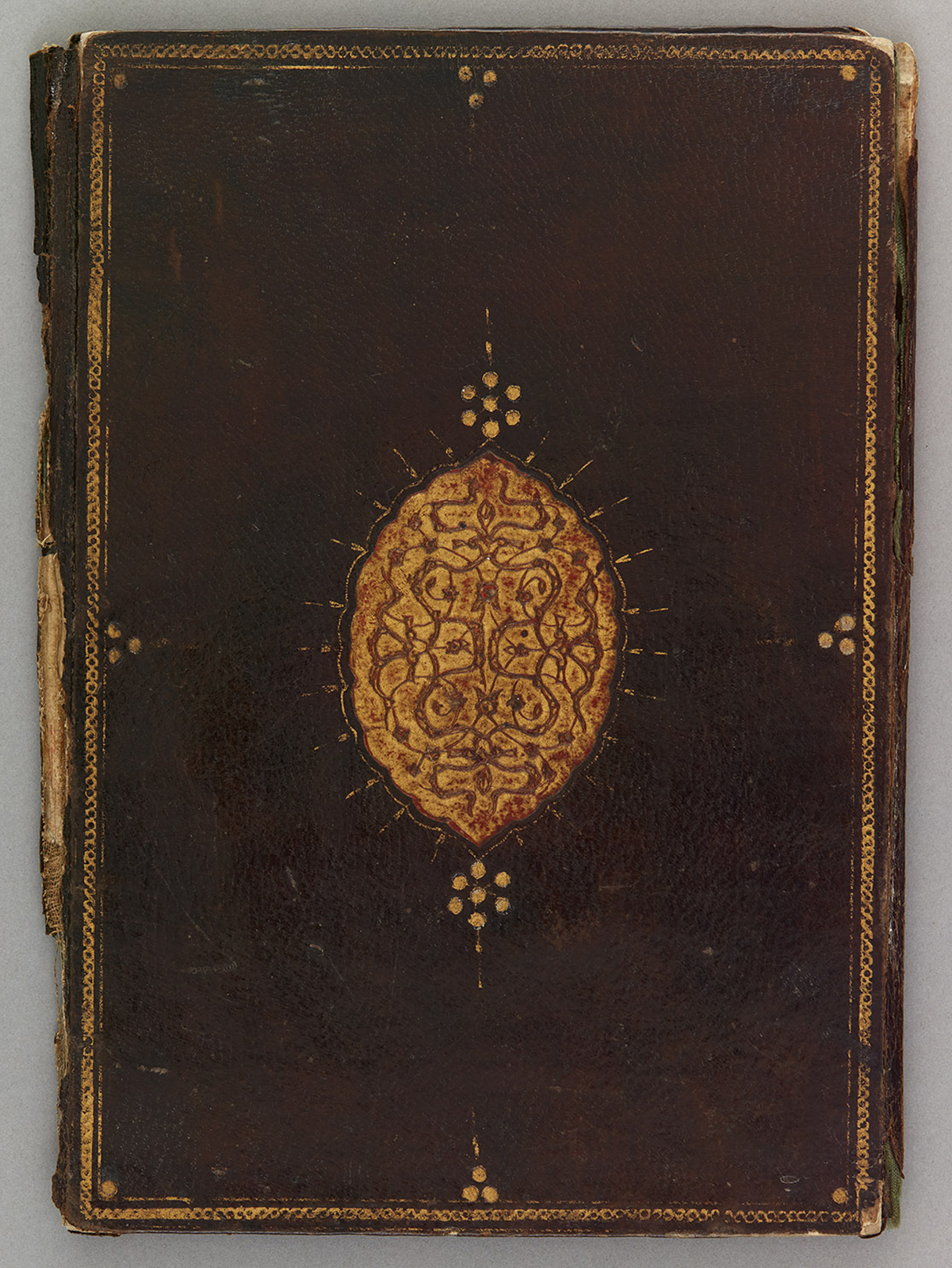 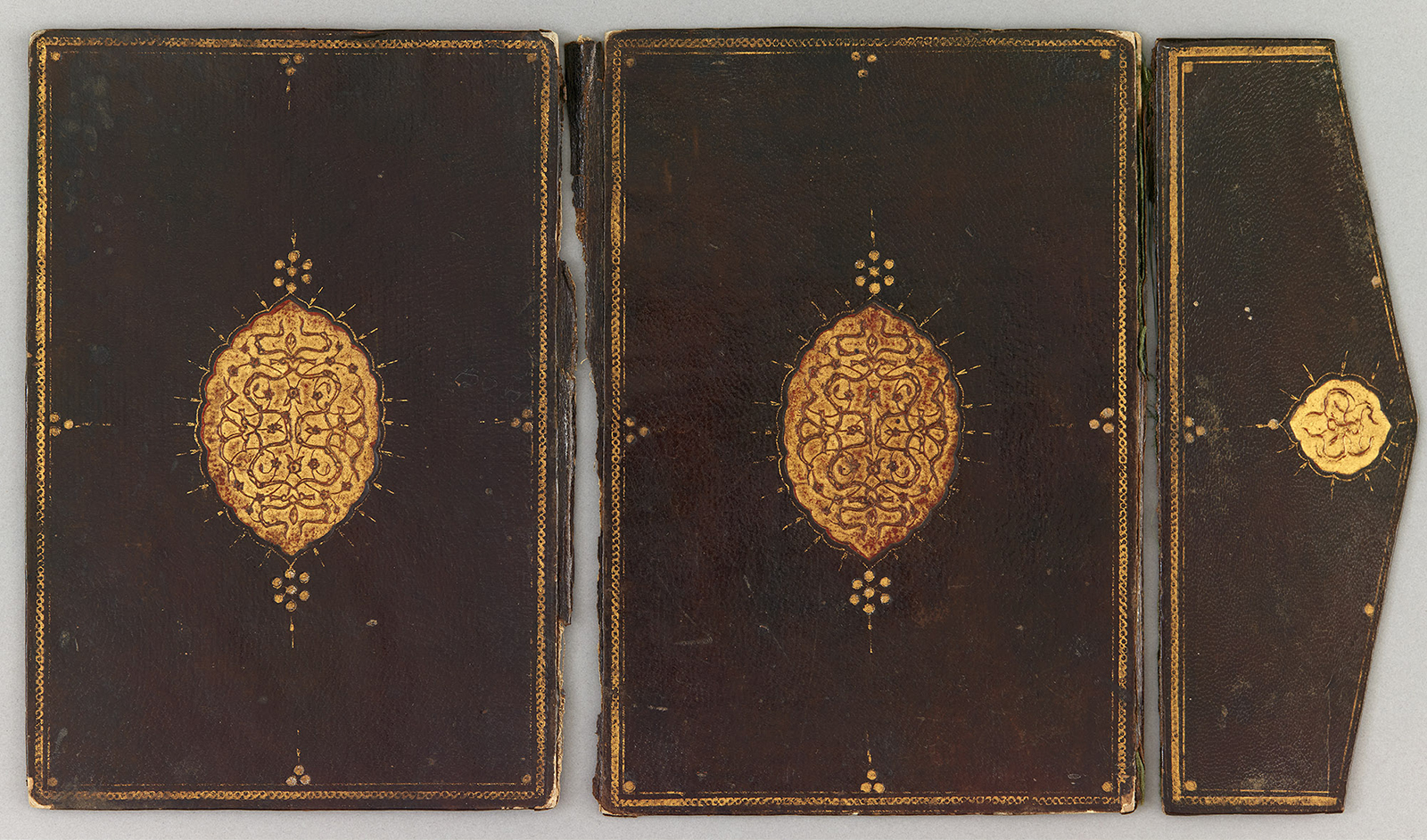 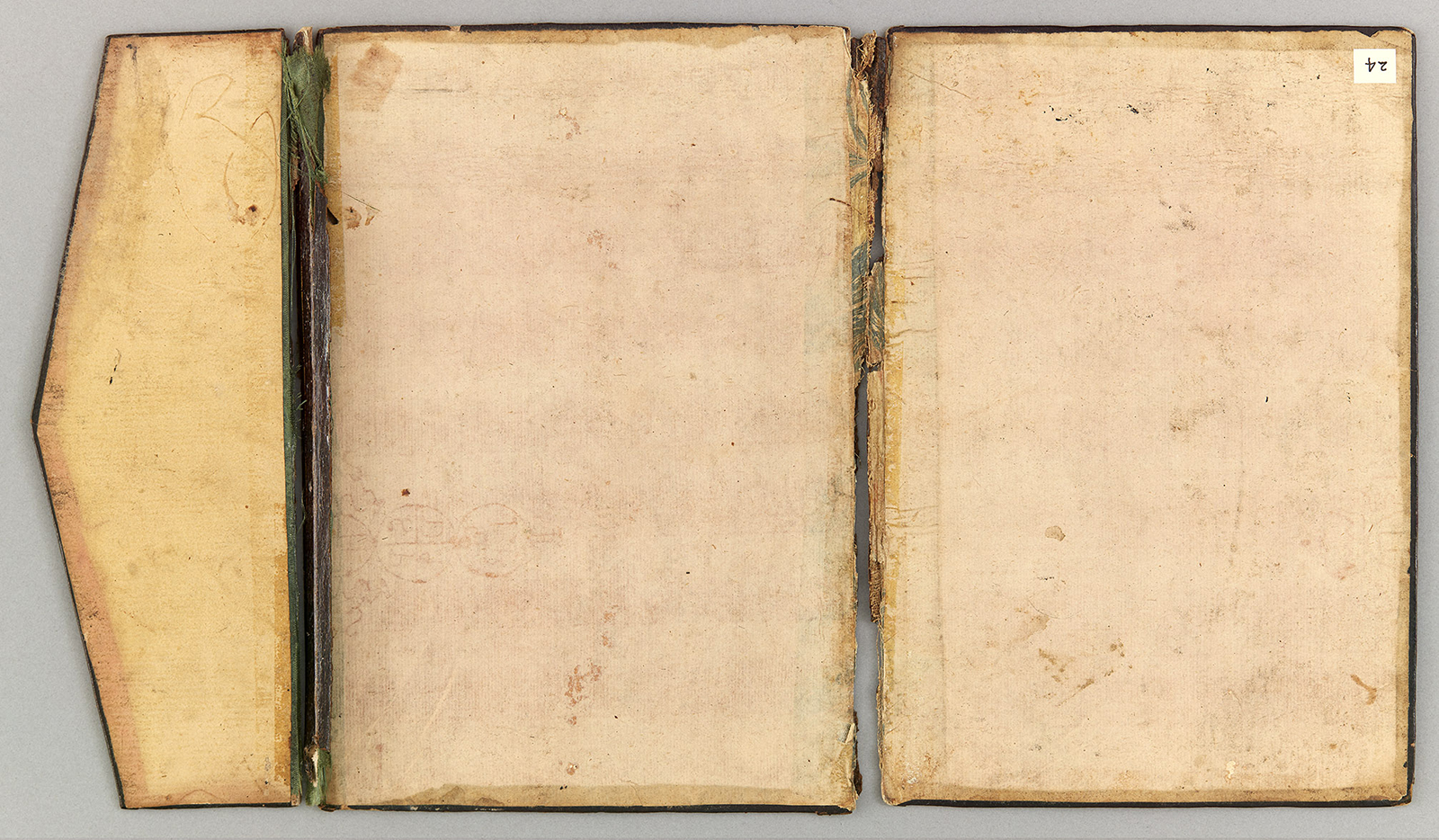 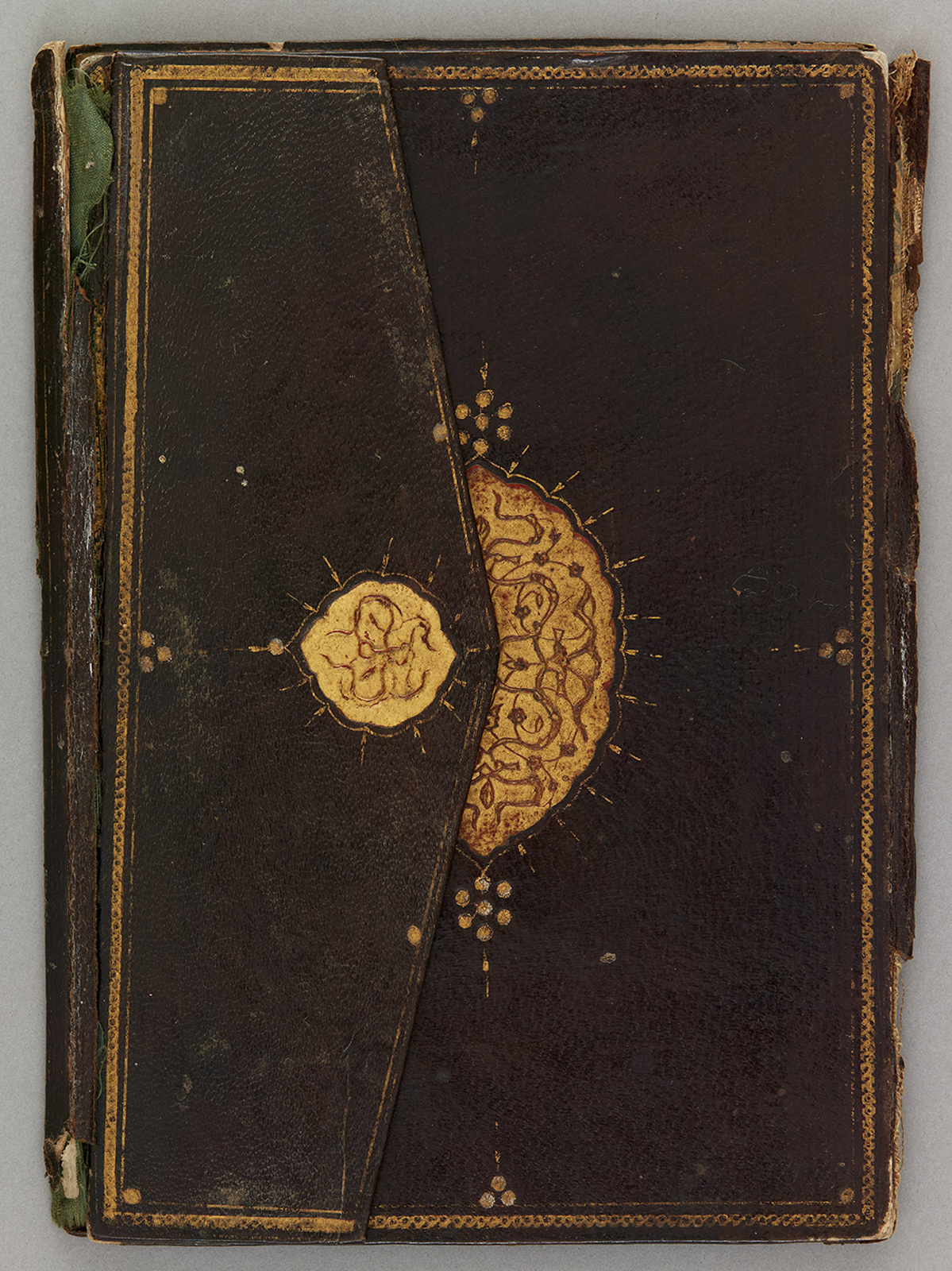 A recessed oval medallion occupies the centre of the outer cover of this chestnut-coloured leather binding in the Aga Khan Museum Collection. A round medallion appears on the flap. Both oval and round medallions are filled with a two-tier design of flowers and leaves on branches overlaid by cloud motifs. The design is stamped and gilded. Around the medallions and at the edges of the central field are rosettes formed by gilded dots and single dots.

The doublure is faced with paper, and overall, the binding’s workmanship is unremarkable.