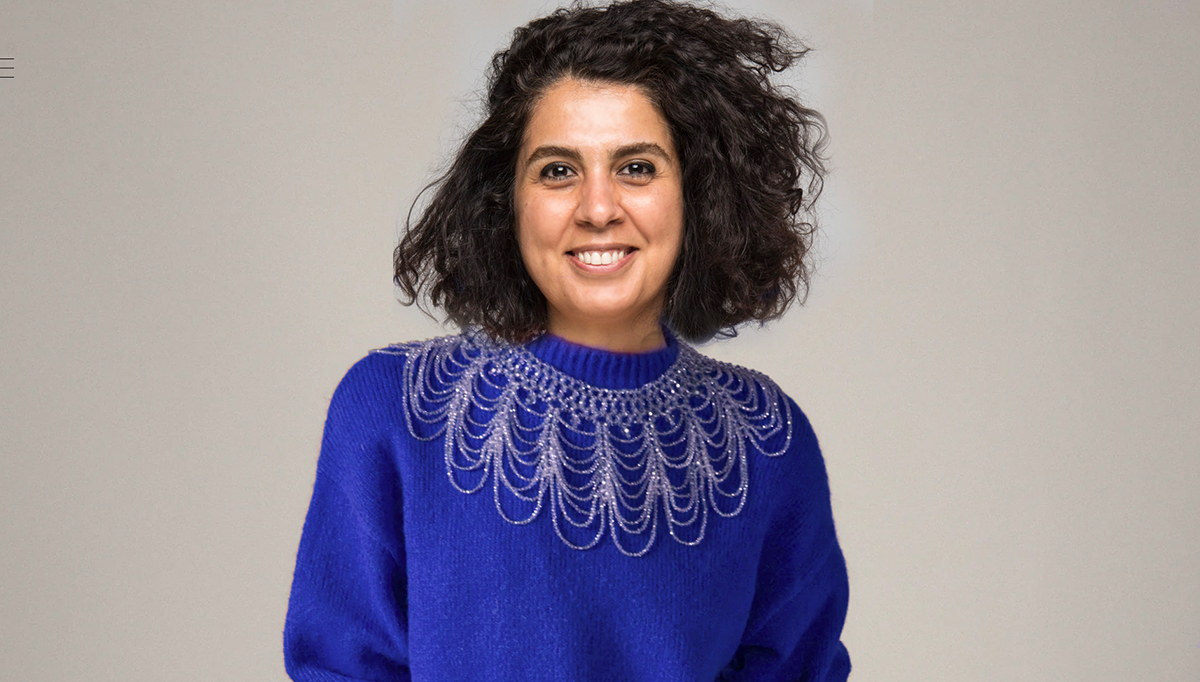 Toronto-based artist Ghazaleh Avarzamani is the recipient of a new joint artistic residency developed by the Aga Khan Museum and London’s Delfina Foundation. The residency will unfold in London and Toronto in 2021, culminating in a fall exhibition at the Museum presented in partnership with the Toronto Biennial, as well as a simultaneous public display in the UK.

The focus of the residency is to challenge artists to envision and materialize a contemporary response to the Museum’s Collection. In Avarzamani’s case, she will consider the myriad ways in which material and artistic uses of text — spiritual, philosophical, literary, and poetic — encourage and represent concepts, narratives, visual images, memories, and ideologies.

“The art of the book forms the backbone of the Aga Khan Museum’s Collection, and with that comes text in its various shapes and forms,” said Residency Co-Curator Marianne Fenton. “We are thrilled to have a local artist with a global reputation access our Collection and interpret our text-based works, making the Collection more accessible to a contemporary audience and thereby bridging the past with the present.”

Born in Iran in 1979, Avarzamani moved to Canada in 2016 and has subsequently undertaken residencies at the Banff Centre, MOCA Toronto, SOMA Summer in Mexico City, Red Mansion in Beijing, and Greatmore in Cape Town. Recent solo exhibitions have been presented at the Koffler Gallery in Toronto, the Ab-Anbar Gallery in Tehran, and Asia House and Light Gallery in London. Following the completion of her MA in Fine Art at London’s Central Saint Martins in 2013, she was nominated for the Mall Galleries’ 2013 Threadneedle Prize and the 2015 Jameel Prize. Avarzamani’s large-scale installations and sculptural re-assemblages question power structures by investigating their rules and methodologies, while considering a range of spaces for interactivity, self-development, and play.

Watch the video below to learn more about Avarzamani's work and the ideas she will explore in her 2021 residency.

Avarzamani’s explorations in London will equip her with new research concepts and skills to underpin the second, Toronto-based stage of the residency. With support from the Museum’s curators, conservators, and educators, she will investigate the Collection and embed new ways of relating, understanding, and seeing it into her new creation. Her final work, on display from September 25 to December 5 as part of the second Toronto Biennial of Art, will reinforce the Collection’s relevance in the 21st century.

Initiated by the UK Steering Committee for the Aga Khan Museum, the residency builds on the group’s efforts to develop new public-facing exhibitions, artist residencies, and co-commissions. The residency’s conceptual framework is led by Delfina Foundation, whose previous collaborations with the UK Steering Committee and Patrons’ Circle include a performance with theatre actor Susaan Jamshidi, a talk with contemporary visual artist Babak Golkar, and the presentation of the shortlist for the 14th cycle of the Aga Khan Award for Architecture.

“We could not think of a better partner for our first official artist residency program than Delfina Foundation,” said Faaiza Lalji, Chair of the Aga Khan Museum’s UK Steering Committee. “Aaron Cezar, Delfina’s Director and a member of our Steering Committee, has believed in and supported our work since 2016, resulting in joint collaborations each year. As London’s leading provider of international residencies, the Foundation has a renowned track record of nurturing artists from the Middle East, South Asia, and Africa with its unique thematic programs. We are truly excited to see how Ghazaleh’s ideas are shaped by her time in Delfina’s Collecting as Practice program.”