The Aga Khan Museum is open from Tuesday-Sunday with enhanced safety measures in place. Go here for more information.
This Tale of Ours 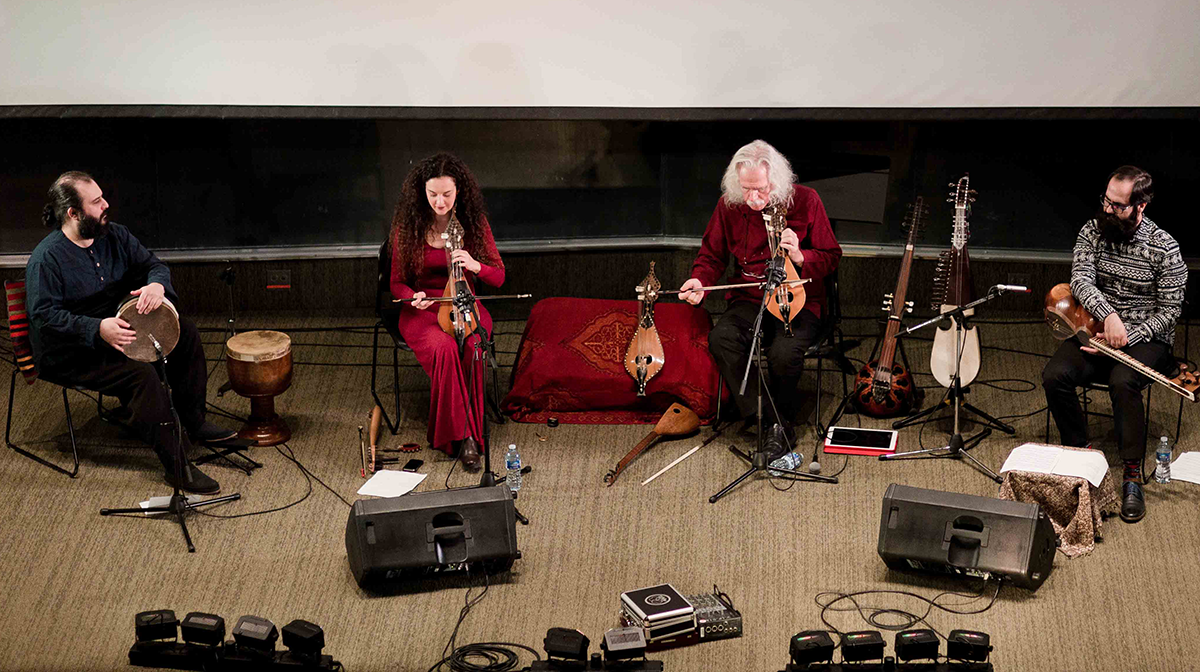 This Tale of Ours

This Tale of Ours is a quartet made up of two musicians based in Crete, Greece, multi-instrumentalists Ross Daly and Kelly Thoma, and two Toronto-based musicians, tombak player Pedram Khavarzamini and tar player Araz Salek. They play original and existing compositions drawing on the modal musics of Iran, the former Ottoman empire, and the Balkans. Bringing together Greek, Iranian, and Turkish instruments, they create contemporary music rooted in a centuries-long tradition of cultural exchange. Formed at the Labyrinth Institute in Crete in 2010, “This Tale of Ours” has performed in Greece and Canada.

The quartet follows the aesthetics master musician Ross Daly introduced in his compositions and works which are to think of the modal music traditions in a regional context rather than confining them to traditions within political borders. The creational approach of the ensemble is a "trans-modal" one that explores the shared commonalities and modalities of makams and musical idioms played in those music traditions

Formed at the Labyrinth Institute in 2010, This Tale of Ours is a quartet that features tar virtuoso, Araz Salek; top performer and instructor of the tombak, Pedram Khavarzamini; highly respected performer of Cretan and Ottoman music, Ross Daly; and internationally presented lyra player and composer, Kelly Thoma. All Recognized as major figures in global music circles, the quartet has studied, rehearsed, and performed in both Canada and Greece.

Performance
The Black Fish Project
May 27, 2022