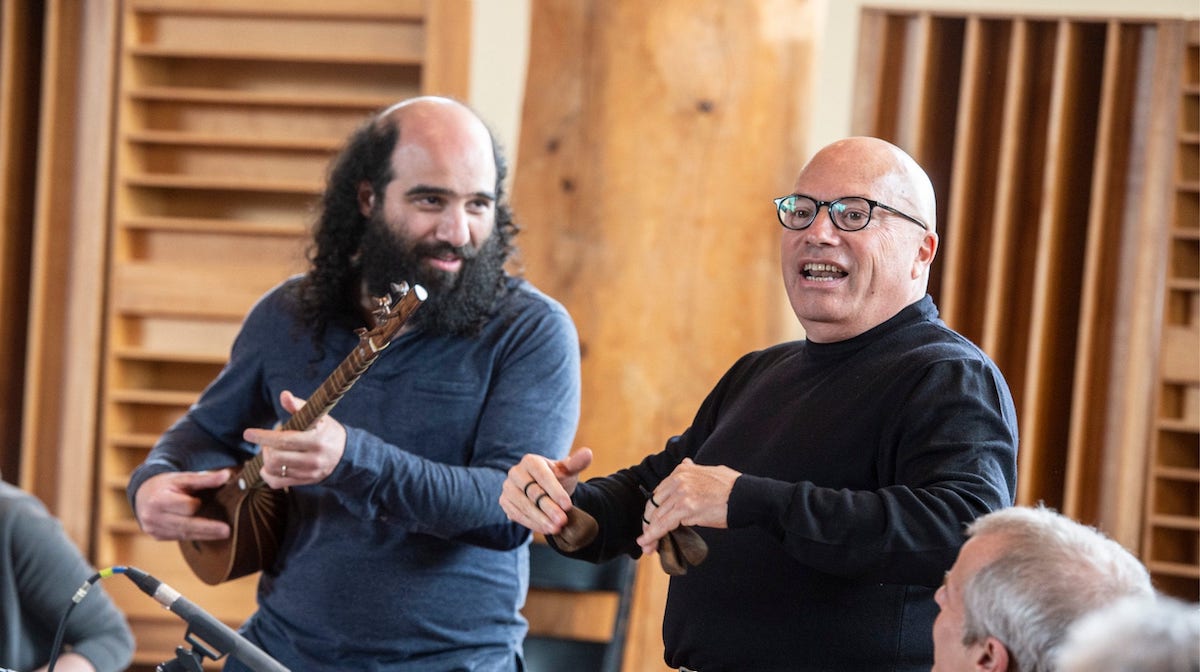 Marco Beasley joins Constantinople to celebrate, in music, a bridge that Leonardo da Vinci designed in 1502.

On Friday, March 18, Marco Beasley, a specialist in Renaissance music, will join forces with acclaimed Constantinople to celebrate, in music, a bridge that Leonardo da Vinci designed in 1502.

The longest and boldest bridge of the time, it was to span the Bosporus and thus link Europe and Asia. But it was never built. The plans, however, were preserved in the artist’s archives. Five centuries later, Tabassian re-imagines this bridge with the help of 16th and 17th-century works from the manuscript archives of the national libraries of Istanbul and Florence.

In 1502, Leonardo da Vinci drafted the plans for what would have been the largest bridge in the world, in Istanbul. However, the project never saw the light of day, as Sultan Bayezid II, who had commissioned the project, found the venture too ambitious. The plans were nevertheless preserved in the artist’s archives, which is why we still have access to them today.

Presented precisely 500 years after Da Vinci’s death, this concert gives musical expression to his unfinished architectural project and builds the bridge he envisioned between East and West. Musical works drawn from 16th and 17th-century manuscripts found in the national libraries of Istanbul and Florence will be revisited by the solo musicians of the Constantinople ensemble and the Italian singer Marco Beasley. These works belong to the classical and popular repertoires of two important centres of the musical culture of the time, which were Persia and the Ottoman Empire on the one hand, and Renaissance Italy on the other.

*Please note that the two-show package is only applicable to Il Ponte di Leonardo and From Castille to Samarkand performances.