The Aga Khan Museum is open from Tuesday-Sunday with enhanced safety measures in place. Go here for more information.
Watch: The Space Between Time 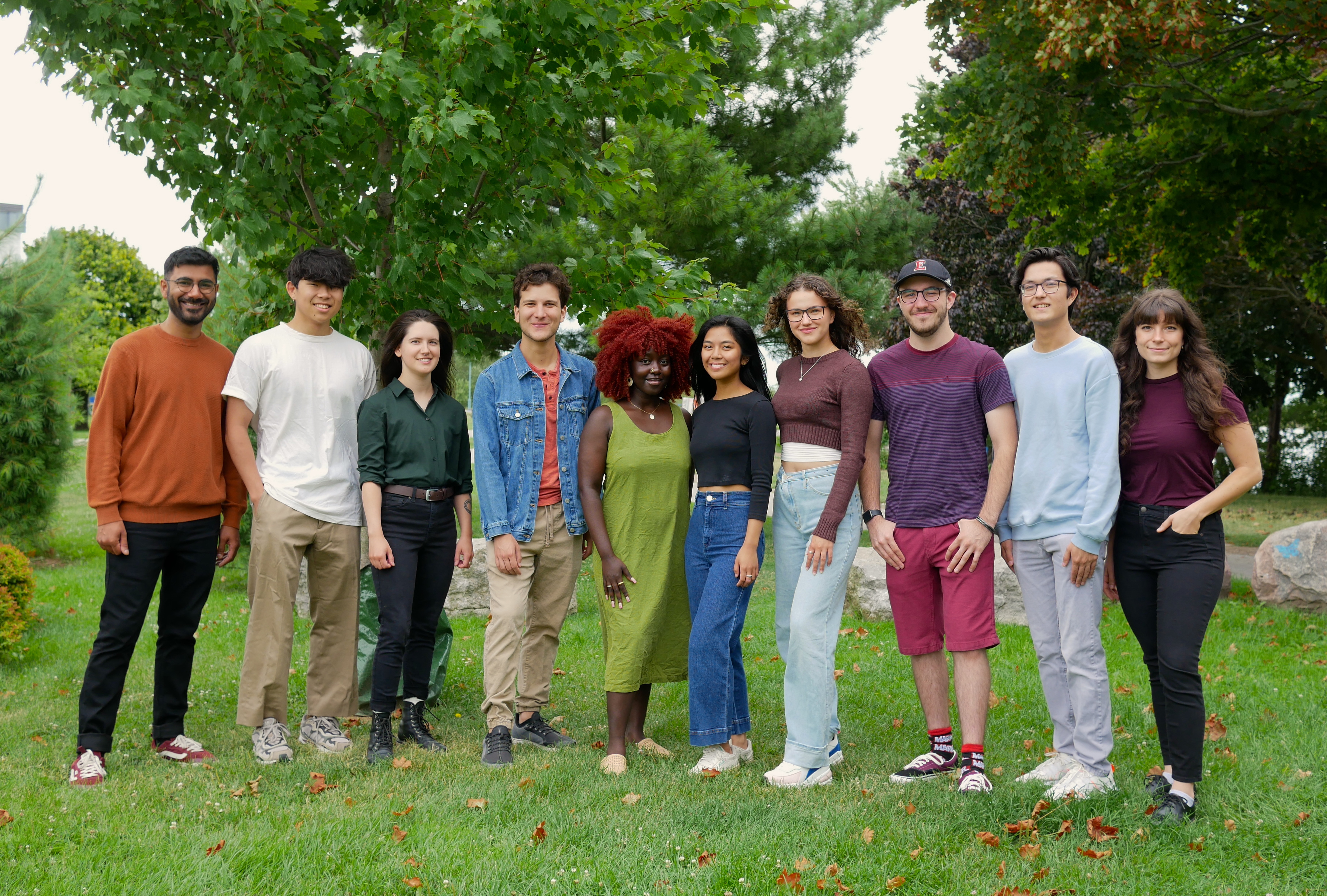 Watch: The Space Between Time

Enjoy a creative exploration by upcoming musicians and filmmakers brought together by Humber College and the Aga Khan Museum as a part of the Intercultural and Creative Music Fellowship of 2022.  Each bringing their lived experiences, the seven musicians and three filmmakers explore interconnectedness across cultures with seven compositions of music, film, and poetry that delve into themes of belonging, time, and the shared culture of the modern age.

Delve deeper into the fellows' creative process and watch them collaborate and bring their compositions to life.

Scholarship Ambassador of The Latin GRAMMY Cultural Foundation for seven consecutive years, Luis Anselmi has completed his studies at Berklee Global Partner, Holland College School of Performing Arts and is currently a senior at the Bachelor of Music Program in Humber College. Anselmi has also organized, produced, and promoted music events in his community such as the SoPA Music Nights in Prince Edward Island and Beat Makers! with the Musical Stage CO. in Toronto. He has assisted music industry associations and performed at different festivals of Latin, Celtic, and Jazz styles. He is currently preparing for a recording project later in 2022.

Maria Aragon is a singer and composer from Winnipeg, Manitoba. From a young age, she has graced local and international stages as a pop/R&B vocalist and shared her music with a global audience online, often accompanying herself on guitar and piano. Currently in her senior year of the Bachelor of Music program at Humber College, Maria continues to develop her craft as a performer and songwriter and has recently composed the music for two new musical theatre works commissioned by The Musical Stage Company and Theatre Sheridan in Toronto.

Elena is a Media Foundation graduate and a second-year student in the Film and Television Production program at Humber College. She works as a videographer and freelance photographer.

James is currently a fourth-year student in the Bachelor of Music Program at Humber, majoring in Woodwinds. Primarily a saxophonist and composer in contemporary and traditional jazz idioms, he has performed and worked with internationally-acclaimed artists such as Dayna Stephens and Terri Lyne Carrington. Griffith performs around the GTA at venues such as The Jazz Bistro, Poetry Jazz Cafe, The Emmet Ray and more.

Raised in Northern BC on a blend of Classical and Canadian old-time music, Brittany has been playing fiddle tunes for a long time. Currently living in Toronto as a 2022 Humber graduate, they collaborate with numerous bands, play Irish music around the city, and are planning to release their new EP, Taken by Fairies.

Dhaivat Jani is a Toronto-based award-winning drummer, Tabla player and composer. A recent graduate of the Bachelor of Music program at Humber College, Jani leads two of his own bands - Dhaivat Jani PLUS and Electrio. He also supports multiple artists across various genres and is an Artistic Associate at Spectrum Music, Canada.

Kaku is a fourth-year student in the Bachelor of Film and Media Production program at Humber College and has completed the Broadcasting Television program at Seneca College. With extensive videography and editing experience through several years of education, internships and freelance work, she is also a freelance photographer.

Tristan Oliver is currently in his fourth year in the Bachelor of Film and media production program at Humber College and has previously worked on various short films and the award-winning feature film, Last Call (2019). Specialized in Directing and producing, Oliver is a freelance cinematographer, mainly shooting concerts and adapting those skills for the creation of this year's ICMF 2022 films.

Hiro Tanaka is a Toronto-based bassist and composer from Saskatoon, SK. Tanaka is rooted in bebop tradition as he takes influence from the great bassists of Ray Brown and Paul Chambers but also looks to the future, taking inspiration from current musicians. His compositions' unique energy echoes the sounds of ECM records, hard bop, and hip hop. He is currently planning a recording project with his band, Tanaka Concept.

Adina Vlasov is a recent graduate of Humber's Bachelor of Music program, majoring in voice. She is an indie-folk singer-songwriter with experience in jazz, musical theatre, and pop. Performing under the artist name Adina V, she has an EP and four singles released on all platforms. Adina Vlasov also works as a private music teacher and regularly performs around Toronto with her band.

Based on initial group improvisations and musical instincts, "Opening Song" is a composition that stems from the themes of infinity and oneness — expanding and contracting in intensity. The final meditative section was inspired by a beautiful indigo-coloured water jug in the Bellerive Room at the Aga Khan Museum. The lyrics are musings on time and the flow of rituals and beliefs through generations.

A reflection on the timelessness of artifacts in the Museum's Collections that represent an array of themes and tenets relating to the human condition, "Ebb and Flow" examines these objects throughout history and the ways in which they still represent universal ideas and truths in the present day.

With so many different cultures, styles of music, and languages in the world, it is important to see and embrace the unique ways in which others exist. "Ways of Being” explores the fiddle tradition Brittany Iwanciwski grew up with and how that can be shared with others.

Through the lens of the immigrant experience, "Home Is Where I Am" poetically explores finding community and having the courage to show up as you are, wherever you are.

Inspired by an intricate red velvet robe from the Museum's Collection, "Red Robe" dances between patterns of flamenco, boleros, and contemporary music. Luis Anselmi drew personal inspiration from the red tones in the robe which reminded Anselmi of their grandmother's favourite styles of music.

Can You Hear Them
Lead Composer and lyricist: Hiro Tanaka

Fascinated by understanding family heritage and history, Hiro Tanaka’s "Can You Hear Them" explores the themes of the past and identity.

"Search for Nothing" is a composition inspired by the idea of oneness in Islam and its philosophical influence.

Translation:
We are a people with many names
A lake of tears under infinite sky
Let us all find ourselves in this world
With peace in our chest and purpose united

Whose dream do we relive and replay
With our entire existence?
What have you been taught to want, to see?
Uncovered ways of being
We have been here as long as you have

I look around at all these faces
Stories untold, stories lost in time
How am I supposed to listen?

Translation:
Here I am
A product of love, destruction, perseverance
A product of a colourful history that’s come before me
A mirror of the world that’s around me
A character in the book of life

Translation:
The sky paints gold
For everyone on earth
Time never clings
To the town of greatest treasure
It only changes the chorus
Full of verses without haste
That the singer improvises
Under the waning moon
If for the traveling time
The same star precises

Translation:
Before you came, and after you are gone,
No one has ever remembered you.
Just like the sand clutched in the fist,
Tightening the fist, slipping sand,
The cycle of time is black and white

They lived in a purgatory between two lands and two tongues
Their father spoke while they spoke one
They were told to learn but they chose to run
along with the other kids having their fun
And those kids would ask
Where were they really from?
But the child thought they were from the suburbs
same as everyone

Reflections of the Past
Written by: Elena Arsenchuk

Translation:
The river of time flows
and takes away the past,
emptying it into the sea of future
Looking at those waters
What do you see?
I see you, I see me

Presented in partnership with: 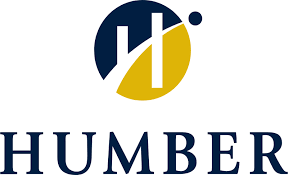