The Aga Khan Museum is open from Tuesday-Sunday with enhanced safety measures in place. Go here for more information.
Steve Oda: In His Guru's Footsteps 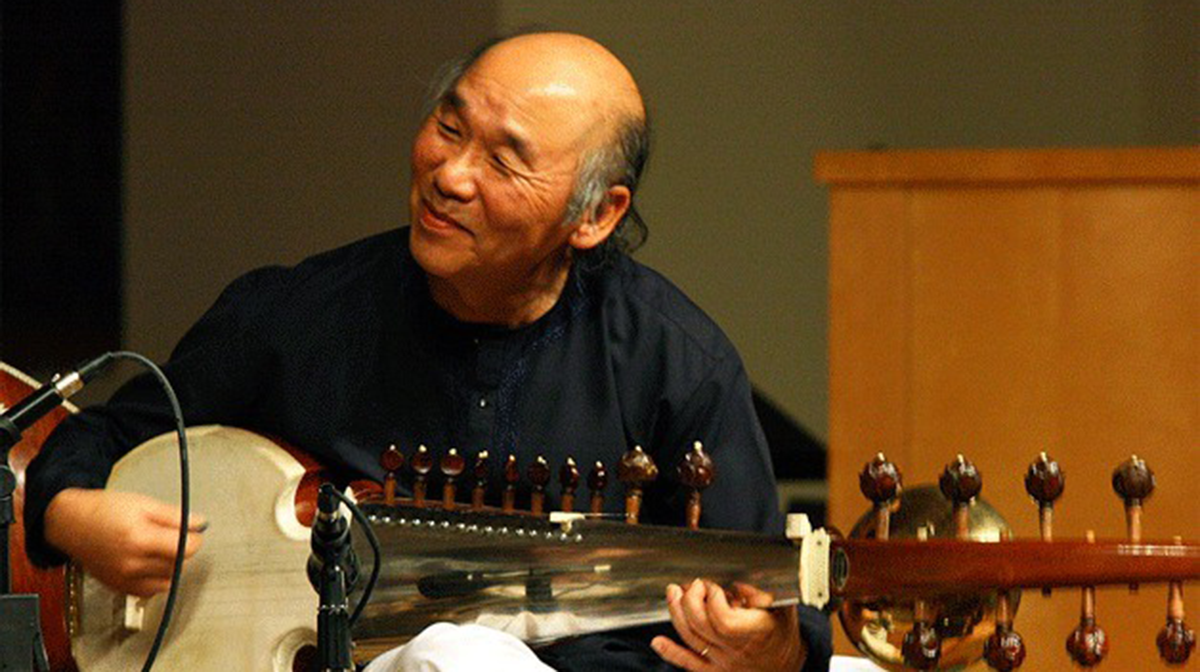 Steve Oda: In His Guru's Footsteps

The Aga Khan Museum is proud to partner with the Raag-Mala Music Society of Toronto to bring the finest musicians performing Raag Sangeet (North Indian Classical music) to Toronto audiences.

Throughout their 2022 concert season, Raag-Mala Toronto will present five carefully selected vocalists and instrumentalists who are masters of their craft. Paying homage to tradition while carrying on this ancient art form, Raag-Mala Toronto presents a masterclass in musical complexity through a series of raags — improvisations based on musical scales that serve as the lifeblood of Indian classical music and have no traditional western equivalent.

Sarod master Steve Oda presents the first of five showcases on April 23, manifesting both the teachings of his illustrious guru, the legendary musician, the late Ustad Ali Akbar Khan, and Oda's own incredible 45-year practice of this traditional and complex art form, into a truly unmissable showcase of North Indian melodies. On the centenary year of Khansahib’s birth, Oda will perform various raags composed by the maestro. He will be accompanied on tabla, by Toronto-based Ravi Naimpally.

Raag Sangeet is a centuries-old tradition in which knowledge is transmitted from a guru (teacher) to their disciple. An artist will typically present bandishes (compositions) learned from their guru, with improvisations dependent on the artist's creativity. An artist generally decides on bandishes, and the Raags (melodies) they are based on, just prior to their performance. The decision is often based on their mood, and the audience's energy receptivity to their performance. Connoisseurs often recognize the Raags on which these bandishes are based, whereas most listeners treat the performance as if meeting a friend - with curiosity and openness.

Steve Oda began his musical education at the age of seven, learning to play slide guitar and later, jazz guitar. Born in Toronto to second-generation Japanese-Canadians, Steve’s love of creativity through musical expression led him to the classical music of North India and the Sarode.  For over 45 years Steve Oda has dedicated himself to learning this complex art form and carrying on the teachings of his illustrious guru, the legendary musician, the late Ustad Ali Akbar Khan. After Khansahib’s passing in 2009, Steve continued his studies under Padmashri Pandit Rajeev Taranath, a senior disciple of Khansahib.

Steve has performed in Australia, New Zealand, India, Japan, Europe, Canada, and throughout the U.S.  He currently resides in San Francisco, actively teaching and performing this sublime art form.

Performance
The Black Fish Project
May 27, 2022

Presented in Associate Partnership with Raag-Mala Music Society of Toronto