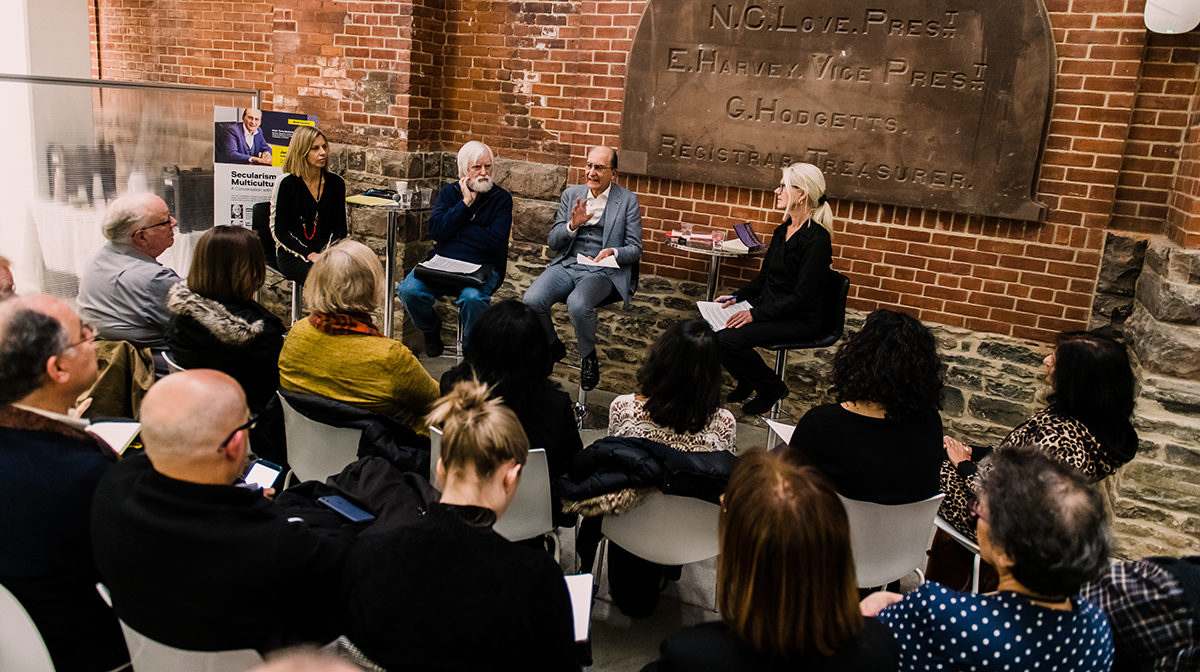 Presented as part of the Museum’s intellectual explorations around its current Image exhibition, Tariq Modood, an internationally renowned scholar in the study of ethnicity and citizenship, explores new ways to conceive a pathway to greater understanding and inclusion in the face of rising populism, new forms of nationalism, and ever-greater polarization in society.

Modood argues that a modern political secularism is possible, where religious groups can be included in public life and institutions, and religious and national identities are not mutually exclusive.

Challenging our assumptions about the place of religion in public life, Professor Modood argues that as long as we do not impose narrow ideas of secularism on our contemporary diversity, a moderate secularism can evolve and has the potential to provide the basis of a multicultural citizenship and a common sense of belonging. Modood also suggests that moments in history, where inclusivity was normalized, provide evidence and case studies for his argument that a new form of secularism in society is, indeed, possible today.

Can't make it in person? Register for the live-stream instead. Click here to RSVP.

Tariq Modood is a Professor of Sociology, Politics and Public Policy and the founding Director of the Centre for the Study of Ethnicity and Citizenship at the University of Bristol. He was awarded an MBE for services to social sciences and ethnic relations in 2001, made a Fellow of the Academy of Social Sciences in 2004, and elected a Fellow of the British Academy in 2017. He served on the Commission on the Future of Multi-Ethnic Britain, the National Equality Panel, and the Commission on Religion and Belief in British Public Life. Through the months of May and June 2022, Tariq Modood is a visiting Scholar of Excellence with the Canada Excellence Research Chair in the Migration and Integration program at Toronto Metropolitan University.

Produced in collaboration with