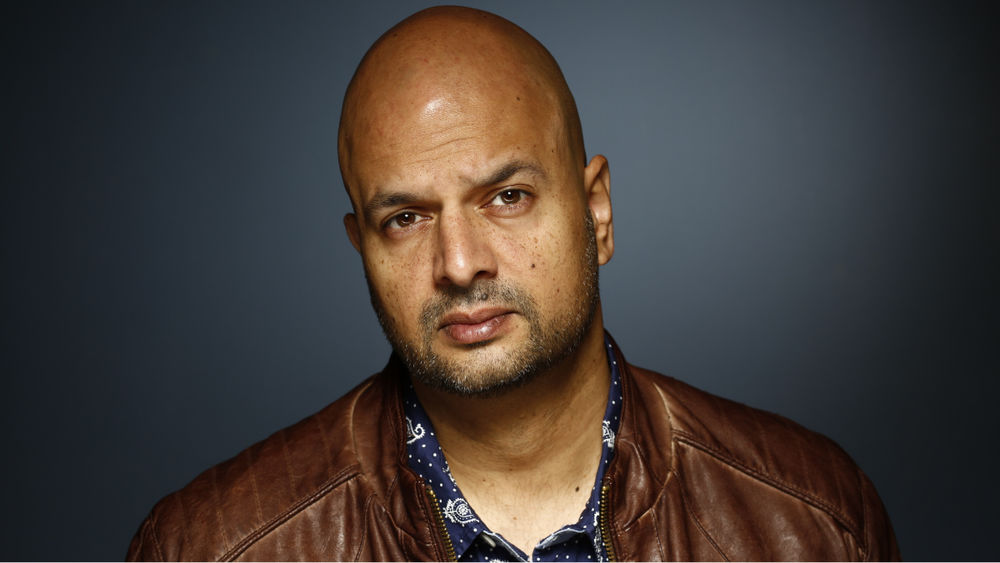 Ali Hassan headlines his own show in the third and final night of our 2020 Comedy Series. Photo By: Pierre Gautreau

Enjoy our season’s final night of comedy with the bitingly funny Ali Hassan, host of CBC Radio’s Laugh Out Loud. As a father of four, Hassan is well versed in dodging difficult questions. Or just making up the answers. But when his kids start to ask about religion in general and Islam in particular, Ali begins to consider his heritage.

In this solo show, the “gifted stand-up comic” (Montreal Gazette) delivers a refreshing and hilarious take on flunking out of Sunday school, ingesting forbidden fruits, and becoming a cultural Muslim.

Muslim Interrupted is part of our 2019/20 Performing Arts season, Listening to Each Other, which pays tribute to the role of the performing arts in connecting cultures, spurring social change, and celebrating diversity.