The Aga Khan Museum is open from Tuesday-Sunday with enhanced safety measures in place. Go here for more information.
The Making of 50 Years of Migration 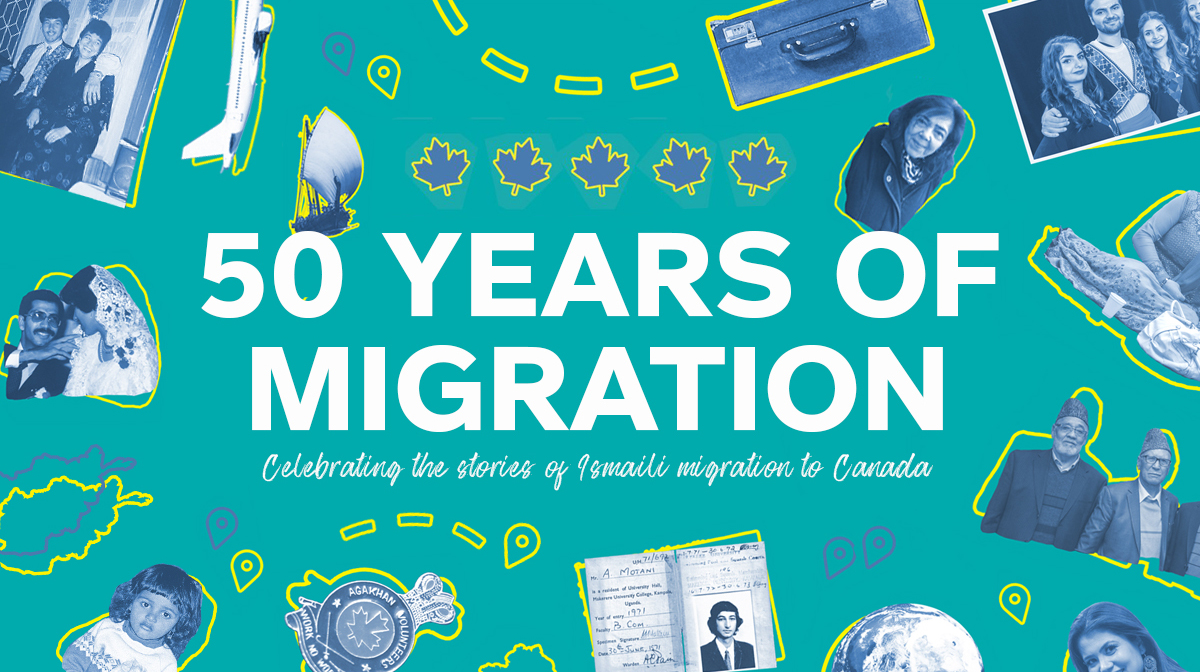 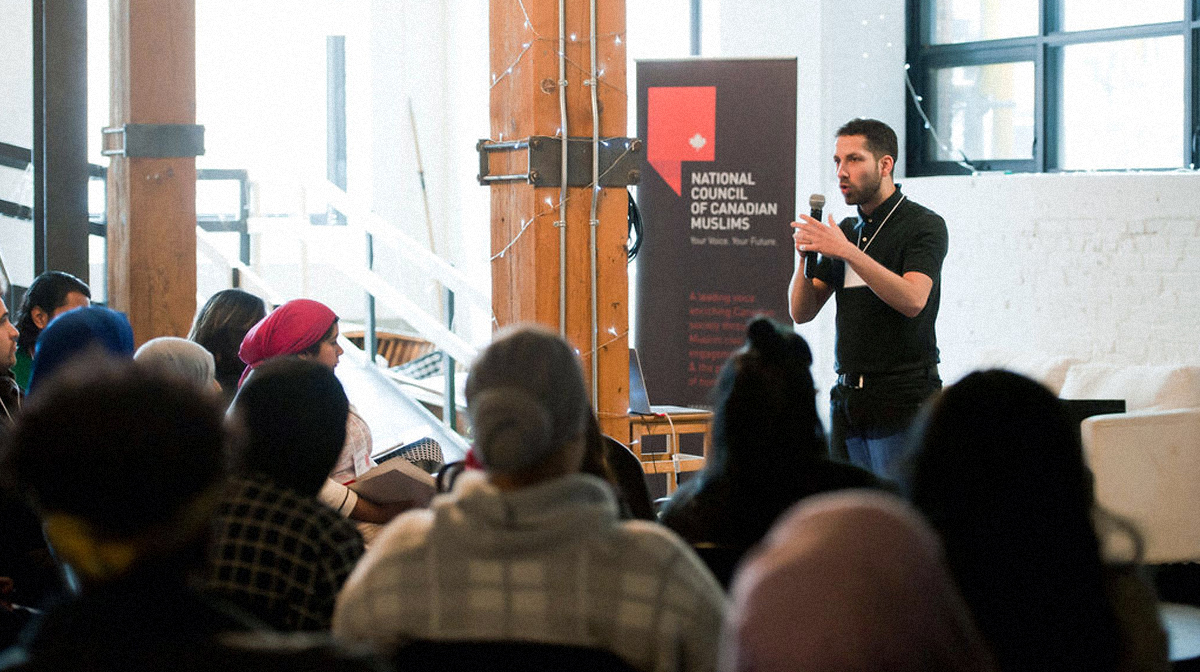 Explore the inspiration behind 50 Years of Migration with Creative Director Aquil Virani. Photo By: Noor Al-Mosawi

The Making of 50 Years of Migration

In this interview, Aquil Virani, the Creative Director who collaborated with the Aga Khan Council for Canada to create 50 Years of Migration, shares his perspective on the exhibition and the stories that inspired it.

In a single sentence, what is the exhibition about?

This travelling grassroots exhibition honours everyday stories of courage and resilience, celebrating the colourful kaleidoscope of Ismaili Muslim migration to Canada over the past 50 years.

What happened 50 years ago?

In 1972, amidst growing anti-Asian sentiment and colonial resentment in East Africa, Uganda’s President Idi Amin expelled all “Asians,” whether citizens or not, giving them 90 days to leave the country. While many fled to Commonwealth countries or tried to return to India after the decree, the “Ugandan Asians” that came to Canada – including many Ismaili Muslims – represented the first mass migration of non-European and mostly non-Christian refugees in Canada’s history.

What kinds of materials will visitors see and hear?

The visual aspect of the exhibition is a collage of hundreds of family photographs, first-hand accounts and quotes, maps, timelines, and historical documents, with a few artworks sprinkled in. The exhibition also includes an “audio play” – similar to a podcast – that weaves together personal interviews so that you hear directly from the voices of the project participants. The vocal storytelling is an emotive complement to the printed panels, playing freely on a loop as visitors walk through.

The exhibition panels begin with an explanation of Ismailism and a timeline of Ismailis in Canada – why was it essential to start with this?

I wanted to establish a contextual foundation to help visitors understand Ismaili Muslims as well as to share these stories with Ismailis themselves to further their historical understanding.

Were there any surprising stories that you came across when you were building the exhibition?

One surprise to me was how improvised and adaptable the Canadian immigration officials acted “on the ground” in Uganda in 1972. Canada didn’t have an embassy there at the time, so they flew out of Lebanon and established a temporary office within a few days. With breaking news, changing rules, shifting mandates, frequent intimidation and posturing by the Ugandan military (and no internet), they relied on the major newspaper to call applicants back to the office for interviews using coded, anonymized numbers that corresponded to an individual applicant’s case number. 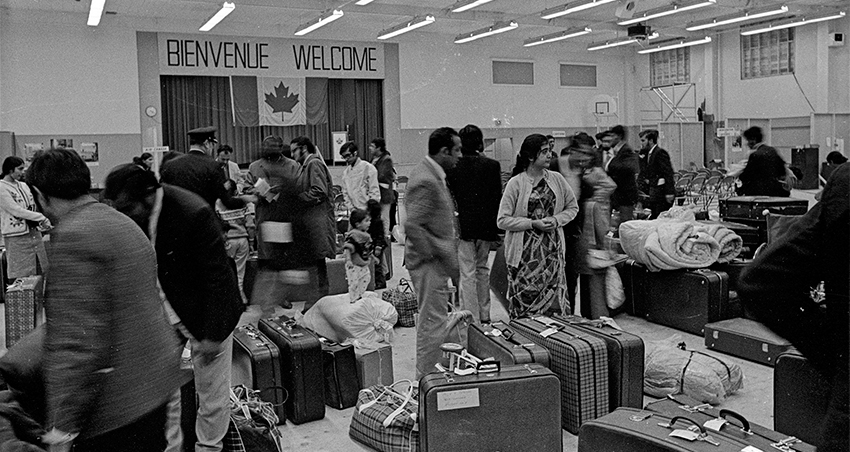 Do you have a favourite panel or story?

As an Ismaili who grew up in Canada, I was excited to learn about a link between the 1972 Summit Series and a visit from His Highness the Aga Khan with immigration officials in Canada. Who would have thought the hockey game score might inadvertently affect the number of refugees accepted by Canada? On the printed panels, I call it “The Hockey Story.”

Does the exhibition focus on Uganda, or does it share stories from other communities?

The exhibition uses 1972’s Ugandan Asian expulsion as a starting point but features many diverse stories, whether told by Ugandan Ismailis, Afghan Ismailis, Syrian Ismailis, or Tajik Ismailis, among many others. The group of “Ugandan Asians” that settled in Canada starting in 1972 were the first significant wave of Ismailis to settle here, so they serve in a way as the first chapter of the Ismaili-Canadian story. They were a “test case” in many ways as the first significant wave of non-European, non-Christian refugees in Canadian history.

What was the biggest challenge you faced while creating the exhibition?

I put pressure on myself to do a good job and create materials that were worthy of representing my community. The most daunting task was to fit an immensely diverse and voluminous collection of stories into a finite number of panels. There wasn’t enough space to fit every single story, but we strived to properly represent different segments of our community — geographically, ethnically, socially, and so on. I likened the project to “fitting a rainbow in a suitcase.” We did our best. 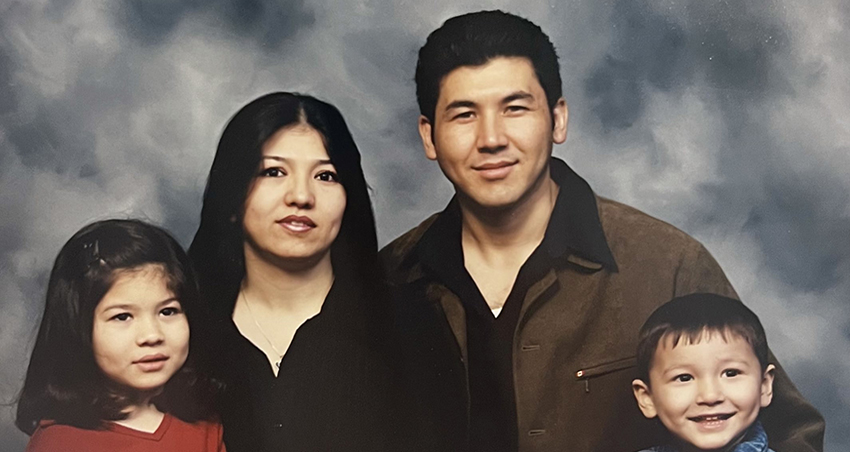 Ayub Nazari fled from Afghanistan with his entire family in 1994 .

Have you worked on an exhibition of this scale before, integrating hundreds of different community-submitted materials in a national exhibition, touring across the country?

In 2014, I worked with facilitator Rebecca Jones to create “Canada’s Self Portrait,” a collaborative art project that integrated over 800 drawings about our national identity from everyday participants in all 13 provinces and territories. The final artworks were exhibited at Stewart Hall Art Gallery in Pointe-Claire, Quebec, Galerie Mile End in Montreal, and at the Canadian Museum of Immigration at Pier 21 in Halifax in 2016.

If visitors are inspired to share their stories, what can they do?

Ismaili Canadians can still contribute their story to the 50-year archive on iicanada.org. Most iterations of the exhibition will include “participatory” activities where visitors can write on stickers that are pasted onto special panels. I hope that reading others’ stories will inspire more people to take the time to write down the details of their own lives. We often assume our families remember more than they actually do — I always remind others to write it down.

Can you tell us about some of the art included in the exhibition?

While the exhibition is predominantly an “anthology of first-hand accounts,” it is also a creative storytelling exhibition. One featured artwork is a mixed-media mural titled “Our Journey Upstream.” The community-led project was facilitated by Ottawa-based artist Narmin Kassam. I thought, “What better way to complement the written stories in the exhibition than by presenting a colourful visual metaphor of our community’s history?” 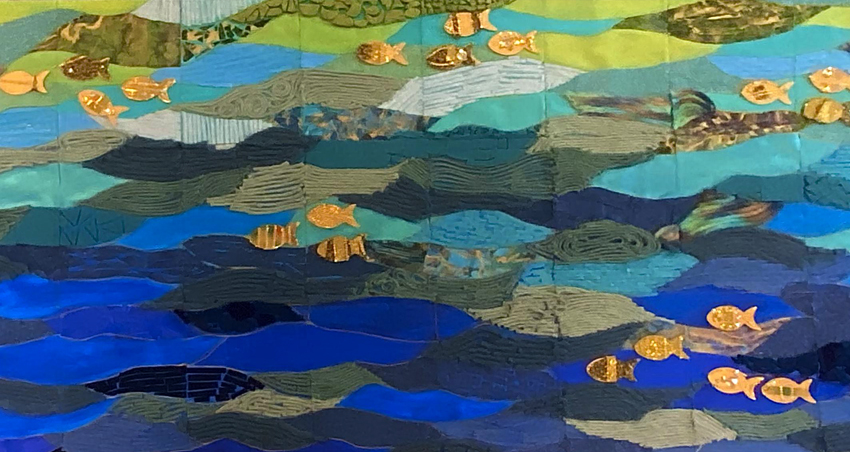 How long did it take to build the exhibition?

I spent hundreds of hours (probably about 400 hours) over several months researching, writing, gathering, corresponding, interviewing, editing, photo editing, designing panels, editing text, and producing the audio play. It was definitely a labour of love, submitted in service to the community.

Are there any panels that didn’t make it into the final exhibition?

Tons! In addition to having to shorten some of the text submissions and trim some of the newspaper clippings we presented, there were also a few artworks that I had to edit out. One of the panels was an optical illusion that couldn’t be read unless you stood in the right spot with instructions; you needed to step to the side and view it from a specific angle. As an exercise in perspectives and empathy-building, it read, “please put yourself in our shoes.”

Where and when will the exhibition travel?

Over the next several months, 50 Years of Migration will travel to places of Ismaili communion and prayer (called Jamatkhanas) and other Ismaili-related institutions across Canada.

Will there be volunteers available to answer questions?

Yes, our goal is to have volunteers available for the duration of the exhibition. They won’t act as tour guides, but they will welcome visitors and answer any questions.

An Ismaili Muslim celebration in Montreal in 2016 (photographed by Muslim Harji Images).

Why are Jamatkhanas being used as one of the exhibition venues?

I love community exhibition spaces; there’s no better way to connect with people than to bring art directly to them. Our Jamatkhanas are seen as artworks in and of themselves — they are marvels of architecture, geometry, and interior design. It’s also fitting to share these stories in our Jamatkhanas, which are hubs for culture and community. I have gone to “khane” since I was a baby. These community halls are a place to convene, reflect, and celebrate.

For the launch of this exhibition, the Aga Khan Museum is the perfect backdrop to showcase these stories.

In a recent essay published about your work, writer Devyani Saltzman talks about seva as a central concept in your work. Can you tell us about that?

As an Ismaili kid born in Vancouver, I grew up around volunteers. My parents, aunts and uncles served as community leaders, so many of the moral questions in my work stem from that ingrained sense of service to others. It was actually a conversation I had with a fellow Ismaili artist, Salima Punjani, where I realized that my constant desire to make an impact or help someone with my artwork comes from that Ismaili concept of seva.

So, how do you fit a rainbow in a suitcase? Have you figured that part out?

When we tell stories, anything is possible.

Aquil Virani is a self-taught Canadian visual artist who was born in Vancouver, raised in Surrey, and is now based in Toronto. He makes socially conscious art that involves audience participation and uses art as a tool for social change.

Virani was appointed as the Creative Director for this exhibition after serving as the artist-in-residence at the Canadian Museum of Immigration this past year. He led the research, conceptual development, graphic design and audio editing of this exhibition.