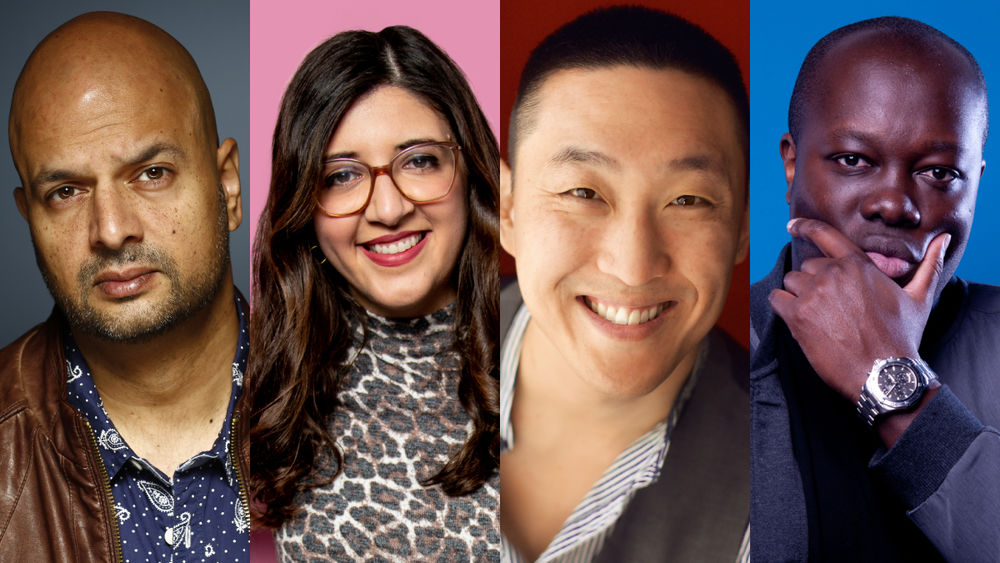 Get your funny fix with a lineup of Toronto’s top emerging comedians, in the first of two evenings curated by comic Ali Hassan, host of CBC Radio’s Laugh Out Loud. You’ll enjoy tongue-in-cheek delivery, biting observations, and salty wisecracks on today’s hot topics. From Islamophobia to sexism and all the discriminations, you’ll hear refreshing perspectives on what are often difficult conversations.

We kick off the series with:

Nour Hadidi is a Jordanian-born stand-up comedian, recently described by Now! Magazine as "one of the freshest stand-ups on the local scene with jokes that are sharp and delivered with impeccable timing." She’s also a writer at CBC’s This Hour has 22 Minutes, and in 2018 she filmed a half hour comedy special for Comedy Central in the Middle East.

Leonard Chan talks about growing up Asian in Canada, his limited understanding of politics, and the most important task of keeping his wife happy. He’s performed at comedy festivals across Canada including Montreal’s Just for Laughs, and he’s been heard on CBC's The Debaters and Laugh Out Loud.

Arthur Simeon is a Ugandan-born comedian who’s spent the last decade performing around the world. His gift for storytelling has led him to perform eight times on Just for Laughs, as well as appearances on HBO and the Comedy Network. He’s also a regular on CBC Radio's Laugh Out Loud and The Debaters.

Ali Hassan is a Canadian comedian, best known as the host of CBC Radio One's weekly comedy program Laugh Out Loud, and since 2017 as the moderator of CBC Radio's annual Canada Reads competition.

Jokes Among Friends is part of our 2019/20 Performing Arts season, Listening to Each Other, which pays tribute to the role of the performing arts in connecting communities, spurring social change, and celebrating diversity.