The Aga Khan Museum is closed until further notice. Please click here to learn more about the Museum’s response to COVID-19.
Cultural Encounters in the Deccan: Birth of the Islamic Architecture in Peninsular India 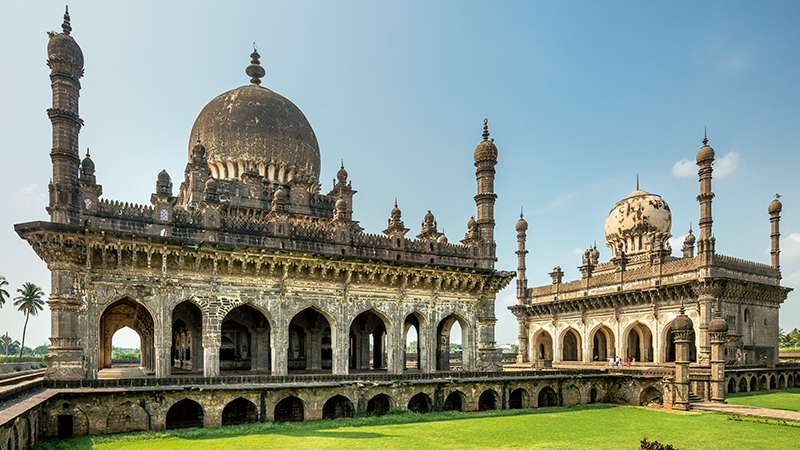 Cultural Encounters in the Deccan: Birth of the Islamic Architecture in Peninsular India

Enjoy a discussion by archaeologist, scholar, and author Helen Philon on the architecture the Deccan region. Then, join the author in the Museum’s atrium for an exclusive book signing opportunity.

From the 14th to the 18th centuries, the rulers of the Muslim kingdoms of the Deccan were among the greatest builders of their time. Their monuments endure to this day as testimony to vast power, immense wealth, and cultural cosmopolitanism. Together with George Michell, Helen Philon has surveyed many of these monuments in a recently published and lavishly illustrated volume with specially commissioned, splendid photographs by Antonio Martinelli. This publication makes a significant contribution to the understanding of the architecture and culture of the Deccan, a region that is still little known and under-appreciated by the general public, both within and outside India.

While Michell and Philon cover the broadest possible range of Deccan Islamic architecture in their new publication, Philon’s lecture will concentrate on the Bahmanis of Gulbarga and Bidar and the Adil Shahis of Bijapur. With the Bahmanis, Deccani architecture embraces local pre-Islamic traditions and introduces the Persian-influenced vocabulary of architectural features and themes of the Timurids of Central Asia. This new vocabulary of forms and designs is then further developed by their successors, the Adil Shahis. After vanquishing Vijayanagara in 1565 and seizing the treasury of this great Hindu capital, the Adil Shahis embarked upon a series of ambitious citadels, tombs, mosques, and palaces at their capital in Bijapur. All of these monuments are the subject of Helen's lecture, which will be illustrated with the photographs of Antonio Martinelli.

Helen Philon is an archaeologist, scholar, and lifelong academic with a MPh in Pre-Islamic Art from the School of Oriental and African Studies, University of London. She wrote her PhD thesis on Bahmani architecture in the Deccan at the same institution. Philon fell in love with the Deccan while studying the region for her doctoral dissertation. Her desire to preserve the region’s monuments and ancient works of architectural genius for posterity grew out of a particular affinity for places, like the Deccan, which serve as crossroads between different peoples and different worlds. In the ruins and reliquaries of the Deccan, she saw a dialogue of more than two thousand years. After meeting George Michell and Mary Anne Cordeiro, she helped found the Deccan Heritage Foundation, and now sits on its Board of Trustees.