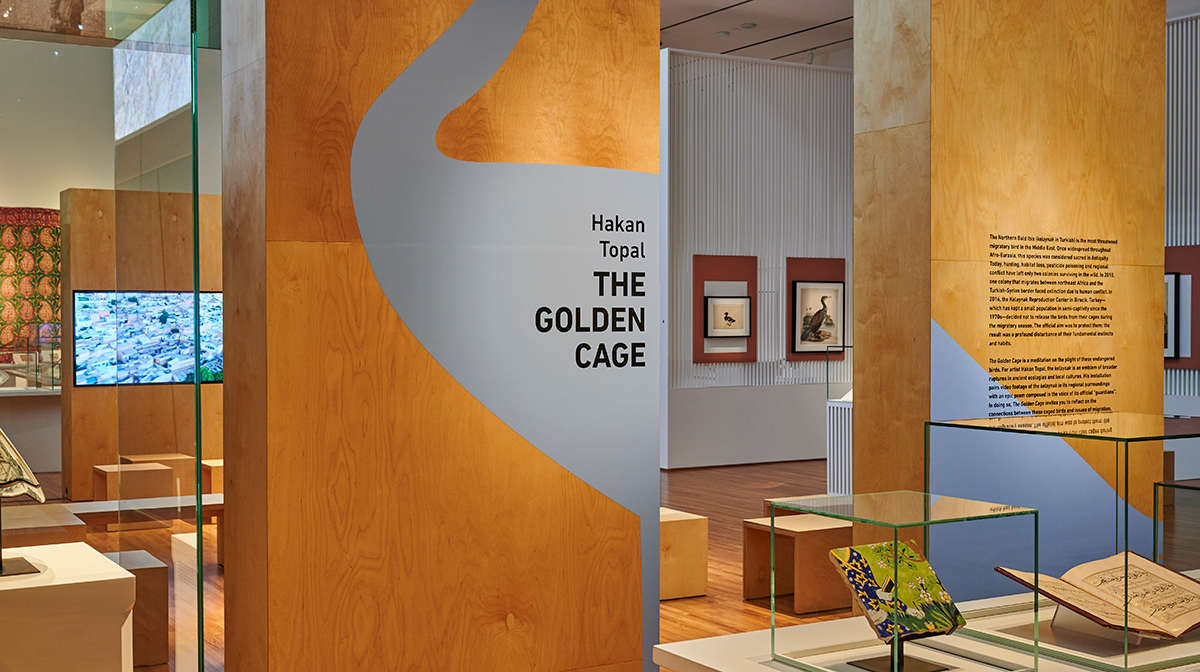 Delve deeper into the Aga Khan Museum’s newest special installation on an exclusive tour with Curator Dr. Michael Chagnon. Hakan Topal: The Golden Cage explores the impact of human intervention on the life of one of the world's most endangered bird species across the highly nationalized terrain of the Turkish-Syrian border.

Using the plight of the kelaynak bird as a catalyst for the installation, artist Hakan Topal provides a challenging yet thoughtful commentary on the notion of man-made borders as cages, questioning the autonomy of vulnerable people who must migrate and cross borders to survive.

This Insight Tour led by Aga Khan Museum Curator Dr. Michael Chagnon is your chance to interact directly with the Curator behind the installation. Dr. Chagnon will reveal the thought-provoking connections between the threatened species and issues of human migration, and touch upon the inspiration behind the installation and its use of multiple media to convey the underlying juxtaposition of confinement and autonomy.

Dr. Michael Chagnon is a Museum Curator specializing in painting and the arts of the book from the early modern Persianate sphere. He was appointed Curator at the Aga Khan Museum in May 2019, where he has curated six exhibitions, including most recently Hakan Topal: The Golden Cage (2022).

Dr. Chagnon has previously held curatorial posts at the Brooklyn Museum, LACMA, and Japan Society, and served in curatorial capacities for exhibitions at New-York Historical Society and Asia Society Museum.

In addition to curatorial and museum work, Dr. Chagnon has substantial teaching experience, including a graduate seminar on "Critical Approaches to Persianate Painting" at Columbia University (Spring 2019); a master-class series on Islamic manuscripts at the New York Public Library (2018); and surveys of Islamic art at City College of New York (2009-10), Montclair State University, New Jersey (2009), and the College of New Rochelle, New York (2008).