The Aga Khan Museum is closed until further notice. Please click here to learn more about the Museum’s response to COVID-19.
Electro Chaabi and Tunisia Clash 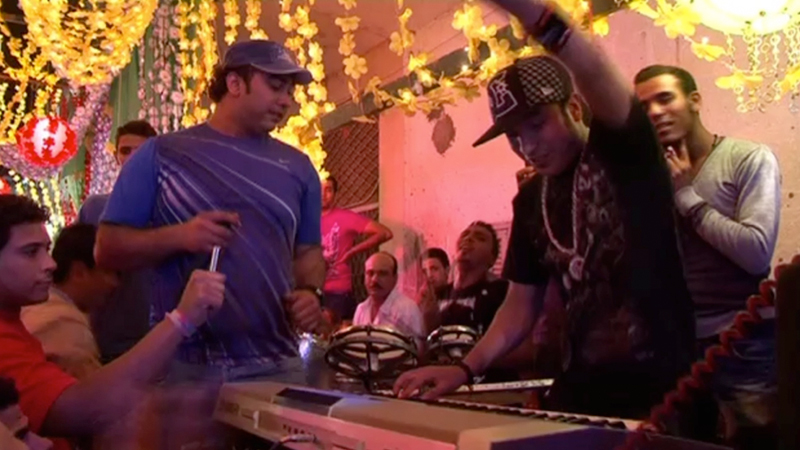 “Artists, activists, and ordinary citizens confided in me, entrusting me with their dreams and hopes: between bitter conclusions, (a) desire for revolt and thirst for freedom." — Hind Meddeb, journalist and director

Enjoy a double bill screening of films that explore some of the most cutting-edge music being made in the Middle East in the wake of the Arab Spring.

On the margins of the cultural revolution that swept over Egypt, in the poorest neighborhoods of Cairo, an electrifying local form has evolved out of the popular music known as “chaabi.” Mahraganat, Arabic for "festivals" — and also known as “electro chaabi” — is a wild and addictive blend of traditional and electronic music with hip hop and more. In a country where half of the population is under the age of 25, and at a time of major social upheaval, mahraganat has become a phenomenon.

In this documentary, director Hind Meddeb travels across Tunisia, from slums to deserts, to capture the pulse of Tunisian youth that might be liberated — but are not yet free from worry.
Rappers Phenix, Weld el 15, Emino, Madou and Klay Bbj of Tunisia believe that after the fall of the regime in 2011, they now have the right to say anything. Rather than bringing a newfound freedom of expression, however, the revolution seems to have paved the way for a different yet equally oppressive ruling class. In the same way they denounced the dictatorship of Ben Ali, these musicians are now taking to the microphone to denounce the new government and the corrupt, slow-to-reform system, as well as the ever-present shadow of extremists. As a result, they are suffering from unprecedented oppression including arrests, harassment, surveillance, and more.