The Museum is temporarily closed in support of public health efforts to stop the spread of COVID-19. Go here to learn more.
Baaba Maal: Duniya Salaam

Celebrate Black History Month at the Museum with the incomparable global music legend Baaba Maal. Photo courtesy of the artist.

Don’t miss a rare and intimate performance from global legend Baaba Maal, performing the soaring melodies that have made him one of the world’s most renowned musicians.
Each performance will have a different repertoire.

The Senegalese singer, guitarist, and percussionist will give two performances, both centred around the theme of Duniya Salaam, which translates to World Peace. Maal’s shows are part of an Artist Residency here at the Museum that will also have him leading youth workshops and taking part in a public discussion about music’s role in uniting cultures.

As part of his 4-day residency in Toronto, Baaba Maal will be joined by three local artists, active in the Toronto music scene, who work across different genres and practices. Collectively, they will discuss music as a platform for social change, and, by extension, music as a unifying agent.

Born into a family of fishermen, Maal became a global sensation known for fusing West Africa’s sounds and griot tradition with western rock and pop. His three-decade-long career includes 11 studio albums, a Grammy-nomination, a recent collaboration with Mumford & Sons, and a key role in the Oscar-winning Black Panther score. Yet, his music has always remained rooted in Senegal, as he sings in his native Pulaar tongue, rallying around his people and their causes.

Baaba Maal: Duniya Salaam is part of our 2019/20 season Listening to Each Other, which pays tribute to the role of the performing arts in celebrating diversity, preserving culture, and spurring social change. 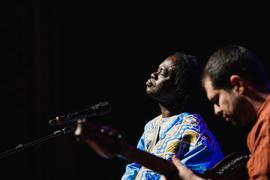 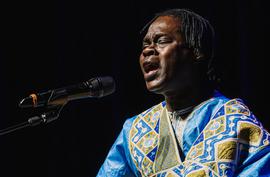 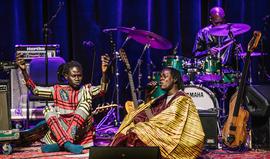 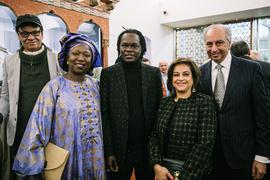 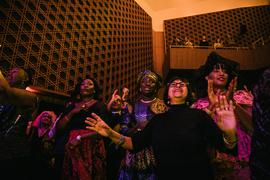