The Museum is temporarily closed in support of public health efforts to stop the spread of COVID-19. Go here to learn more.
Vocodeliks by Sussan Deyhim 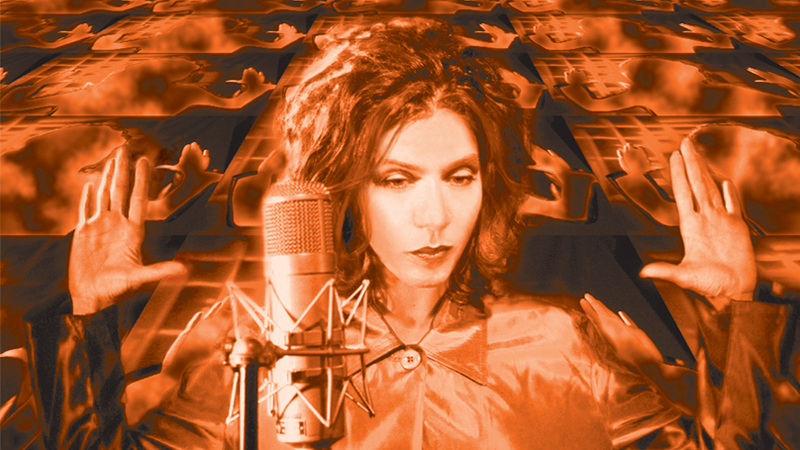 Incorporating the ancient mysticism of Middle Eastern music with the wizardry of modern technology, artist and vocalist Sussan Deyhim delivers a haunting, lushly layered vocal performance in this one-woman show.

Leveraging the human voice as an instrument, the sounds of Vocodeliks are derived from Sussan’s own excursions in film music — including collaborations with Iranian artist and filmmaker Shirin Neshat, whose work is on display in Contemporary Persians. Discover for yourself why the technical and emotional range in Vocodeliks has entranced audiences across North America in this enchanting showcase performance!

Tickets to this event include same-day Museum admission.

Sussan Deyhim is an Iranian American composer, vocalist, and performance artist internationally known for creating a unique sonic and vocal language, imbued with a sense of ritual and the unknown. Described as “one of Iran’s most potent voices” by LA Times, Sussan creates music true to the spirit of her ancient heritage, while also pointing to the future with personal and poetic dramatic sensibility. Her mesmerizing soundtracks can be heard in seven video installations by Iranian artist Shirin Neshat — one of which was awarded the Golden Lion at the Venice Biennial in 1999 — and have been presented globally across prominent museums.