As of September 22, visitors ages 12+ will be required to present proof of full vaccination against COVID-19. Go here for more details.
Home Within with Kinan Azmeh and Kevork Mourad 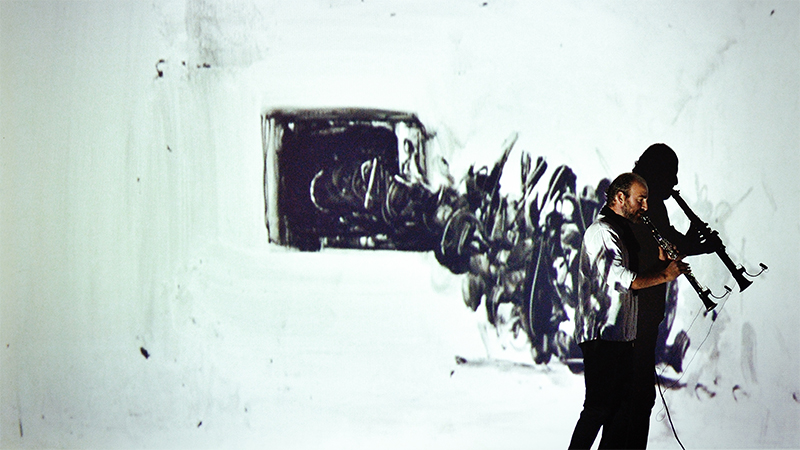 Home Within with Kinan Azmeh and Kevork Mourad

Experience a powerful reflection on the Syrian revolution and its aftermath with Syrian composer/clarinetist Kinan Azmeh and Syrian-Armenian visual artist Kevork Mourad! In this showcase performance, art and music develop in juxtaposition, creating an impressionistic reflection on Syria's recent history.

Home Within has toured North America and Europe in efforts to raise awareness and funds for Syrian refugees.

Kinan Azmeh is one of Syria’s most celebrated musicians. Born in Damascus, Syria, Kinan was the first Arab artist to win the Premier Prize at the 1997 Nicolai Rubinstein International Competition in Moscow. He is a graduate of New York's Juilliard School as a student of Charles Neidich, and the Damascus High Institute of Music. He also holds a degree from Damascus University’s School of Electrical Engineering. In 2013, Kinan earned his Doctorate Degree in Music from the City University of New York. Kinan has appeared worldwide as a soloist, composer, and improviser in such venues as the Opera Bastille, Paris; Tchaikovsky Grand Hall, Moscow; Carnegie Hall, Alice Tully Hall, and the UN's General Assembly, New York.

Kevork Mourad received his MFA from the Yerevan Institute of Fine Arts in Armenia. Six of his pieces are in permanent residency at the Gyumri Museum in Armenia, and several more at the Armenian Library and Museum of America in Watertown, Massachusetts. As part of group shows, his works were exhibited at the NYU Small Works Gallery in 2005 and 2007, and his digital piece, The Map of Future Movements, toured as part of a group exhibition in Jerusalem and Ramallah, and was featured in the 2010 Liverpool Biennial. As a teaching artist with the Silk Road Project, he has worked with public school students throughout the five boroughs of New York, where he currently lives.

Photo(s) by Piotr Połoczański, courtesy of The Festival of World Cultures in Gdańsk