The Museum is temporarily closed in support of public health efforts to stop the spread of COVID-19. Go here to learn more.
Feathers of Fire: A Persian Epic 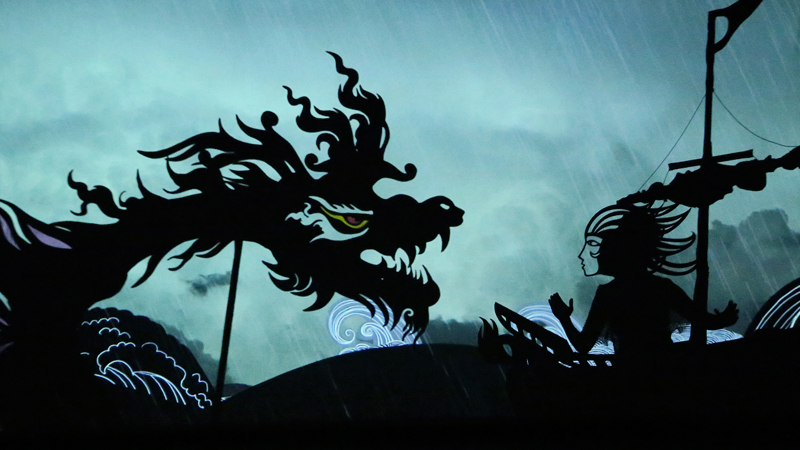 Feathers of Fire: A Persian Epic

Feathers of Fire: A Persian Epic is a visually stunning cinematic shadow play for all ages. The play details an action-packed magical tale of star-crossed lovers — Zaul and Rudabeh — from the 10th-century Persian epic Shahnameh, whose love triumphs against all odds.

Hamid Rahmanian's graphics, derived from the visual tradition of the region, are rendered as puppets, costumes, masks, scenography, and digital animation, all of which will come to life in a “live animation” shadow cast technique perfected by shadow master Larry Reed on a cinema-size screen. The play also features an original score by the acclaimed musical team, Loga Ramin Torkian and Azam Ali.

Hamid Rahmanian - Director
Hamid Rahmanian is a 2014 John Guggenheim Fellow. His work centers on film and graphic arts and has been exhibited in international competitions and publications. His narrative and documentary films have premiered at Venice, Sundance, TIFF, Tribeca, and IDFA film festivals. He has won numerous international awards, and his works have been televised on international networks, including PBS, Sundance Channel, IFC, Channel 4, BBC, DR2, and Al Jazeera.

Presented in partnership with TIRGAN as part of the Nowruzgan Festival at the Toronto Centre for the Arts.