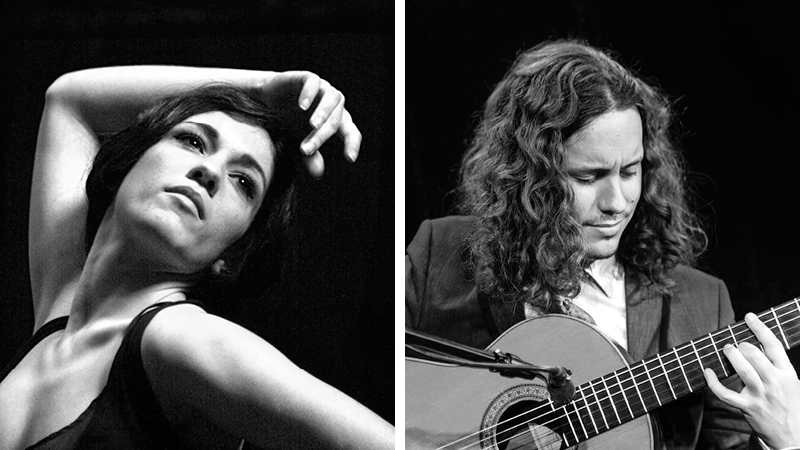 Learn the basics of flamenco art with Torito Media’s Justine Bayod Espoz, guitarist Pablo Giménez, and dancer/choreographer Sara Jiménez Andrés! Featuring music and dance with roots in Granada, this performance draws on the city of inspiration and plurality to showcase the power and momentum of flamenco.

Sara Jiménez Andrés has been dancing since the age of 5, and began studying Spanish dance and flamenco professionally at the age of 10. She is a graduate of the Reina Sofía Professional Dance Conservatory and has previously performed with the Ballet Flamenco de Madrid. In 2013, Sara returned to Granada to premiere as a soloist in “Recital Flamenco” at the La Chumbera Enrique Morente Theatre. She continues to participate in the XXVIII Andrés Segovia International Festival as a seasoned flamenco dancer.

From Granada to the Generalife Palace
Sunday, October 16, 6 pm