As of September 22, visitors ages 12+ will be required to present proof of full vaccination against COVID-19. Go here for more details.
CLASSICAL MUSIC SERIES Enchanting Sitar with Pandit Budhaditya Mukherjee 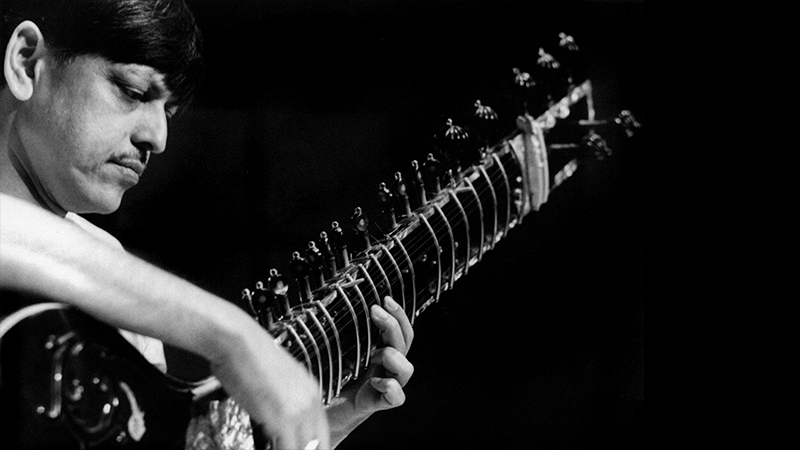 See both Raag Mala shows in our Classical Music Series and save! Discount applied at checkout when you add both shows to your cart.

Often used to solely describe Western traditions, the term "classical music" is re-examined within the context of cultural diversity in this special series of performances. Our Classical Music Series presents the sights and sounds of North Indian, Indonesian, Italian, and Syrian musical traditions. Redefine your understanding of classical music through performances that explore melodic scales, historical recordings, and new interpretations of Western repertoire.

The first concert in our Classical Musical Series features raags (melodic scales) special to the musical traditions of Northern India. Pandit Budhaditya Mukherjee, master of the gayaki ang (a vocal style) made famous by the Imdadkhani Gharana, presents evening raags on the sitar.

Pandit Budhaditya Mukherjee is one of the most sought-after sitar players from India. He has performed dozens of concerts in more than 25 countries and is a recipient of numerous awards, including the prestigious Sangeet Natak Akademi award, presented annually by the President of India.

Presented in partnership with Raag-Mala Toronto

Singing from the Heart with Warren Senders
Sunday, September 25, 3 pm