As of September 22, visitors ages 12+ will be required to present proof of full vaccination against COVID-19. Go here for more details.
CLASSICAL MUSIC SERIES Arias and Maqams by Lubana Al Quntar 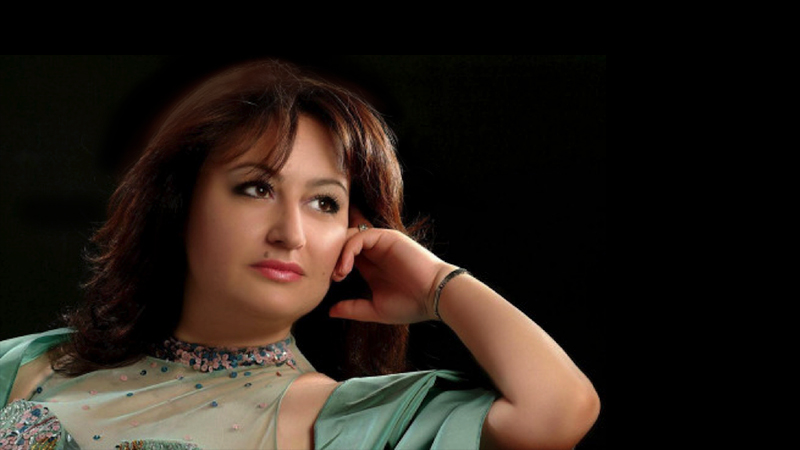 Attend both the show and the symposium Syria’s Art and Architecture: A Multicultural History and save!

Often used to solely describe Western traditions, the term "classical music" is re-examined within the context of cultural diversity in this special series of performances. Our Classical Music Series presents the sights and sounds of North Indian, Indonesian, Italian, and Syrian musical traditions. Redefine your understanding of classical music through performances that explore melodic scales, historical recordings, and new interpretations of Western repertoire.

Arias and Maqams is a reflection of a distinctive artistic vision shaped by the charm of oriental music of ancient cultures and traditions. Open your ears as Lubana Al Quntar, Syria’s first opera singer, and oud virtuoso/composer Issam Rafea bridge Western classical and Arabic maqam traditions in this showcase performance, rooted in rich poetic lyrics and original compositions.

Lubana Al Quntar — vocals
Born in Damascus, Lubana Al Quntar was the first Arab artist to win a prize at the 1997 International Singing competition in Belgrade, Serbia, as well as the prestigious Queen Elizabeth singing competition in Brussels, Belgium. She has studied at the Royal College of Music in London, the Maastricht Academy of Music in Holland, and the Damascus High Institute of Music in Syria. Throughout her career, Al Quntar has appeared at such venues as the Kennedy Centre, the Cairo Opera House, and the Opera Bastille in Paris.

Issam Rafea — oud and compositions
Rafea is the Chair of the Arabic Music Department at the Damascus High Institute of Music in Syria and has received many awards throughout his career, including the Best Composer Award during the 2010 Dubai International Film Festival. Rafea has also served as the principal conductor of the Syrian National Orchestra. He continues to play oud in Hewar, a contemporary Arab music ensemble that he co-founded.

Singing from the Heart with Warren Senders
Sunday, September 25, 3 pm