As of September 22, visitors ages 12+ will be required to present proof of full vaccination against COVID-19. Go here for more details.
Aleppo: A City and Its Architecture 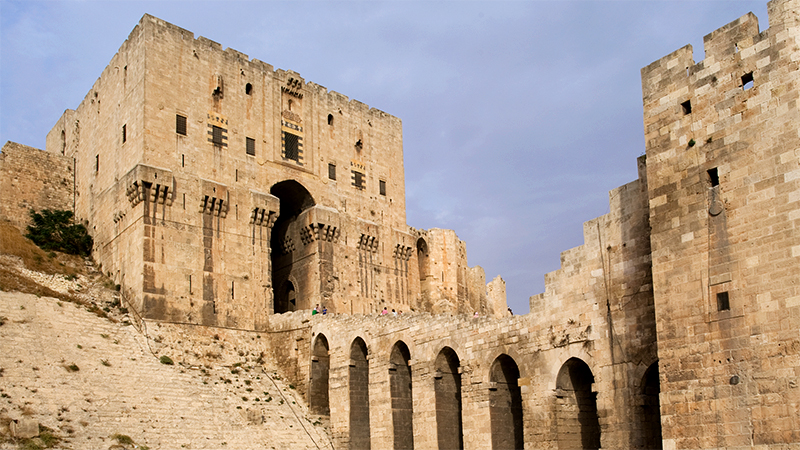 Aleppo: A City and Its Architecture

Aleppo, Syria’s largest city, has dominated recent headlines with news of war, refugees, and the ongoing destruction of the city. Yet Aleppo has a long history of music, architecture, and cuisine that was shaped by its location as a crossroad of civilizations along the ancient trade routes for merchants from Asia, Europe, and North Africa.

To celebrate Aleppo’s heritage and learn about the current situation there, join us for an afternoon dedicated to Aleppo. After a performance by the Nai Syrian Children’s Choir celebrating the city’s musical traditions, historian Ross Burns — former Ambassador from Australia to Syria and Lebanon, author of Aleppo: A History and creator of the website Monuments of Syria: A Window on Syria’s Past — will give an illustrated talk about Aleppo’s social and political background and how the war has affected the city’s historic landscape. This will be followed by a reception and a visit to our new exhibition Syria: a Living History.

Dr. Ross Burns is the author of three books on the archaeology and history of Syria with a fourth to be released in October 2016. After graduating from Sydney University, he spent almost forty years in the Australian Foreign Service, with assignments in several Middle Eastern countries, including assuming the position of Ambassador to Syria in the mid-1980s. Since retiring from diplomatic life in 2003, he furthered his education by preparing a doctorate at Macquarie University in Sydney on the archaeology of Roman cities of the Eastern Empire.

Nai Syrian Children’s Choir was formed in April 2016 by a team of passionate staff and volunteer musicians at CultureLink, a Toronto-based charity non-profit. The choir provides a unique opportunity for recently arrived Syrian children to learn to express their grief, yearning, love, and hope through song. The children perform their own interpretations of ancient and contemporary Syrian songs, such as “Ha La La La La Laya” and “Lama Bada Yatathna.”