The Aga Khan Museum is closed until further notice. Please click here to learn more about the Museum’s response to COVID-19.
An Afternoon with Tanavoli 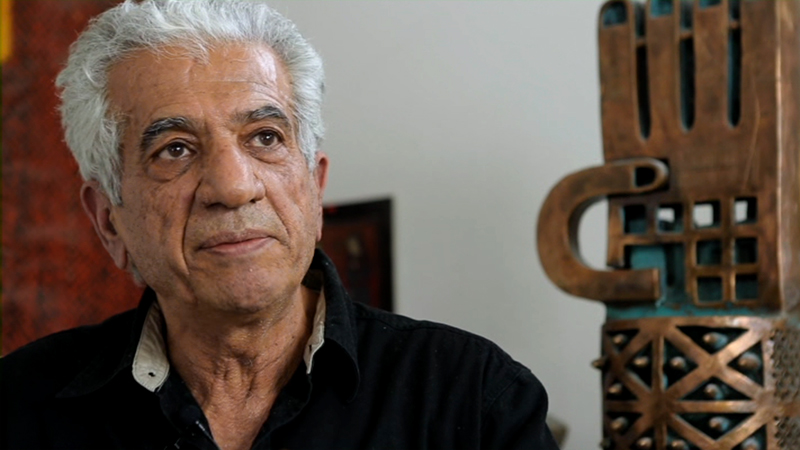 Join acclaimed Iranian-Canadian artist Parviz Tanavoli and filmmaker Terrence Turner for a special screening of Parviz Tanavoli: Poetry in Bronze (2014), which tells the remarkable story of Tanavoli’s journey of creation that has spanned three continents over more than half a century.

Following the screening, Tanavoli and Turner will be joined by Dr. Fereshteh Daftari, who is featured in the documentary, and is curator of an upcoming exhibition on contemporary Iranian art, opening in 2017, for a discussion of the film and Tanavoli’s six-decade spanning career.

Parviz Tanavoli, considered one of Iran’s leading artists, most well known for his bronze sculptures that are inspired by the art of calligraphy. Tanavoli is a pioneer of the Saqqakhaneh movement of the 1960s, which is recognized as the first school of Iranian modern art, with its associated painters and sculptors incorporating elements from Iranian folk art into their creations.

Dr. Fereshteh Daftari is an independent scholar, who is also a former curator of the Museum of Modern Art in New York City. In addition to her work at MoMA, Dr. Daftari has also curated exhibitions at the Grey Art Gallery, New York; Cité Internationale des Arts, Paris; and the University of British Columbia, Vancouver.

Film still from Poetry in Bronze 2014.