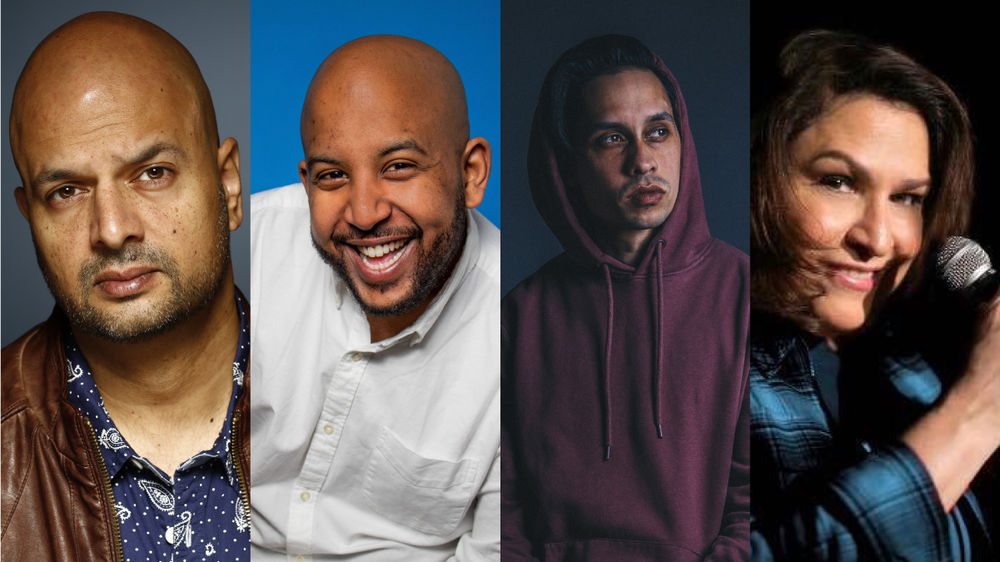 Enjoy uproarious laughs during our second night of Jokes Among Friends, featuring a lineup of Toronto’s top emerging comedians curated by comic Ali Hassan, host of CBC Radio’s Laugh Out Loud. With tongue-in-cheek delivery, biting observations, and salty wisecracks, they tackle today’s hot topics. From Islamophobia to sexism and all the discriminations, you’ll hear refreshing perspectives on what are often difficult conversations.

Our second night of comedy features:

Hisham Kelati performs a mixture of vivid storytelling and stand-up. Hisham has written and starred in sketches for Herb and CBC Comedy. He has also been featured on CBC’s Laugh Out Loud, and has performed on Just for Laughs, Accent in Toronto, and at JFL42. He has opened for comedians K. Trevor Wilson, Azhar Usman, and Chris Redd.

Nick Reynoldson is a comic hailing from Scarborough, Ontario. His unique view on the world led him to SiriusXM’s Top Comic Competition in 2018 where he was a runner-up. He has also appeared in major festivals including Just for Laughs, the Winnipeg Comedy Festival, NXNE, and as part of the New Faces Showcase at JFL42. He’s been featured on MTV, MUCH, and CBC.

Martha Chaves is a Nicaraguan-Canadian comic, voted 2017 Comedian of the Year by the Canadian Comedy Awards. Known for diving into her LGBTQ immigrant experiences, she also takes on Catholicism, weight, shopping, and politics. She’s performed around the world, including in the Middle East for Canadian peacekeeping troops, and at the New York Comedy Festival. She’s had two national comedy specials on the CBC and The Comedy Network, and is part of the cast of CBC’s quiz-show Because News.

Ali Hassan is a Canadian comedian, best known as the host of CBC Radio One's weekly comedy program Laugh Out Loud and as the moderator of CBC Radio's annual Canada Reads competition since 2017.

Jokes Among Friends is part of our 2019/20 Performing Arts season, Listening to Each Other, which pays tribute to the role of the performing arts in connecting cultures, spurring social change, and celebrating diversity.