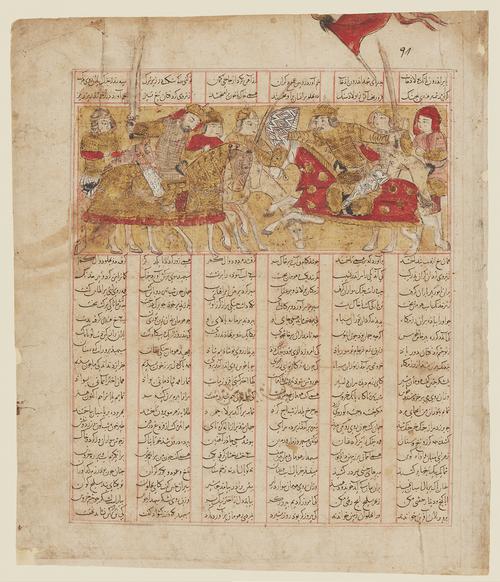 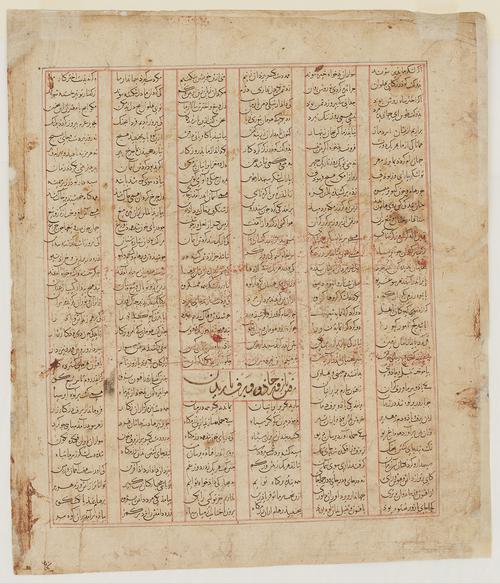 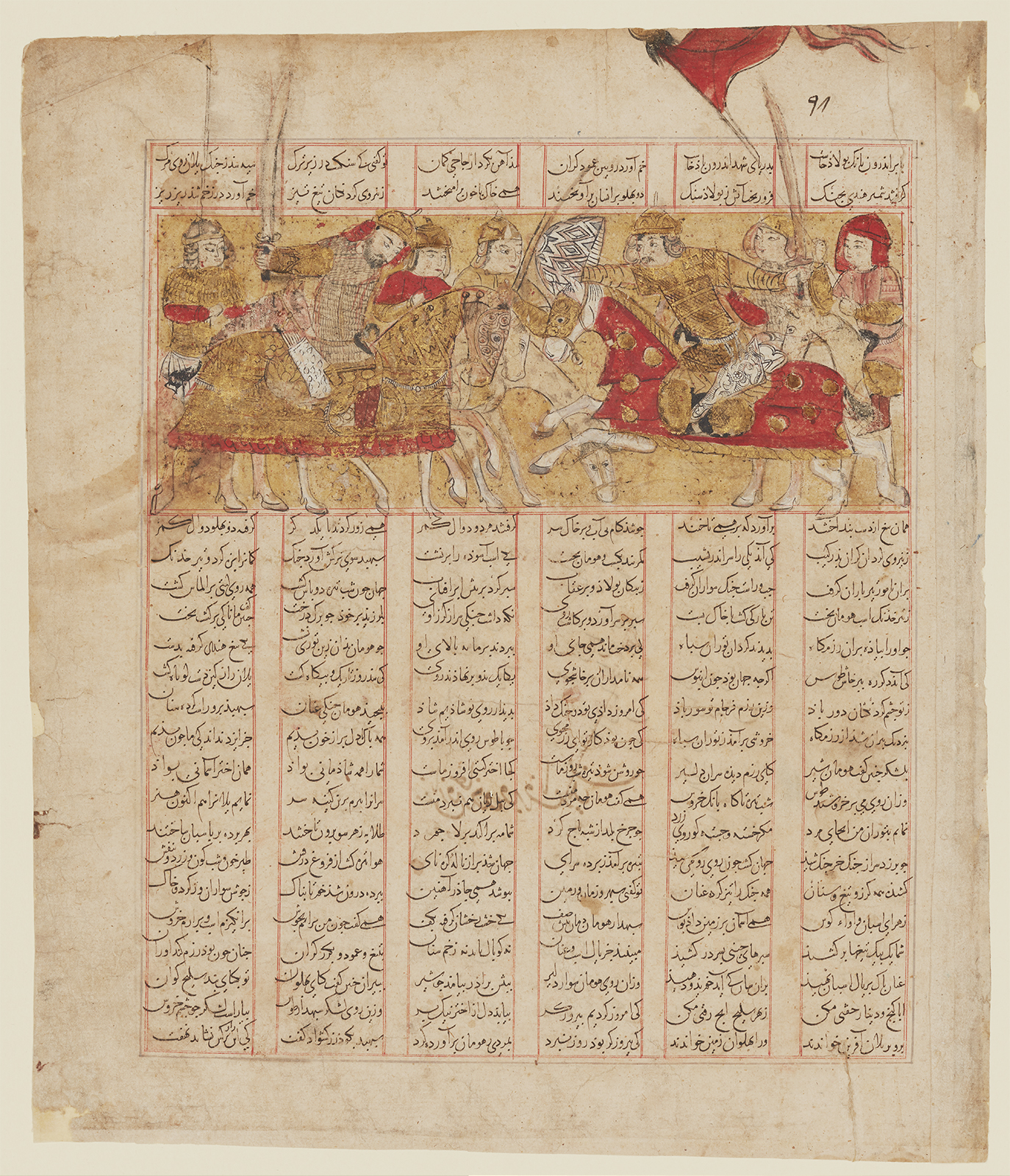 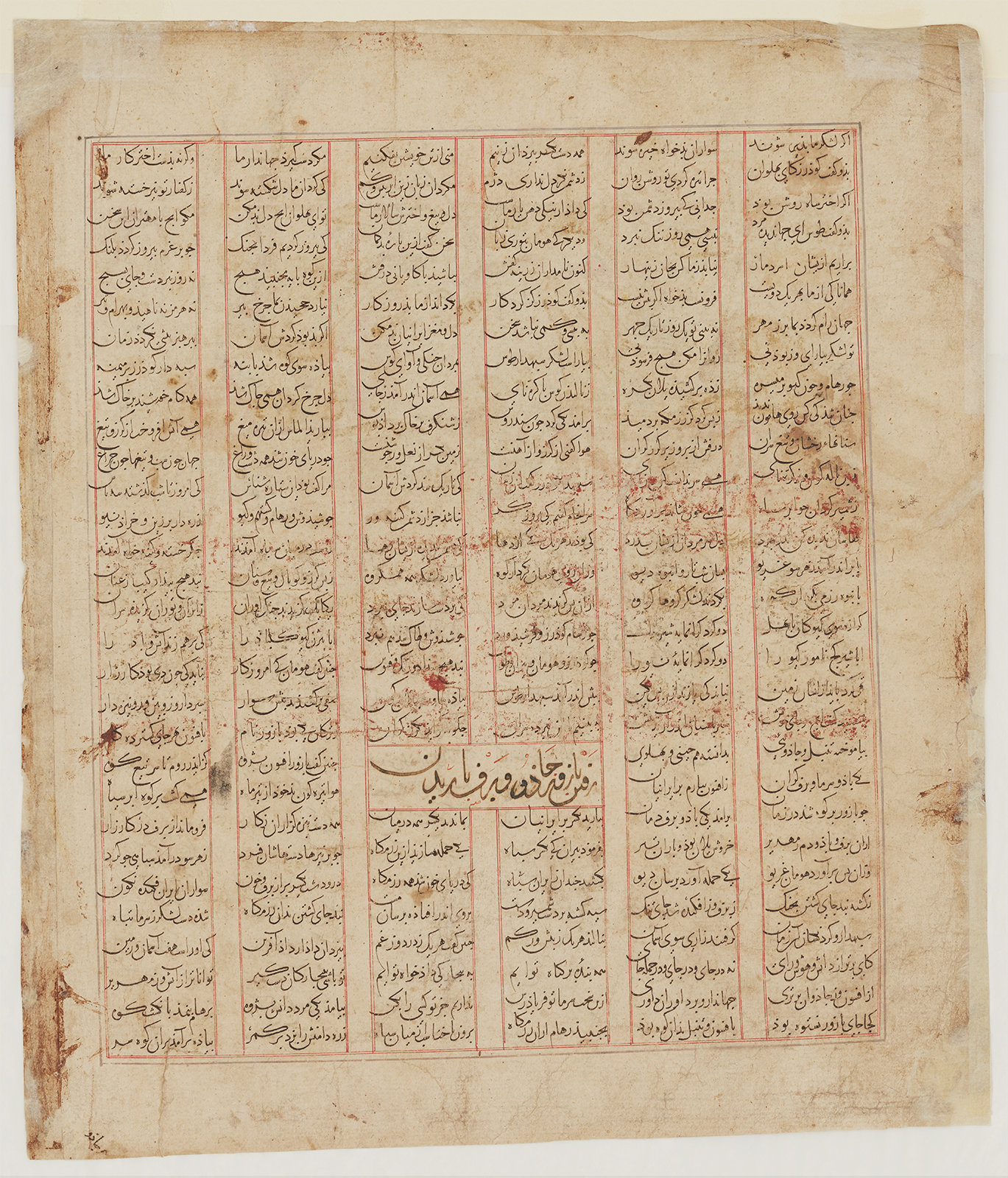 In this folio AKM32 (folio 98 recto), Tus, an Iranian commander, engages Human, a Turanian warrior, in battle that does not end in death, but rather a stalemate. The warriors’ day-long conflict involves all manner of weapons—maces, Indian scimitars, bows and arrows. At the end of the day, however, both retire from the field, vowing to fight again another time. In such a crowded composition—which includes mounted troops, two flag bearers, and several horses in addition to the two principal protagonists—Tus and Human cannot be easily identified. Firdausi’s narrative does mention a shield that Human uses to protect his head, lending credence to the possibility that Human is the beardless warrior on the right extending a domed-shaped shield decorated with a sunburst and diamond pattern. Such a distinctive pattern may have been inspired by verse in which Firdausi characterizes the atmosphere of this long fight as day turned to night: “The mid-day sun, the world became as 'twere / Night's second watch, its face like diamonds.”

Great attention is given in this illustration to the protective coverings worn by the horses. The horse with its neck stretched to the ground is almost comical, though its lighter colour creates an interesting effect of depth, providing contrast for the warriors’ two steeds in the foreground. The underdrawing—notable in the red strokes on the rider and horse in the left side of the painting—reveals the process whereby the manuscript’s artist (or artists) would outline figures before applying pigment. These lines are visible throughout the illustrations of the 1341 Shahnameh.