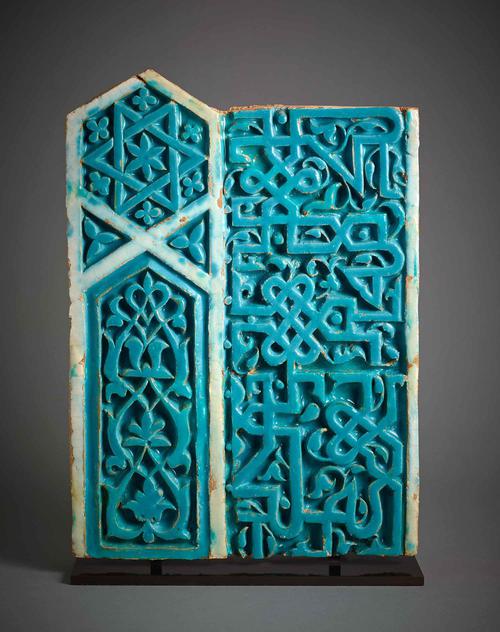 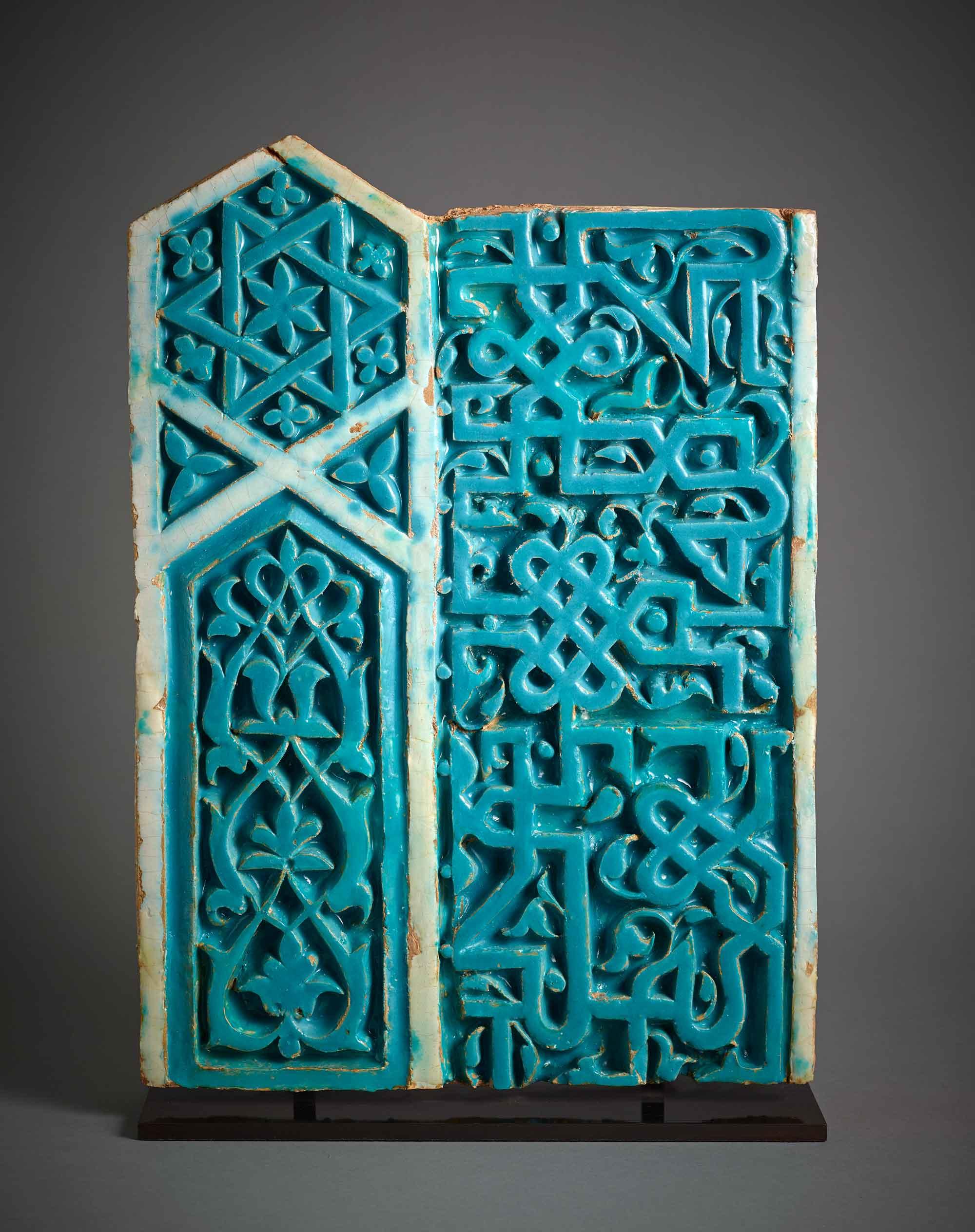 Part of a larger decorative composition, this single tile would have covered the exterior of a building in the second half of the fourteenth century, most probably in present-day Uzbekistan. The shape of the tile indicates that the overall design may have been developed on paper and later transferred to individual tiles. The design consists of two deeply carved elements separated by a flat, incised frame covered in white glaze. The section on the right has an inscription in Arabic stating that “sovereignty belongs to God” where the uprights of the letters are interlaced and knotted to create a complex pattern. The left panel comprises repetitive vertical cartouches of a typical Timurid split-palmette motif alternating with a six-point star. The whole design is carved in relief and glazed in a copper compound fluxed in an alkaline coating to produce the turquoise colour typical in the architectural embellishment of Central Asia.