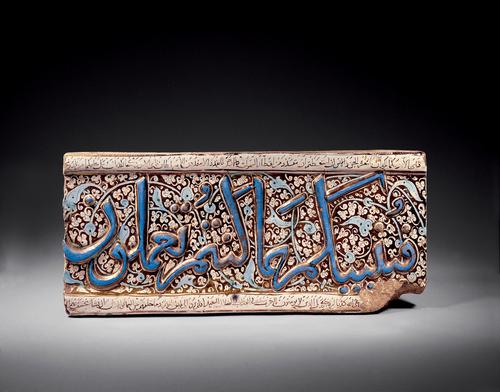 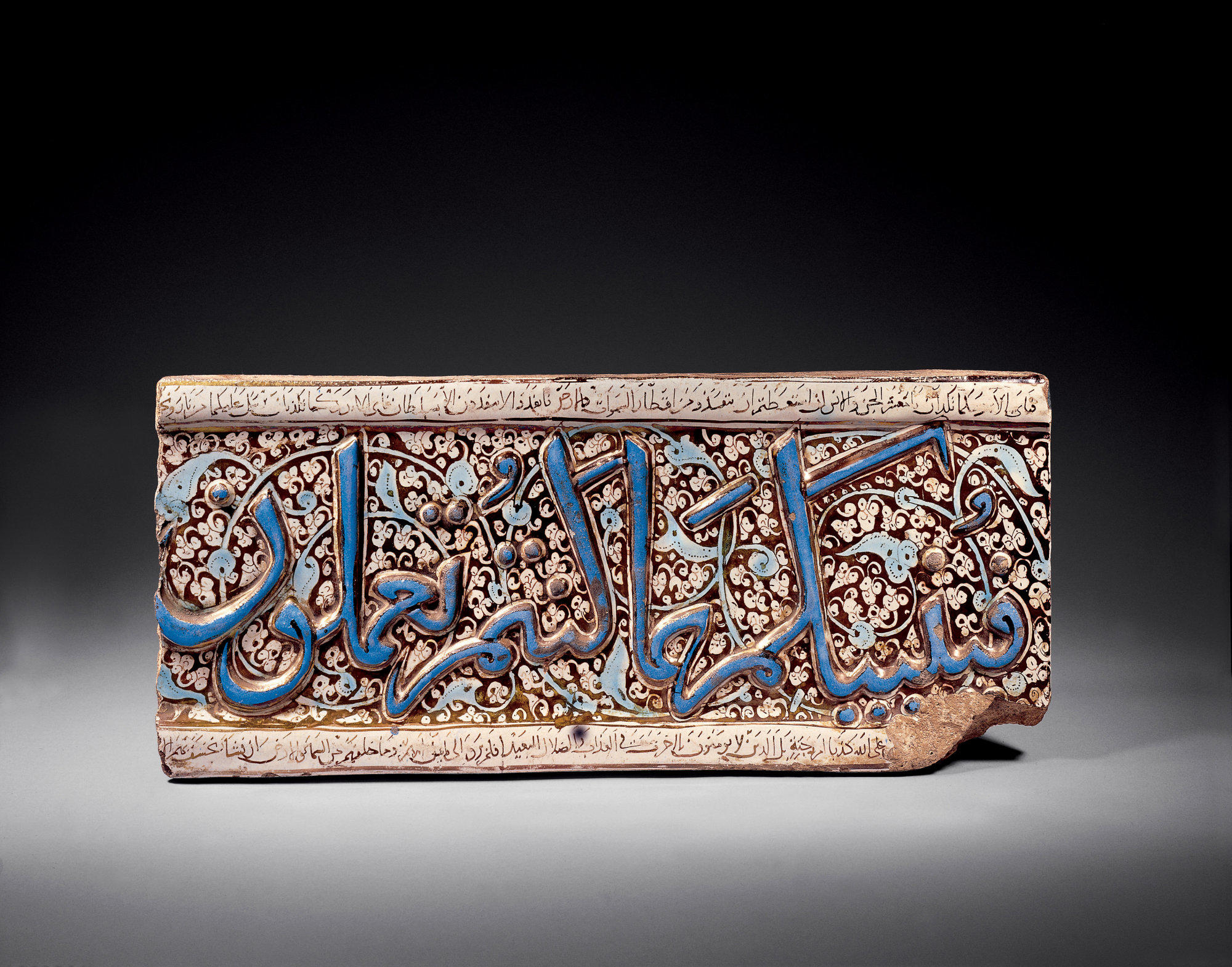 In this panel, the main inscription, in very elegant thuluth script, stands out in relief and in cobalt blue against foliage with palettes highlighted with turquoise blue on a lustre backround with small palmettes filling the spaces. It is bordered with verses from other suras of the Qur’an in naskhi script, on a smaller scale, running along a ribbon set in light relief. The central inscription is from Surat al-Tur (The Mountain). Seven similar tiles which have come down to us, along with an ensemble of tiles made in the same way and displaying other Qur’anic verses, are listed in the inventories of various public and private collections. Nearly thirty tiles in all are known today. According to Sheila Blair, they were probably produced to decorate the shrine of the Sufi master ‘Abd al-Samad in Natanz (Iran). A mihrab composed of three lustre tiles should also be assigned to the same grouping. It is signed by the calligrapher 'Ali ibn Muhammad ibn Fadhallah and dated Shawwal 703 H/March 1310 CE. The signature of Hasan ibn ‘Ali ibn Ahmad Babawayh, a member of one of Kashan’s famous potter families, is given in one of the spandrels. Finally this ensemble is completed by another series of tiles, also decorated with inscriptions but without a border. This latter group is also dispersed across a number of collections. The walls of the shrine chamber were covered with ceramic lustre tiles to a height of 1.65 m. A frieze consisting of a central epigraphic band, surmounted by a border decorated with birds, was displayed above six rows of star-shaped tiles. One of these tiles bears the date 707 H/1308 CE. This exceptional ceramic decorative work which documents the activity of the Natanz ceramicists under the reign of the Ilkhans was superseded by tiles with cuerda seca decorations under the Safavids in 1045 H/1635-36 CE.