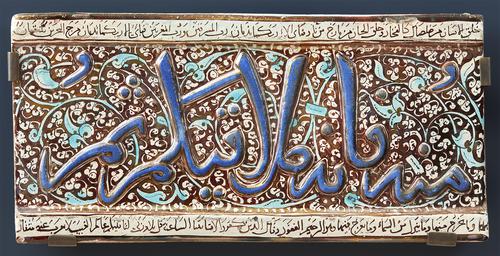 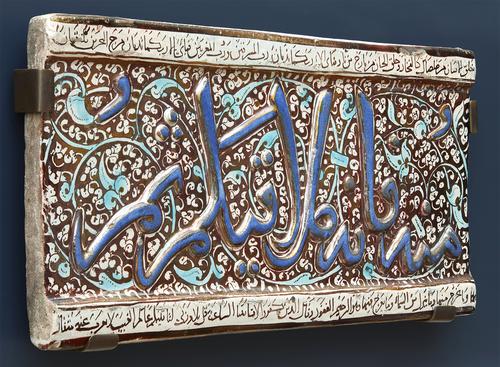 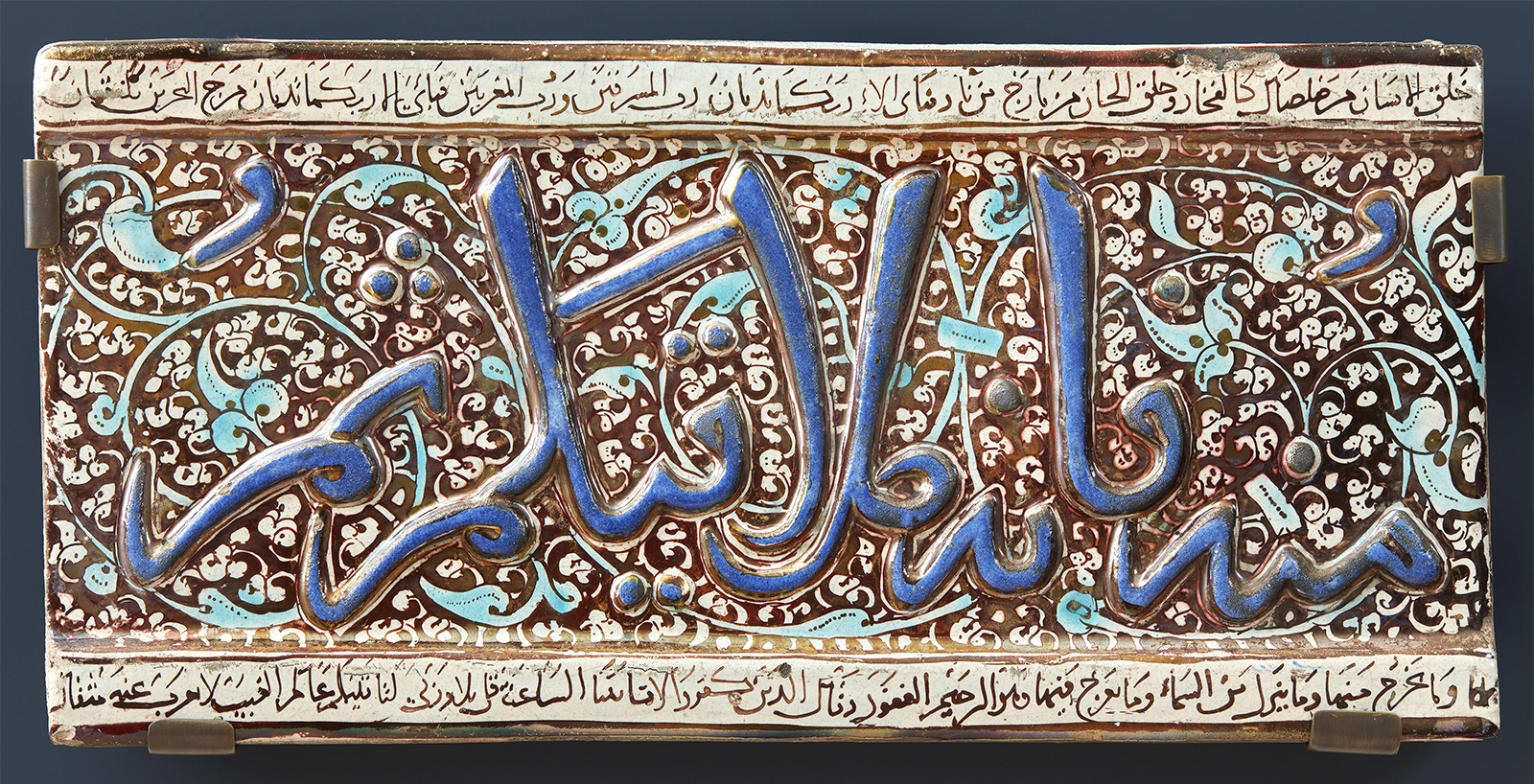 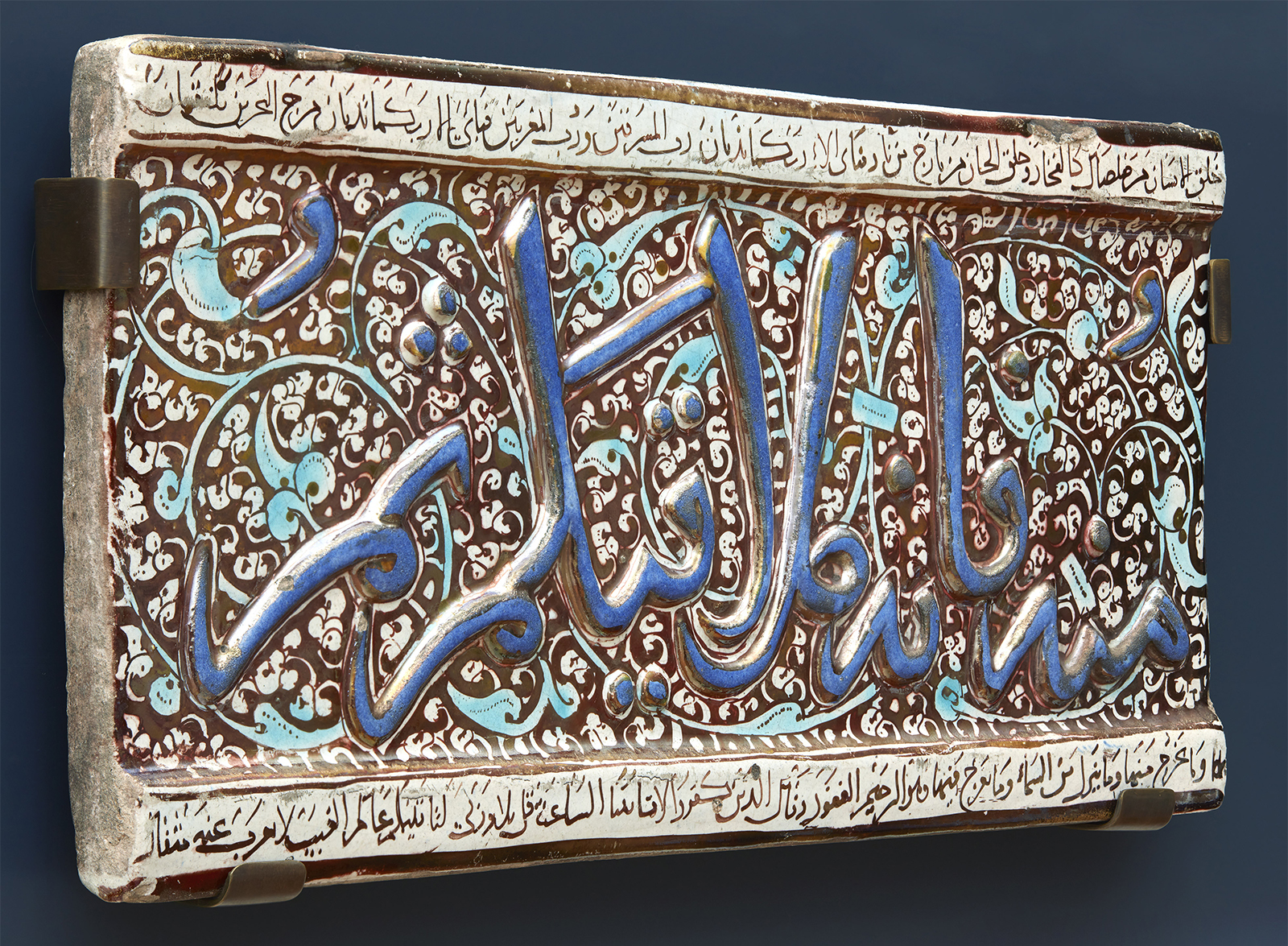 This tile is a decorative element for a building, monument, or other architectural structure. Architectural tiles were often decorated, as seen here, with moulded central inscriptions in thuluth script set on a lavishly ornamented ground with tiny plant designs and vegetal sprays. On both ends, this tile also has narrow borders on a cream white background with densely executed inscriptions in naskh-type script, creating the impression that it was written in haste.

This tile is part of a large calligraphic frieze comprised mainly of citations from the holy book, the Qur’an. Existing examples in international sites and fragments in other collections indicate they were part of the inner wall of a tomb or shrine, framing a panel, or possibly decorating a cenotaph. [1]

The lustre technique applied on this tile was in vogue during the Ilkhanid dynasty in Iran. [2] One of the most influential ceramic centres of Iran and entire Near East, Kashan established the tradition of lustre-painted ceramics and tiles in Iran, and from there, this tradition spread throughout Mediterranean world beginning in the 12th century (see AKM559, AKM763, AKM792, AKM556, AKM557).

2. The sons of Chengis Khan ruled the Mongol Empire and created four khanates: Yuan in China, Chaghatay in Central Asia, the Golden Horde in southern Russia, and Ilkhanate in Greater Iran.