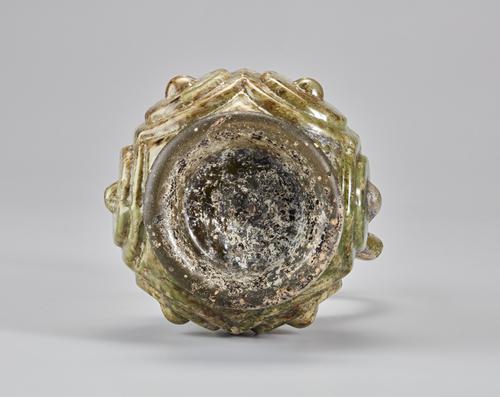 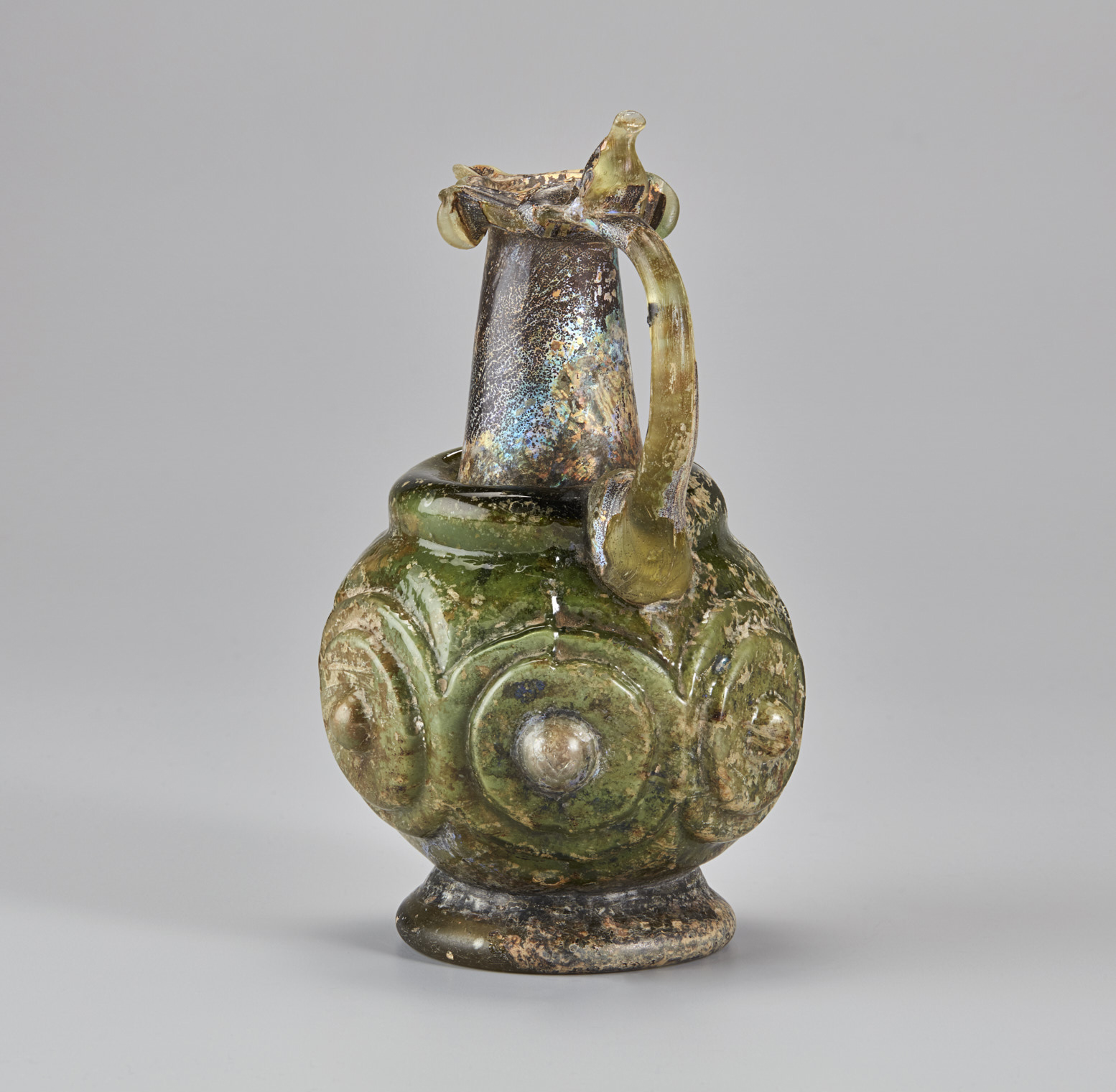 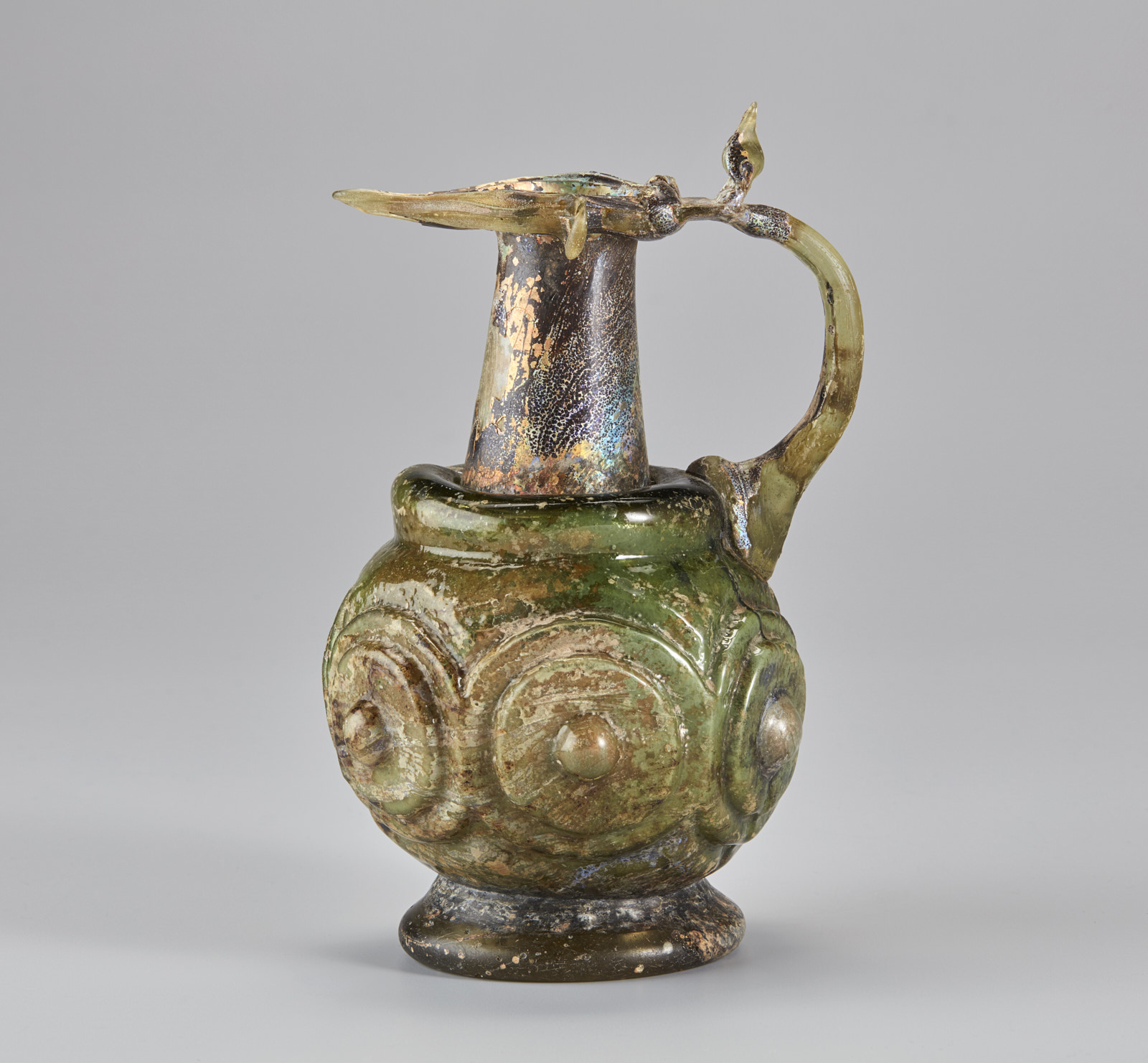 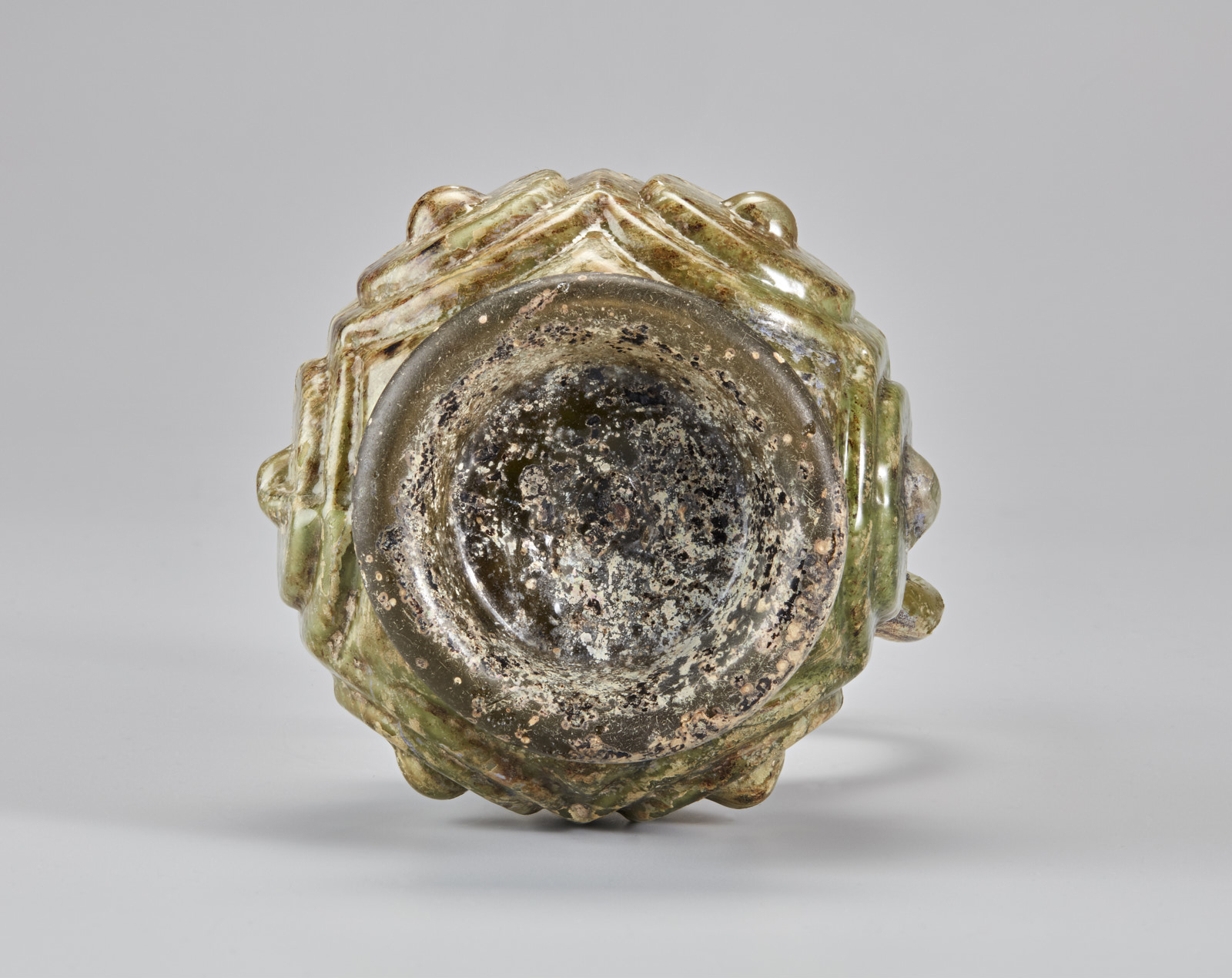 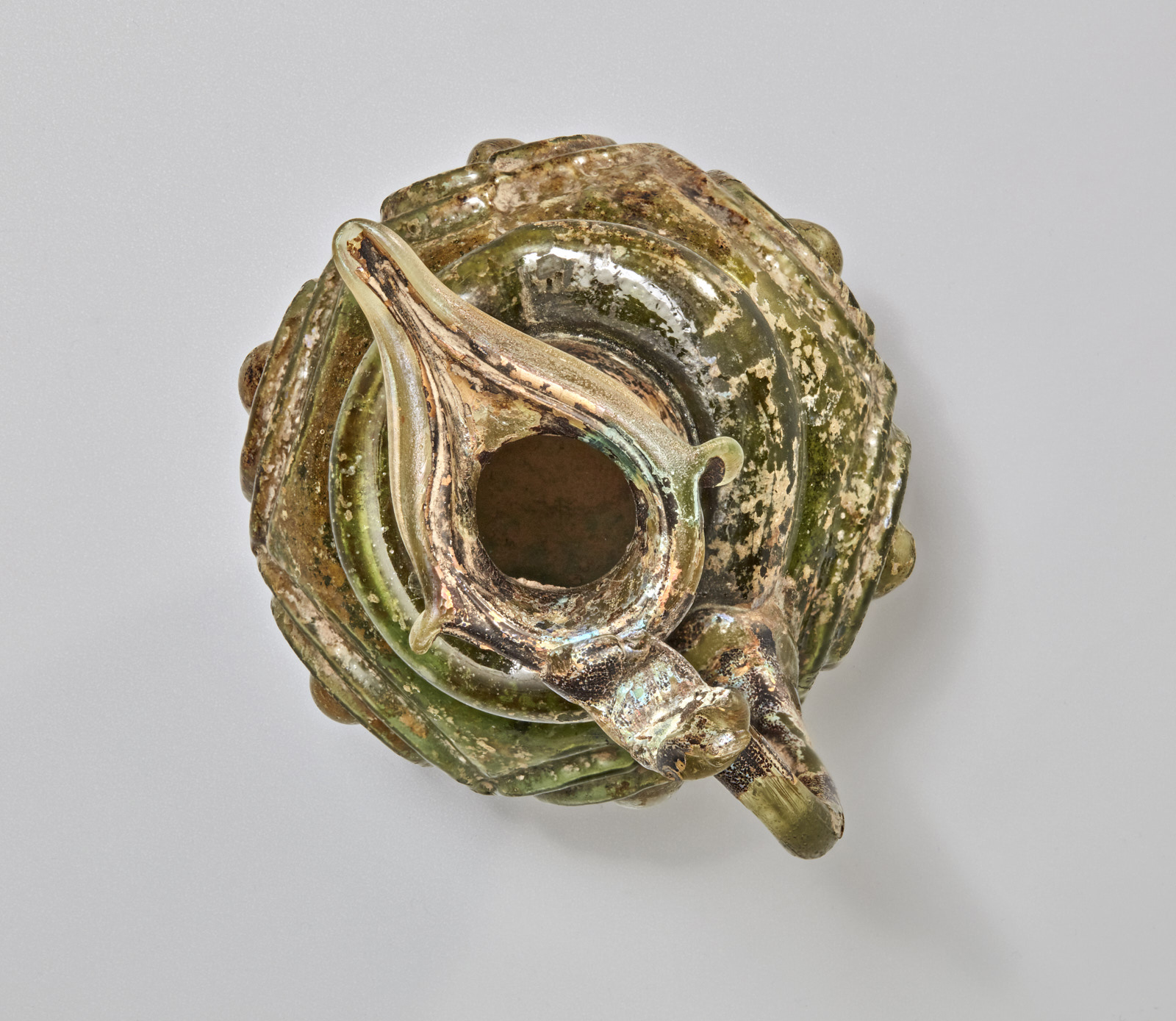 To achieve the “ring-and-dot” pattern on this ewer a gather of glass was blown into a mould.[2] Because the six disks are arranged in a continuous frieze, the neighbouring disks overlap each other and create the illusion of an additional row of disks. The vertical to slightly diagonal distortions on the body suggest that some difficulties occurred when the glass was removed from the mould. Because mould lines are not visible on the base, a two-part mould can be excluded.

The ewer’s body rests on a high splayed footring created by folding the glass inward. The mark of a pontil (a hot metal rod with some glass attached to it) can be seen on its base, affirming its use during the tooling process. Tooling has created many of the ewer’s unusual details. The opening of the neck was also tooled to receive a pointed spout, and two flattened protrusions were created at the sides of the spout. A round handle was attached to the wide cylindrical neck by a thick blob of glass, then pulled upwards and attached to the rim. An unusual thumbrest was tooled with a pincer instrument to a drop-like shape. Such details reached by tooling connect this ewer to a plain ewer without a handle whose rim has also been pincered several times. That ewer in the al-Sabah Collection in Kuwait has been dated to the 9th to 10th centuries and given a suggested provenance of Afghanistan.[3]

The ewer has a thick stepped shoulder that has not been widely noticed on glass vessels of the Iranian region. Perhaps the half-post technique was used to add this cylindrical neck.

A flask in the Khalili Collection in London has stepped shoulders which may therefore have been something common for eastern Iranian glasshouses. The flask was dated to the 11th and 12th centuries and a provenance in Iran or Afghanistan was proposed.[4] Due to these relations a similar date and provenance can be suggested for this ewer in the Aga Khan Museum Collection.