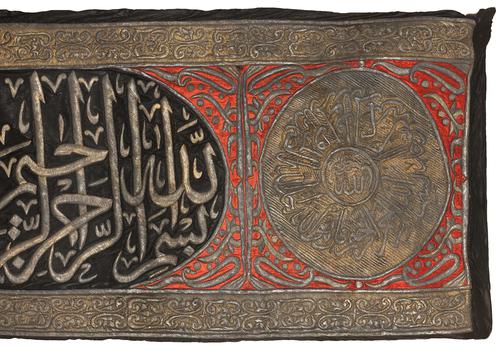 AKM823, Section of a ceremonial covering (kiswa) for the Ka‘ba building at the heart of the Masjid al-Haram Mosque in Mecca 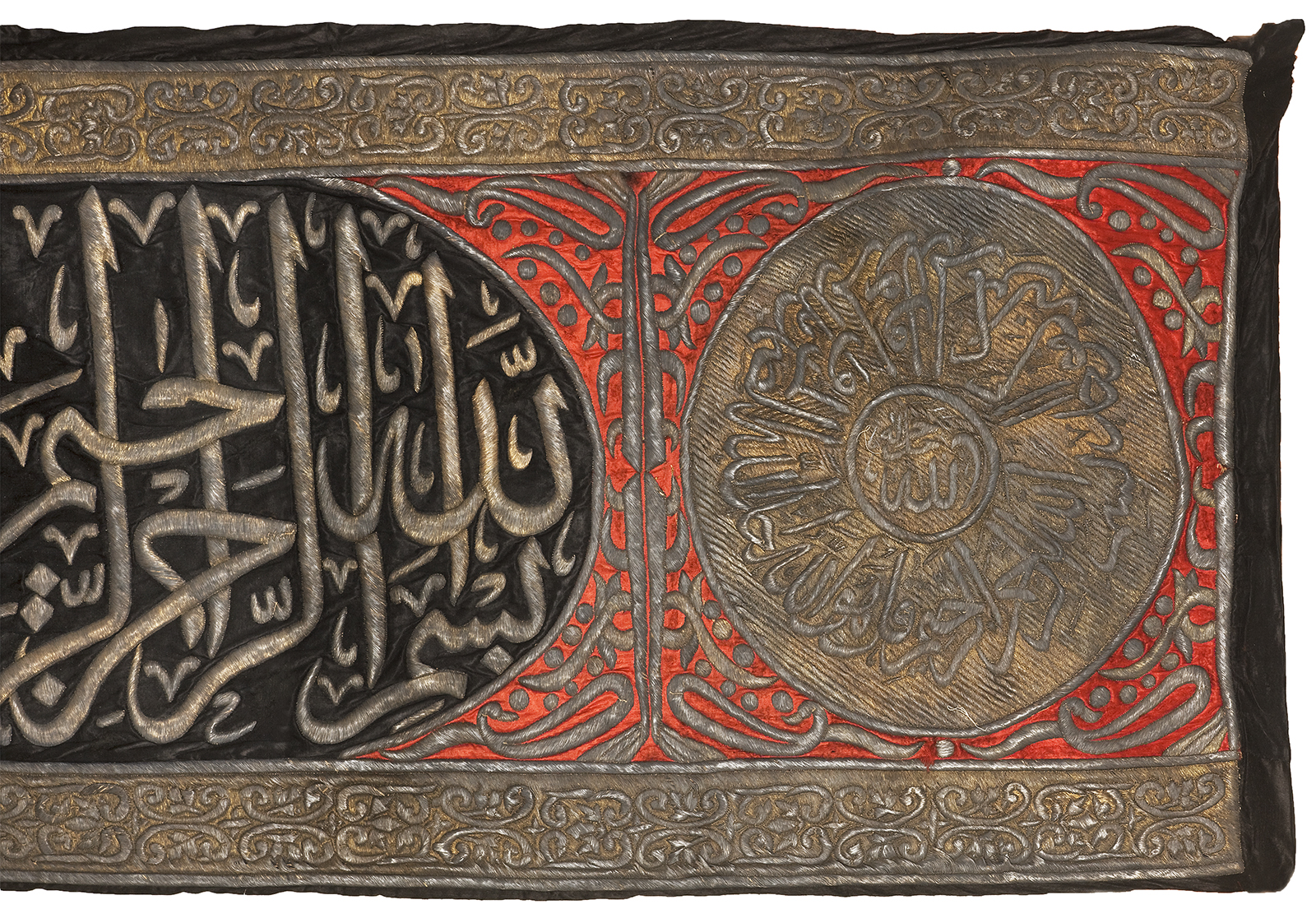 This fragment once belonged to a 47-meter long belt (hizam), embroidered with Qur’anic verses.

As one of the most prominent kiswa ornaments, the hizam traditionally runs the length of the Ka‘ba’s upper perimeter. The inscription here contains verses 27-29 from chapter 22 (Al-Hajj) of the Qur’an:

(Q22:27) ‘And proclaim to mankind the hajj. They will come to you on foot and on every lean camel, they will come from every deep and distant mountain highway. (Q22:28) That they may witness things that are of benefit to them, and mention the name of Allah on appointed days, over the beast of cattle that He has provided for them. Then eat thereof and feed therewith the poor who have a very hard time. (Q22:29) Then let them complete their prescribed duties and perform their vows, and circumambulate the Ancient House.’

The roundels contain further Qur’anic references that mention ‘God the Eternal’ as well as the Prophet Muhammad.

The Ka‘ba receives a new drape every year during the pilgrimage season. After it ends, the kiswa is taken down, divided and either gifted to dignitaries or sold to raise money for charity.