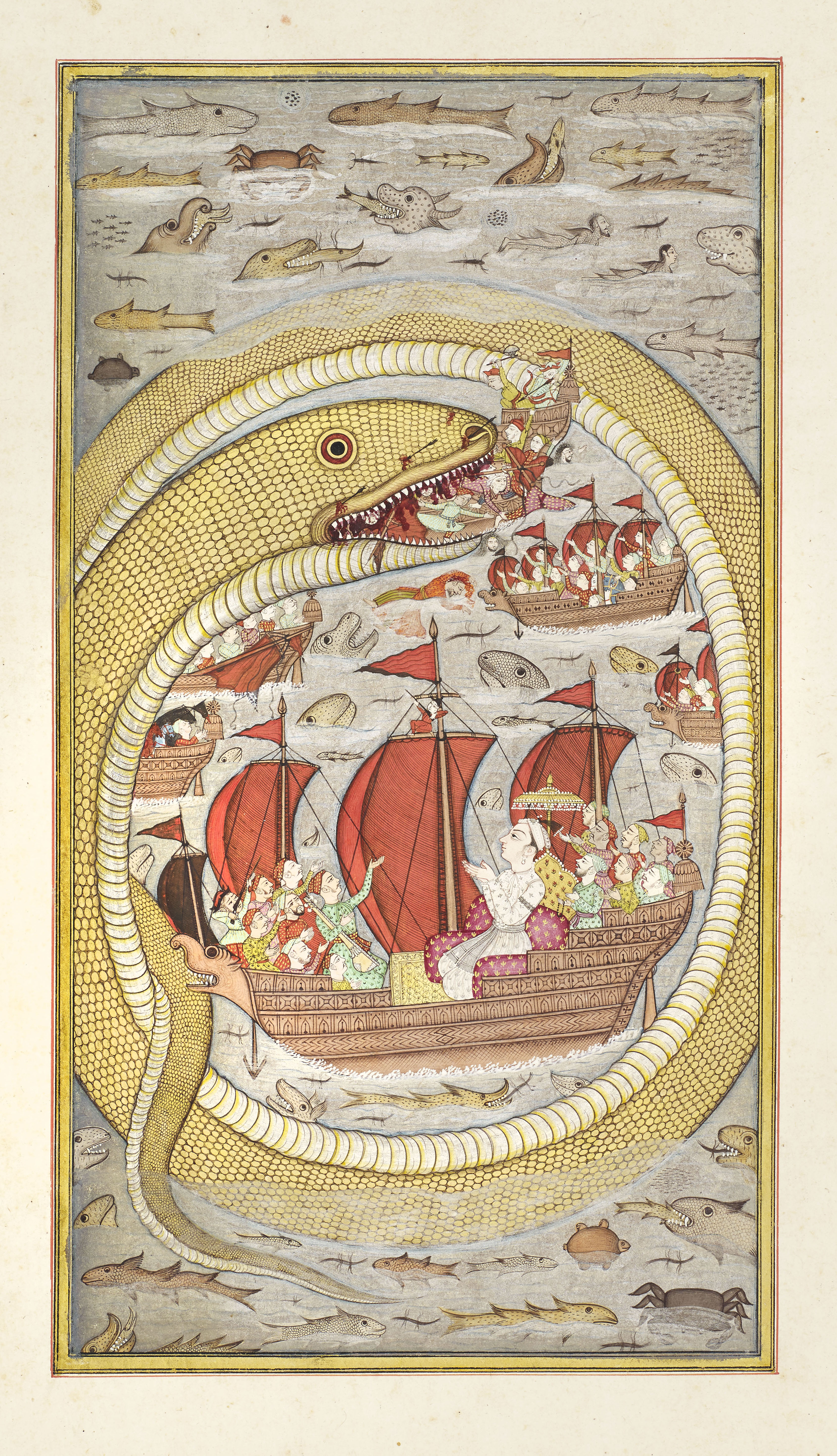 A giant sea serpent constricts its gold coils around a royal fleet, its full mouth leaving no doubt as to its intentions toward the remaining vessels. As if the carnivorous serpent were not enough, the alternative is a scary sea filled with demon-headed fish, giant crabs, and turtles, as well as a mermaid and merman. Most of the sailors appear to pray with upturned hands for deliverance from this nightmare. The painting has been identified as an illustration from the Gulshan-i 'Ishq (Rose Garden of Love) a heroic epic written in Deccani Urdu by the court poet Nusrati for Sultan 'Ali II ibn Muhammad 'Adil Shahi (r. 1656-72 CE) (Falk 1985, p. 174). The 'Adil-Shahis were great patrons of the arts and ruled Deccani Bijapur as an independent Shia kingdom from 1489 CE until it became part of the Mughal Empire in 1689 CE. It has been suggested that this painting was produced for an aristocrat at the end of Sultan 'Ali’s reign or during the reign of his successor, Sikandar 'Ali Shah (r. 1672-86 CE) (Welch and Welch 1982, p. 229). The theme of disaster at sea in this painting may be compared with similar episodes in the Hamzanama as part of the picaresque genre of adventure-romances, featuring heroes who travel through strange lands and meet with danger on land and sea.