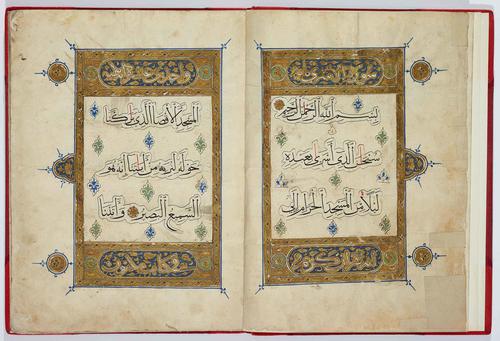 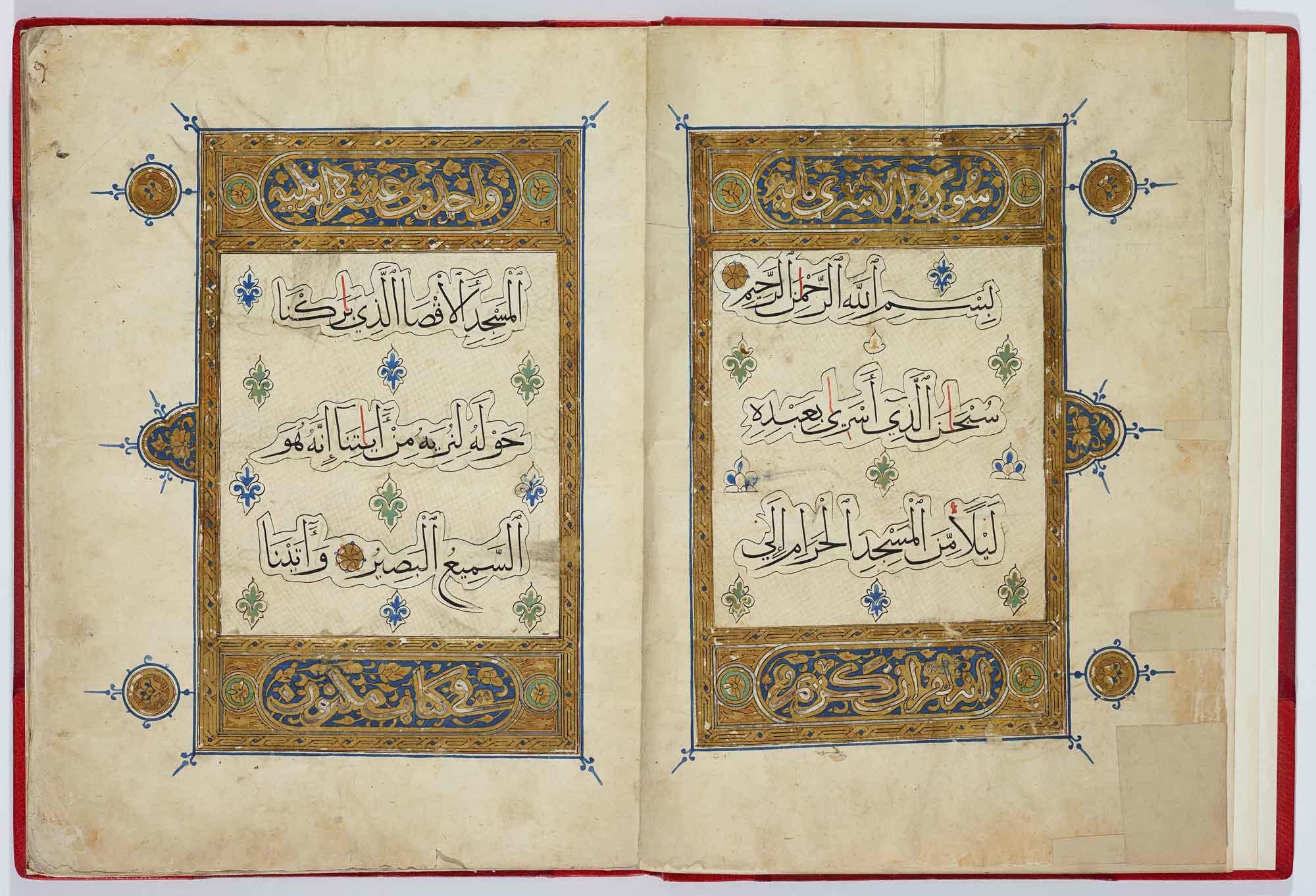 Qur’ans copied under the Mamluks, who ruled in Syria and Egypt between 1250 and 1517, were mostly commissioned by sultans or their officials as endowments (waqf) given to elaborate architectural complexes that were established to house religious and charitable foundations. Some of these Qur’ans, like this section (juz’), were copied in multiple volumes. This juz’ from a late fourteenth-century Qur’an demonstrates a typical layout with a lavishly illuminated opening page followed by simpler text pages where the decoration is limited to verse markers. The gold-filled elaborate braid that frames the three-part division of the opening pages indicates a wealthy, if not royal, patron. An inscription on the leather binding suggests that this Qur’an was copied for the religious complex of the Mamluk Sultan al-Zahir Barquq, who ruled intermittently between 1382 and 1399.