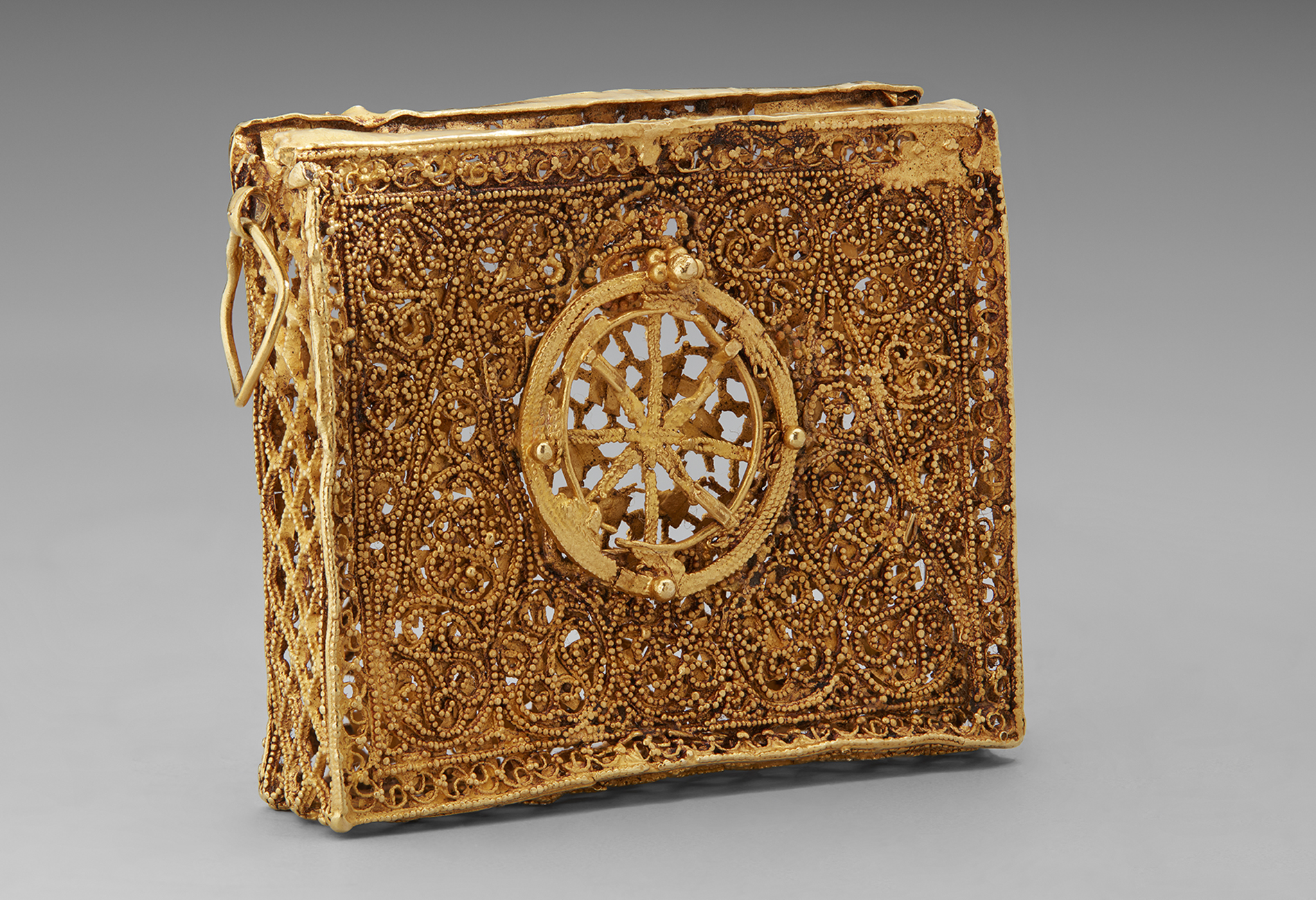 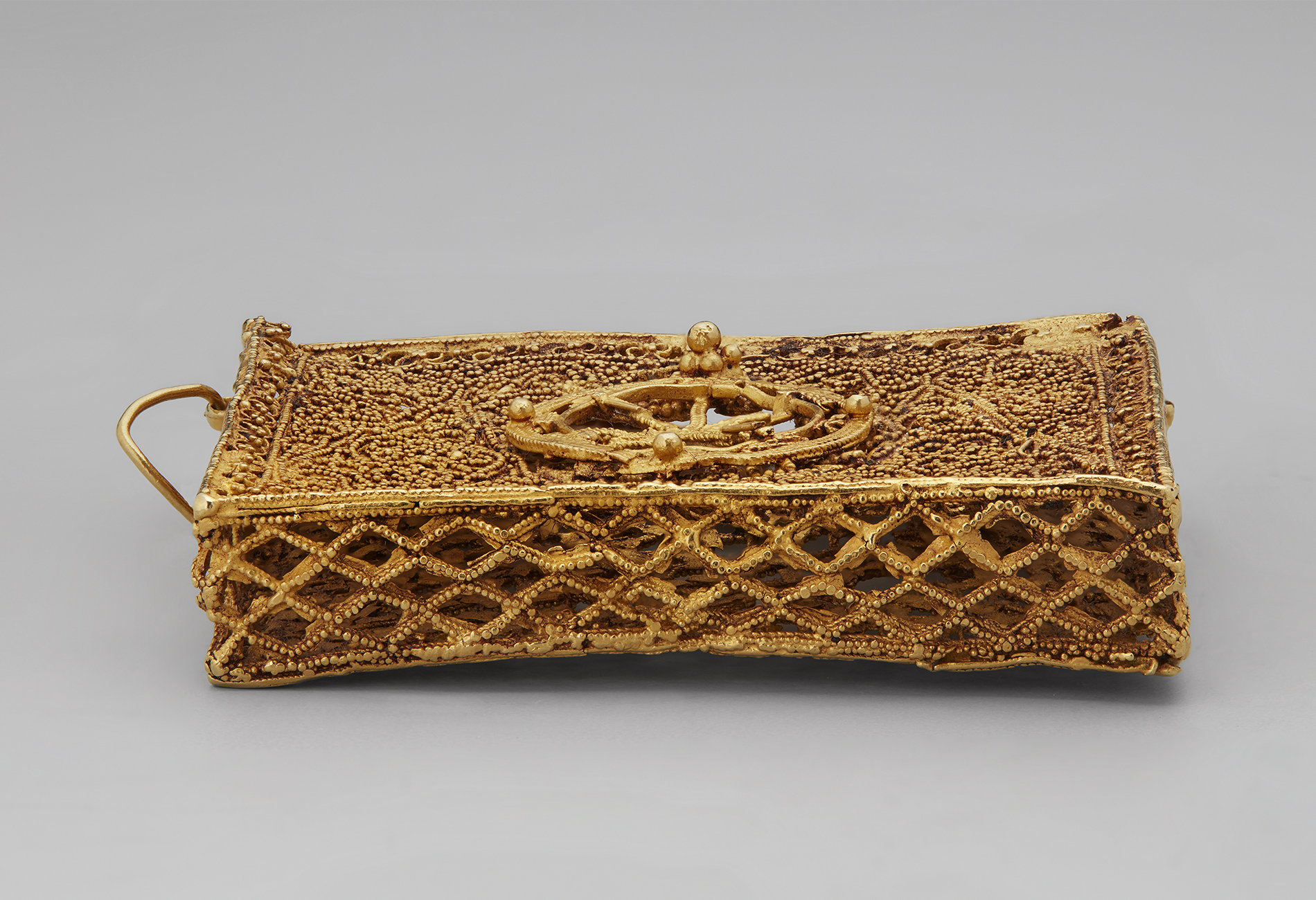 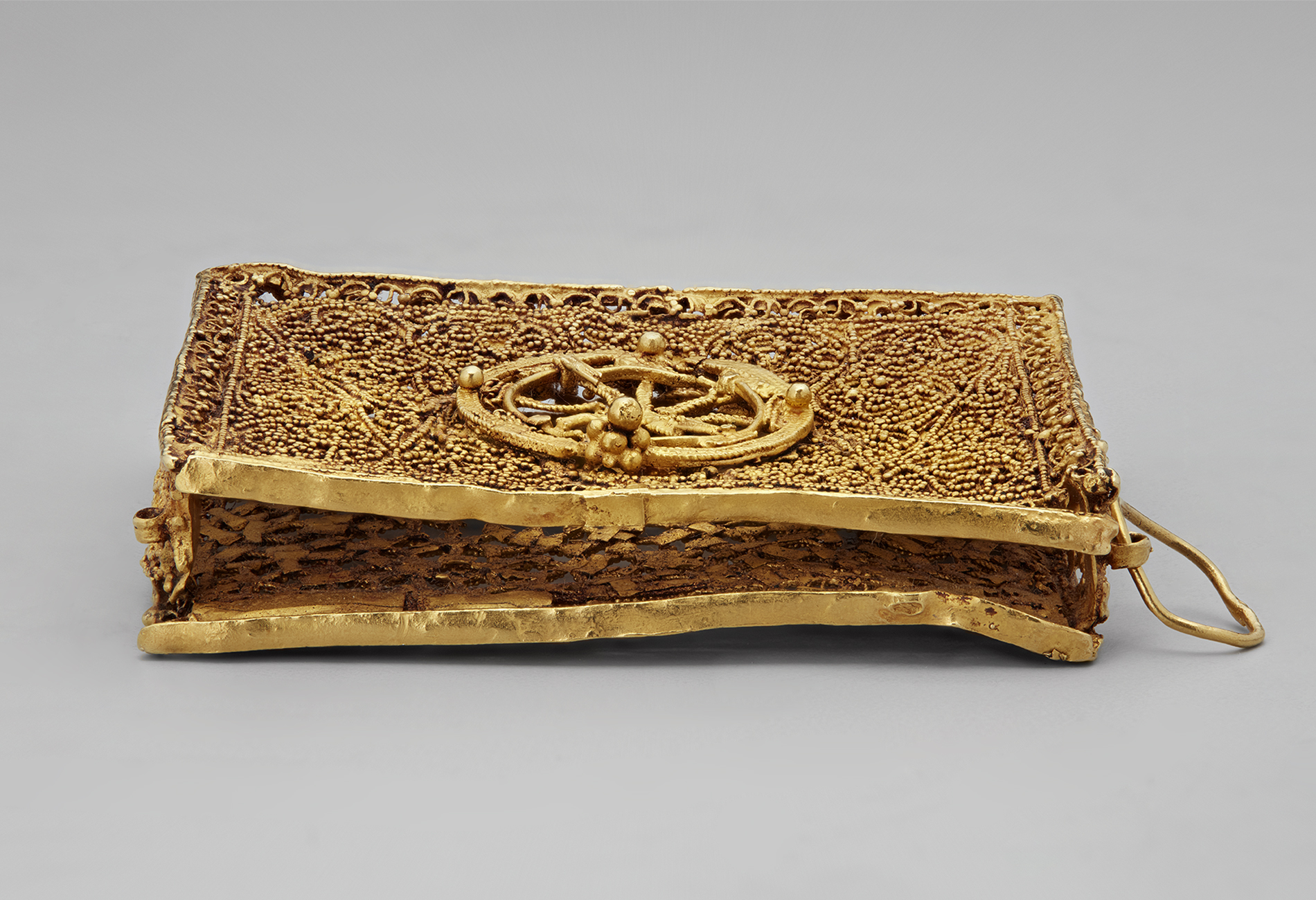 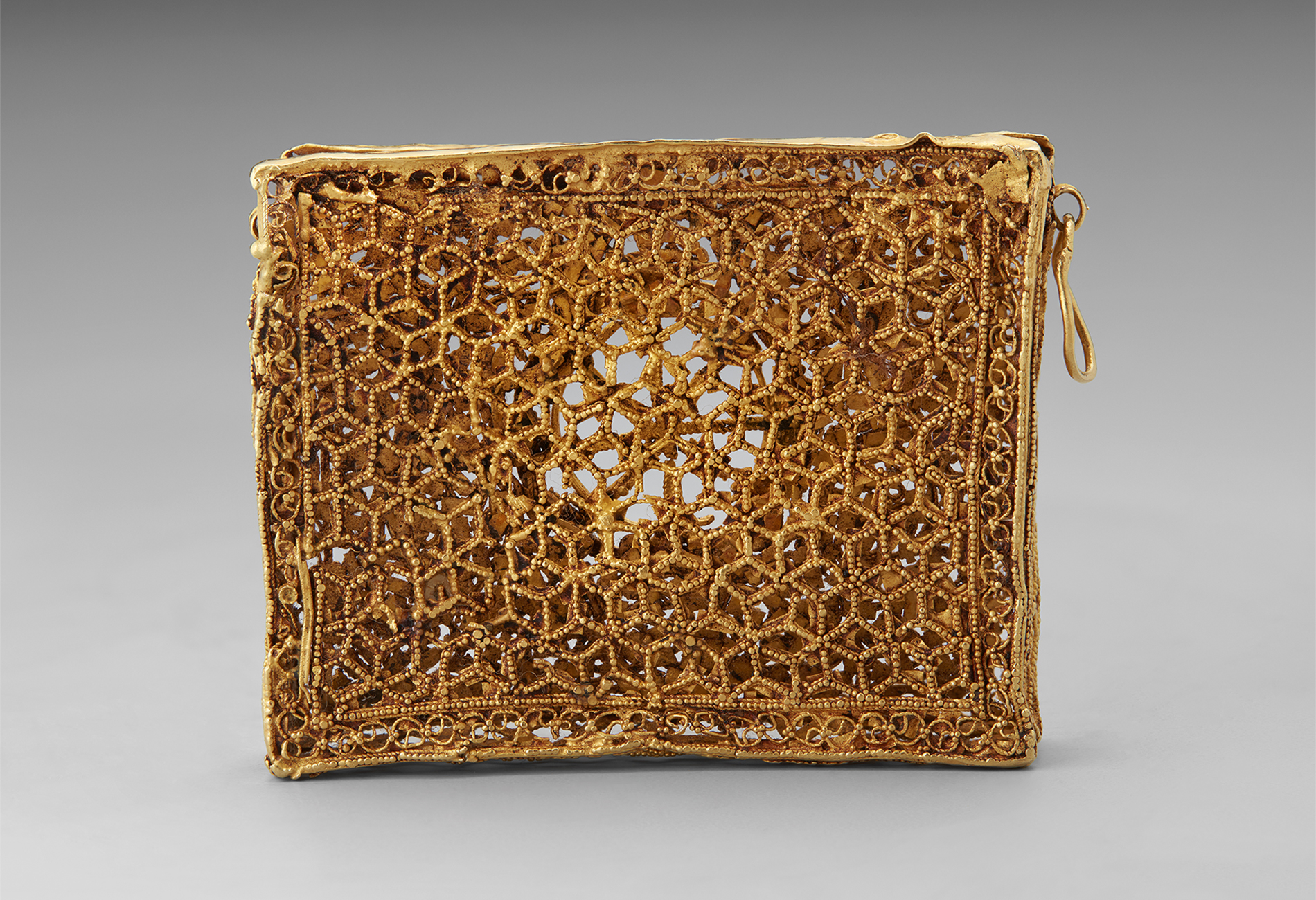 One of the most triumphant dynasties of the medieval world, the Fatimids ruled from the seat of their empire in Cairo, their territory stretching across North Africa, and extending as far east as the Levant and Hijaz. Deriving their name from Fatima, daughter of the Prophet Muhammad, the Fatimid Empire maintained important trade relations within Africa, as well as with empires around the Indian Ocean and Mediterranean Sea. They formed an especially important relationship with the nearby Byzantine Empire (ca. 330–1453), and some Fatimid jewelled objects have very distinct links to Byzantine objects (see AKM594). The filigree and granulation on this object are also seen in contemporary Byzantine works.

The elaborate filigree on this Qur’an case demonstrates a style known as “rope and grain filigree,” [2] wherein artisans combined twisted fine wire known as “rope” with beaded granulation to create a complex and almost sculptural ornament. This openwork filigree is referred to as mushhabbak (latticework) in 12th-century trousseau lists from the Cairo Geniza documents, a trove of medieval documents found in the Ben Ezra Synagogue in Fustat, Egypt.[3]

Varying ornament patterns on each side of the case illustrates the goldsmith’s skill and creativity. The front is comprised of dense scrollwork around a central panel, which likely once held an inset, while the verso is comprised of repeating hexagonal motifs. While filigree remained an important element of Fatimid jewellery, the use of granulation eventually felt to the wayside, something that scholar Marc Rosenberg referred to as “the battle of granulation and filigree” in which the latter eventually prevailed.[4] This analysis suggests that this Qur’an case is among the earliest of Fatimid jewel types.

The Cairo Geniza reveals much about jewellery production during the Fatimid period, including prices, terminology, and details about these industries, much of which was staffed by Jewish craftsmen. The Fatimids obtained gold from a number of sources, including nearby mines in Nubia (modern-day Sudan) as well as in the Kingdom of Ghana. In other cases, Fatimid artisans melted down and repurposed metal from older jewellery, a likely fate for many Fatimid pieces which no longer exist today. The infamous looting of the treasury of Fatimid caliph al-Mustansir (1036–94) in circa 1070 resulted in an invaluable loss of many riches from this period.