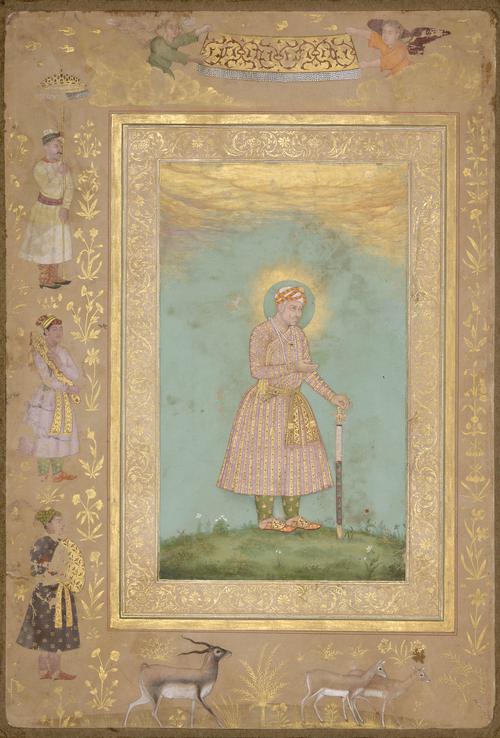 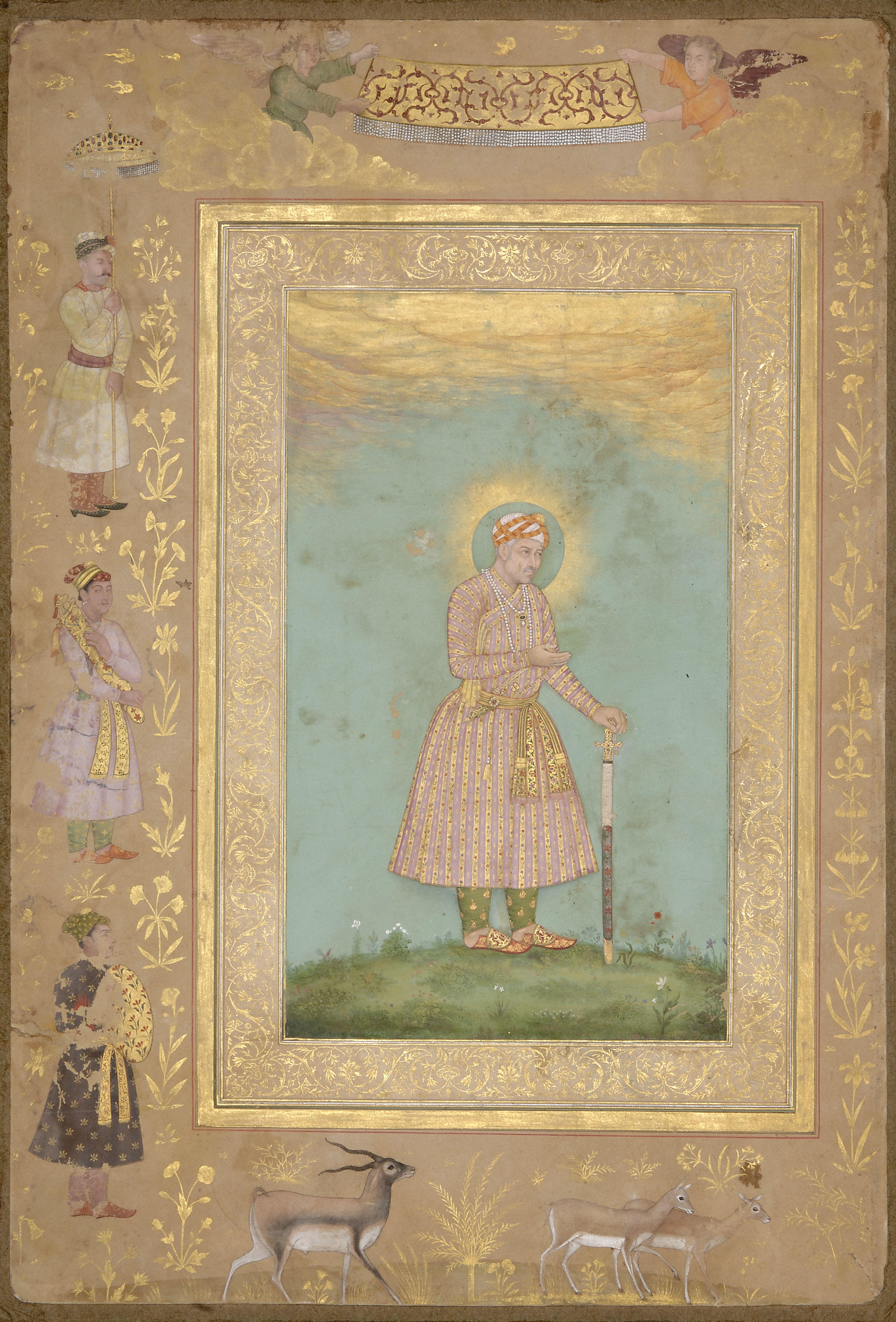 Portrait of Akbar in old age

This posthumous portrait of the Mughal emperor Akbar (r. 1556-1605 CE) was probably commissioned by his grandson Shah Jahan (r. 1628-58 CE), who was thirteen when the emperor died. The aged Akbar is depicted in three-quarter profile, a view reserved for figures of lesser rank but perhaps accepted for posthumous emperor portraits. Mughal conventions such as the golden halo and the fact that the emperor stands upon the orb of the world signify Akbar’s power as a ruler. The intricate details of his embroidered robe and sash, the pearls around his neck, and the bejewelled dagger hilt emphasize his royal standing and are complemented by a scrolling vegetal border rendered in gold. On the border of the album page, believed to be contemporary with the portrait, three of the emperor’s attendants stand symbolically (and literally) behind him, respectively holding his umbrella, standard, and shield. Two puttis, winged angelic figures derived from European models, hold a golden canopy protectively over Akbar’s portrait, while the antelope and deer depicted below, also on the earthly orb, associate the reign of the late emperor with a peaceful era. This portrait is believed to come from Shah Jahan’s last album, the compilation of which began around 1650 CE, and may never have been completed. Its paintings include several single-figure portraits that acted as models for future albums (Canby 1998, p. 151). The numerous border paintings are extremely developed and skilful works of art in their own right. In the early twentieth century, the “Late Shah Jahan Album” was unfortunately dispersed, and the pages, often split into two, were sold separately.