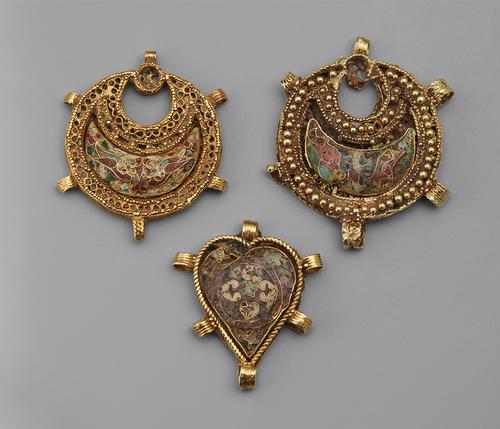 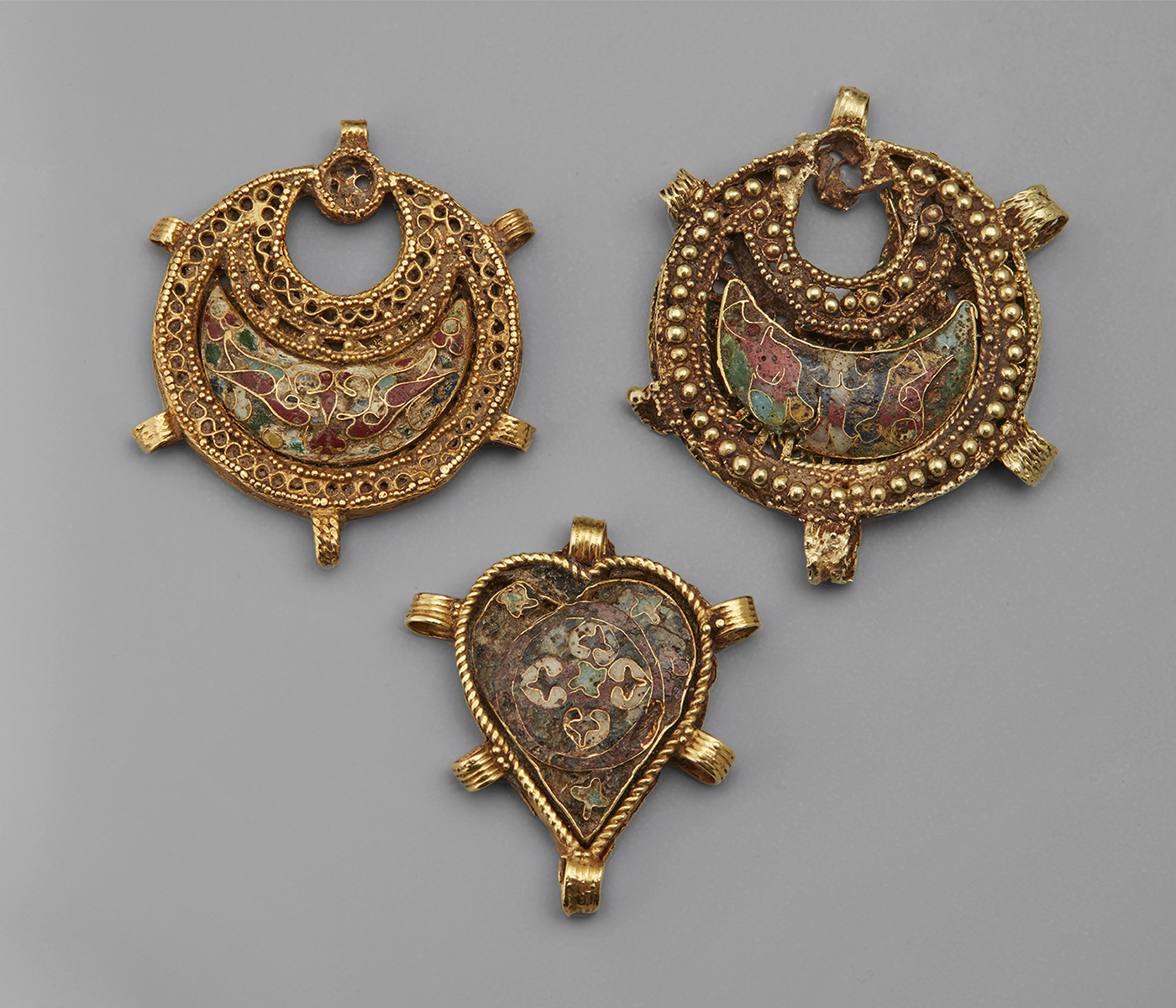 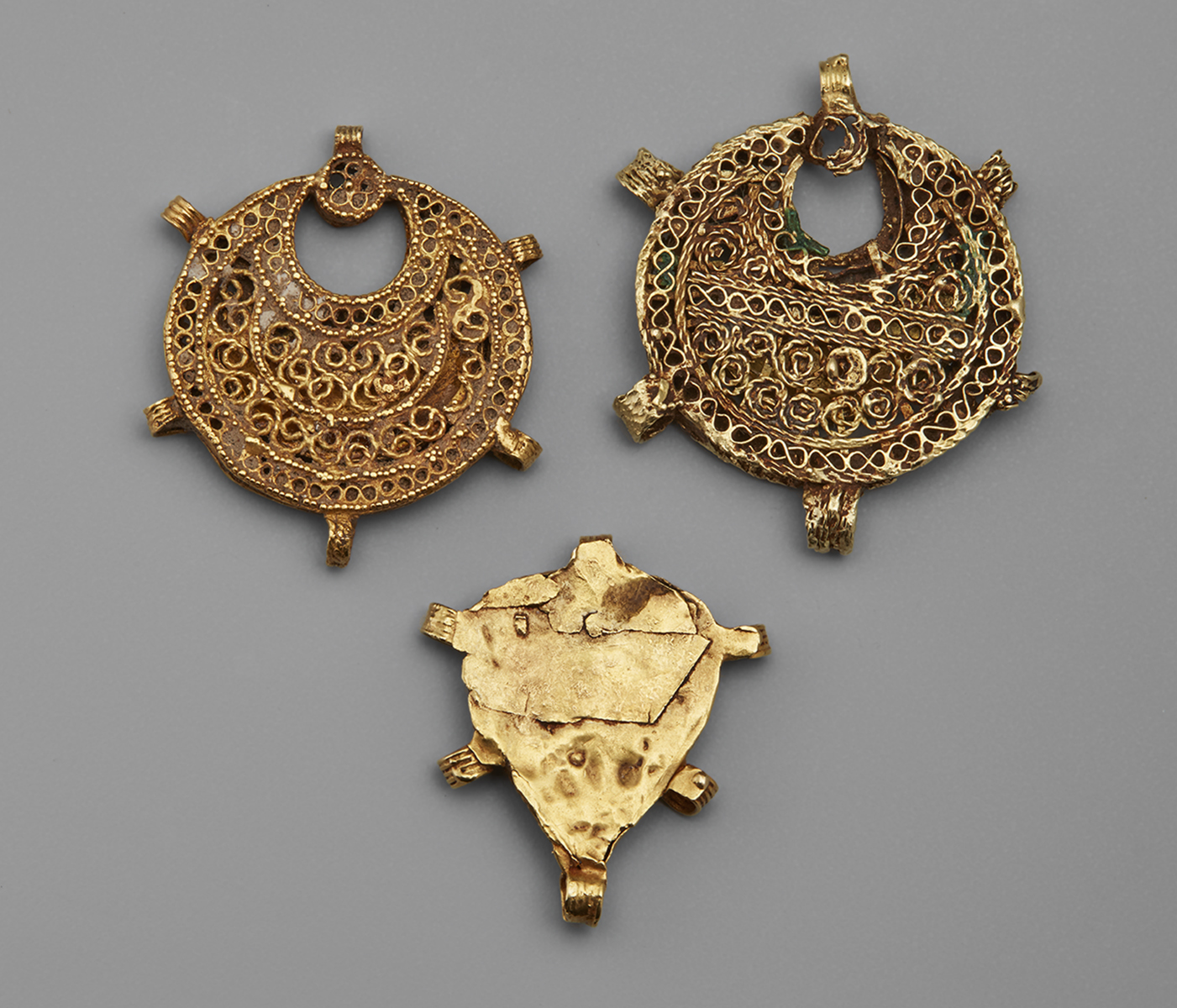 Descendants of Fatima, daughter of the Prophet Muhammad, the Fatimids (909–1171) conquered territory across North Africa, the Levant and Hijaz. Ruled from Cairo, the empire stretched as far south as Nubia (modern-day Sudan), where the Fatimids maintained control over the important gold mines which provided the raw materials required to make these sumptuous jewels. The Fatimids also established trade relationships with the neighbouring Byzantine Empire (ca. 330–1453), whose vast territory and changing borders were controlled by Constantinople (modern-day Istanbul).

Pendants of a crescent (hilal) shape were popular in both Byzantine and Fatimid jewellery; sometimes, as in the present objects (AKM594 a and b), they were ornamented with cloisonné enamel insets. [1] Heart-shaped pendants were less common among surviving objects from this period, but this may be due to the looting of the treasury of Fatimid caliph al-Mustansir (1036–94) in about 1070, after which many metal objects were melted down and repurposed.

The cloisonné enamel displayed on all three pendants is a common feature of Byzantine earrings and temple pendants. [2] The crescent-shaped pendants from the Aga Khan Museum Collection depict birds, and likely once had an inlaid bead or gemstone at the base of the crescent. [3] On the heart-shaped pendant, the cloisonné ornament decorated with cross-shaped motifs resembles Byzantine examples. These pendants display two additional techniques common to Fatimid and Byzantine jewellery: filigree (where wire is used to create intricate decoration) and granulation (where a surface is covered in fine particles of precious metal).

It is most likely that while the box-constructed, filigree and granulated gold pendants were produced by master craftsmen in Egypt or Syria, the cloisonné enamel plaques were actually produced in the Byzantine kingdom and sold as pieces to Fatimid jewellers, who set them into the void using an adhesive. [4]