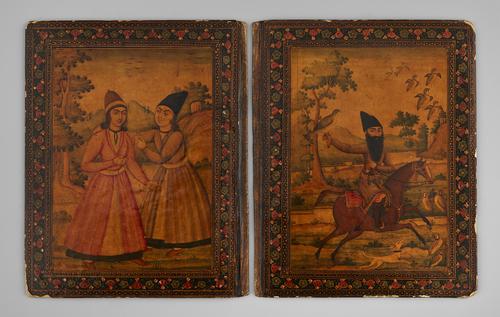 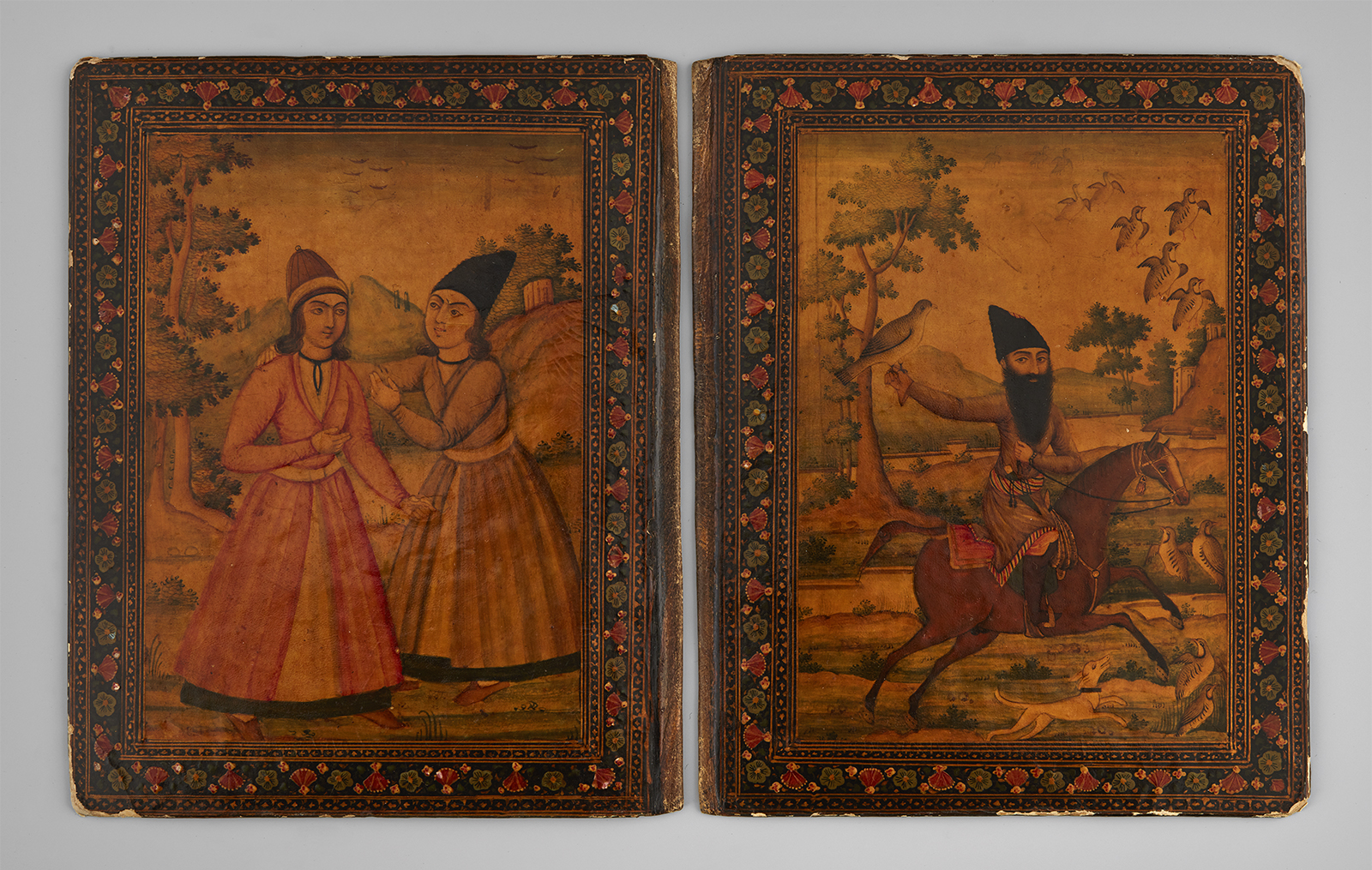 Depictions of Fath ‘Ali Shah hunting are found in a wide range of media, including exceptional lacquer bindings and boxes signed by Muhammad Baqir and Sayyid Mirza (now in the British Library); a monumental painting in the Former Viceroy’s Palace (Ashoka Hall, Rashtrapati Bhawan) in New Delhi; and rock reliefs at Firouz Kuh at Tanga-yi Savashi and in Rayy. Yet, in none of these examples is he portrayed as a lone falconer. This dearth of imagery is surprising, given that Fath ʻAli Shah Qajar was reportedly a passionate and skilled falconer who spent hours and sometimes weeks engaged in a sport that, for centuries, was a symbol of the fortune, power, and stability of the thriving sovereign. As well, artistic, literary, and historical references to falconry (baz-dari) and hawking parties are numerous. One foreign observer mentions that it was common for people of distinction to keep falcons, sparrow hawks, and other birds of prey for sporting. A few early life-size Qajar paintings on canvas also show youths holding falcons, including one in the Hermitage Museum Collection, Petersburg and a painting in the collection of the Metropolitan Museum of Art.[1]

It is unclear why a dervish is depicted on the back cover of this binding. While Sufism experienced a revival in Iran during the late 18th and early 19th centuries, Sufis became a powerful force whose members were often viewed with suspicion by the court and the state-supported ʻulama (clerics). Unlike his successor Muhammad Shah Qajar, Fath ʻAli Shah was not very engaged in Sufi activities. He also sided frequently with the clerics who were increasingly hostile toward Sufis.

Notes
[1] The painting of a young prince holding a falcon is now in the collection of the Metropolitan Museum of Art, accession number: 2017.646.