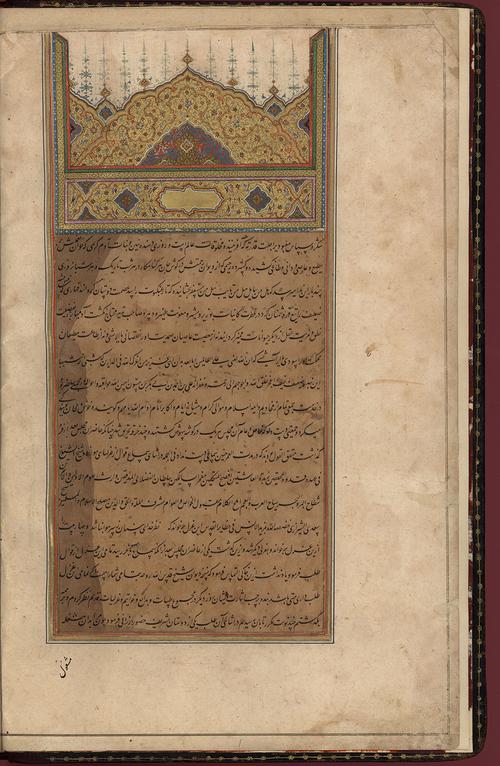 AKM284, Manuscript of a Complete Works (Kulliyat) of Sadi 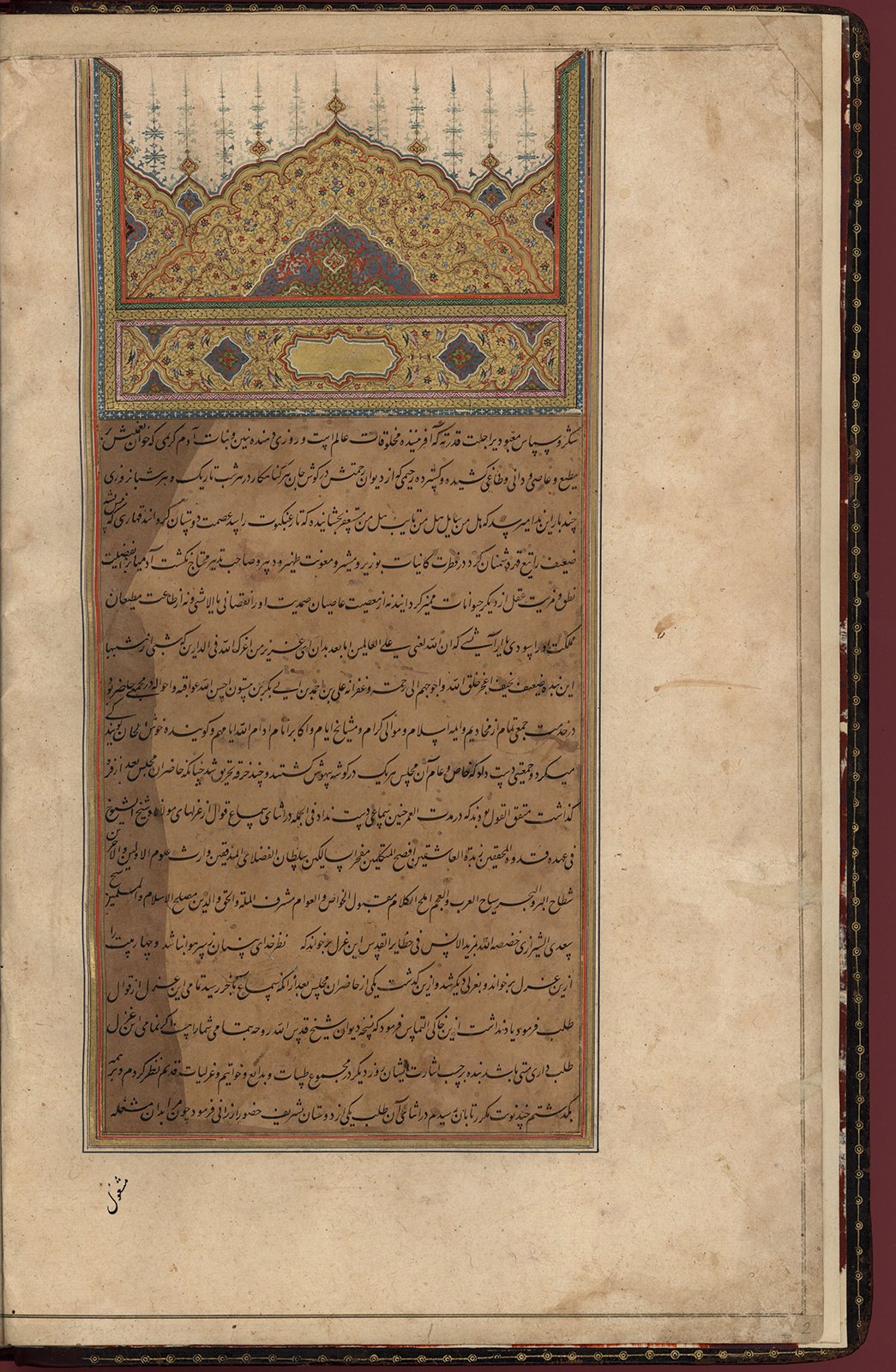 It appears that this manuscript was created at the Mughal court of northern India in the early 17th century. Twenty-three paintings have been included: one illustrating the “Five Sermons” and another the “Three Accounts”; thirteen illustrating the Bustan; three illustrating the Gulistan; two illustrating the Persian Qasidas; and three illustrating the final section. Two of these paintings have been ascribed to the great Mughal artists Dharm Das and Hiranand. In addition, one painting is attributed to Aqa Riza Jahangiri, and two further paintings are attributed to Hiranand. However, there is great variety in the paintings, and some fall at unusual locations within the manuscript (see AKM284.15), suggesting that additions may have been made to the manuscript at different times. A colophon at the end of the text supplies the information that it was copied by the renowned calligrapher `Abd al-Rahim al-Haravi, known as Anbarin Qalam (Amber Pen), but it does not mention a date or place of completion. Based on the dates of al-Haravi’s career and the style of the paintings, a date of ca. 1604 has been suggested for the completion of the manuscript.

An abraded seal on the reverse of the first page of text belongs to the Mughal emperor Shah Jahan. Next to it is an inscription, now scratched out, that might have been added by a Mughal librarian.