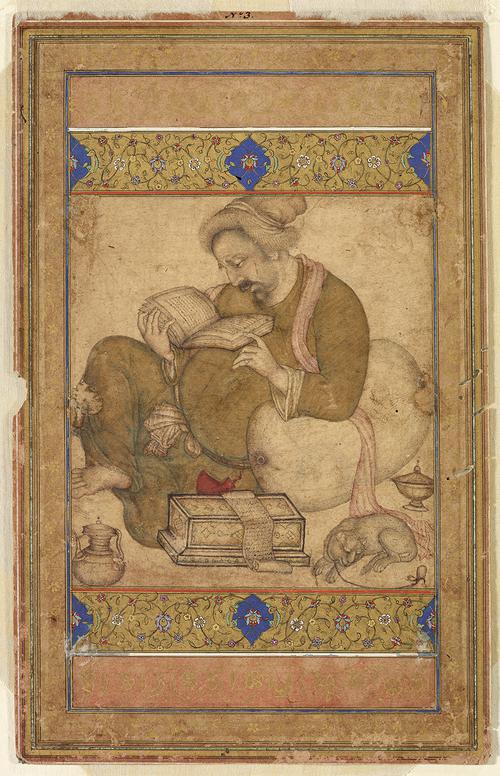 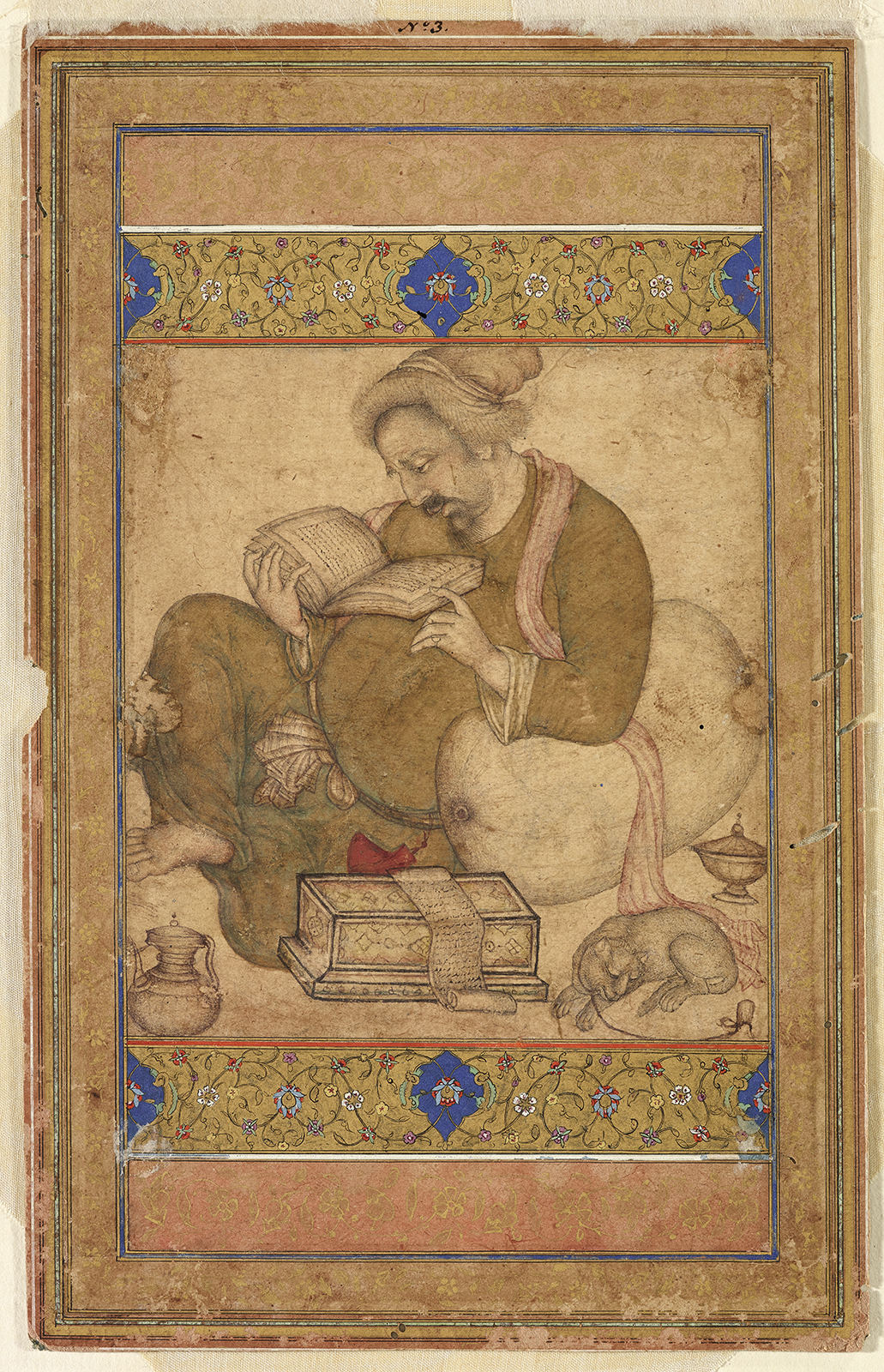 Nim qalam is a method of creating drawings as finished works, a kind of tinted drawing especially developed in the Mughal Empire and the favoured technique of the Iranian artist Aqa Reza [3] (1560–1621) (see AKM166). The technique is closely related to European grisaille, a method of painting or drawing in grey monochrome that was often used to imitate sculpture and engravings, especially those of Flemish and German origin. Basawan knew of Western works of art in grisaille and was interested in the European knowledge of volume and perspective that he saw in them. They may have been a source when Basawan created his extremely fine brush drawings in black ink. He transformed European subjects through nim qalam into something new and different, creating a perfect hybrid.

As a young Hindu, Basawan joined the courtly workshop of Akbar at Delhi.[4] He was probably trained by Abd al-Samad, a great artist and an émigré from Tabriz who was involved in and laid the foundation of the Mughal school of painting.[5] Basawan became one of the great masters of the courtly Mughal workshop for more than 40 years.[6] It seems that corpulent people were a hallmark of Basawan’s art. A later drawing of an inebriated European shows similar attributes to the learned man in this drawing.[7]